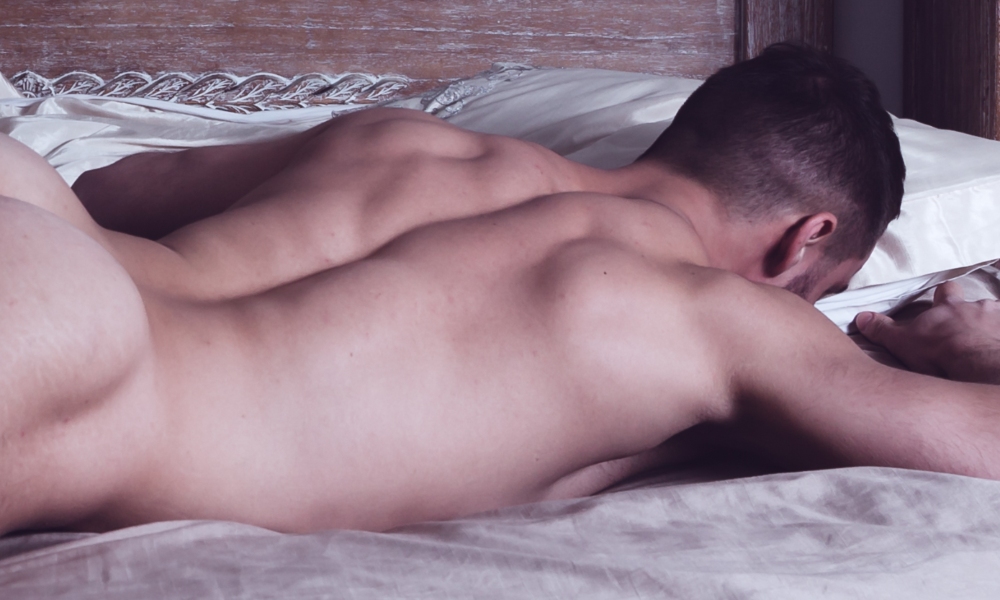 9 Simple Reasons You Should Sleep Naked

According to a recent poll from the National Sleep Foundation, only 12 percent of Americans sleep in their birthday suits. That’s a complete and utter travesty, considering we spend almost half our lives sleeping. You’d think as guys we’d feel a need to let the beast out of its cage, but unfortunately, many of us don’t.

I love a guy who sleeps au naturel. Skin-to-skin contact, either with ourselves or with someone else, creates a better psychological connection to the world. I don’t want to get too deep about it, but whether you realize it or not, sleeping in the buff can alter our entire sexual confidence. Here’s why:

1. You’ll have a better personality

When you sleep better, you’ll be in a better mood, which means you’ll have a better personality, which means you’ll be more attractive. In order to fall asleep, your core body temperature needs to drop by about half a degree. In order to stay asleep, that temperature needs to be regulated, otherwise, your brain wakes itself up.

The trick is getting to deep sleep, i.e. REM sleep. You might “get enough” sleep, but in order for your body to reap the benefits and attain all the fabulous things people talk about in health books — cell repair, brain reboot, memory consolidation — you need to have deep undisturbed sleep. When you’re nude, your body cools down a lot quicker. Help as much as you can to achieve this. Your sex life will be much better.

Did you know your scrotum needs to be at a certain temperature in order to optimize semen production? Doctors say keeping your testicles between 95 to 96 degrees, just under the temperature of the rest of your body, will make better quality sperm. Hot saunas (when used frequently), layers of clothing and, yes, tight underwear, can raise the temperature, decreasing our sperms quality, texture, and sometimes taste.

3. You’ll feel better about yourself

Sleeping naked encourages you to touch yourself. If I were you, I’d rub myself in lavender oils so that when you wake up the next morning, not only do you smell fantastic, but you feel sexier.

Related | 9 Things You Didn’t Know About Your Load

Sometimes, I’ll take it one step further and rub pheromone oil everywhere — trust me, if you have a boyfriend, this is a sure fire way to have the best morning sex of your life.

4. You’ll be a better bottom

The secret to being a better bottom is a better metabolism, and staying cool throughout the night actually helps to rev it all, according to a 2014 study in the journal Diabetes. Researchers found that when people slept in a chilly room or without clothes, their metabolism also increased throughout the day — but it’s something that evolves slowly, like, say a few weeks. So take the clothes off: A better metabolism is a better bottom!

Basically, it has to do with body temperature. Sleeping in layers of clothes increases temperature throughout the night, and when that happens you’re actually disrupting the release of melatonin and growth hormone, which are our main anti-aging hormones. Fewer clothes mean you’ll be cooler throughout the night, which allows hormones to do their thing to make us youthful for a lot longer.

6. It will improve your relationship

There’s a little hormone called oxytocin in our brains that reduces stress, makes us more connected with people, and increases our sex drive. But the major way it can be triggered is through skin-on-skin contact.

A little penis play throughout the night helps, too. According to a survey of 1,000 British adults by a bedsheet company this year, those who slept in the buff had happier love lives. In fact, 57 percent of nude sleepers were happy with their relationships, while only 48 percent of clothing-wearers weren’t. Any excuse to be naked with your man under the sheets is a good one.

Have you heard of “brown fat”? It’s known for its ability to produce 300 times more heat than any other organ, thus being able to burn “white fat,” (the fat we gain when we eat more calories than we burn) i.e. bad fat. Brown fat is common in babies — it’s what keeps them warm. But studies found adults have it too and having a cool body temperature while sleeping increases it.

Related | A Brief History of Manscaping

A study in the journal Diabetes found that when you’re sleeping at a cool body temperature (around mid-60s Fahrenheit), you can double your volume of brown fat, henceforth burning more calories throughout the day. Your insulin sensitivity may also improve.

Let’s face it, our penises are pretty sensitive if even a gust of wind picks its edge. Sleeping unclothed makes no excuses for our penises to stay flaccid. Whether you have a man sleeping next to you or if you’re by yourself, it’s going to be excited to touch anything. This will inspire you to help it along…

9. It’s good for your balls

When you sleep in your underwear, you’re actually increasing the odds of getting an infection, doctors say. Why, you ask? Because underwear retains heat and moisture, thus increasing the existence of bacteria since they thrive in warm environments. More bacteria means a higher likelihood that any chaffed or irritated skin in this general area can be infected. Think of the balls, man!

9 Simple Reasons You Should Sleep Naked