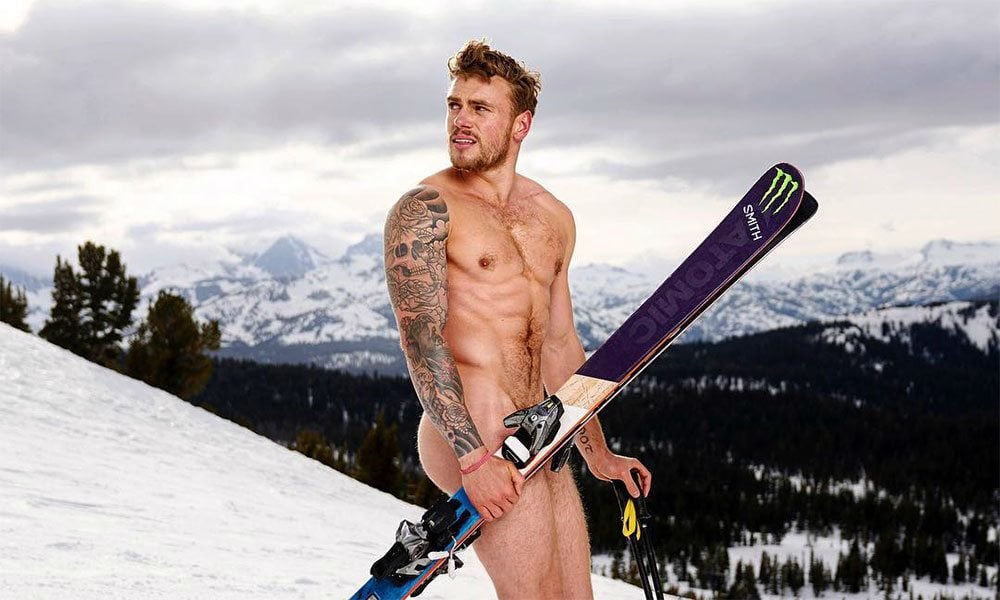 In 2015, Gus Kenworthy appeared in ESPN The Magazine and came out as gay publicly. Yesterday, ESPN revealed Kenworthy’s spread for ESPN The Magazine‘s Body Issue 2017. For the ninth annual Body Issue, Kenworthy posed for a fearless photo shoot in his birthday suit and showed off his muscular physique.

In the article, Kenworthy opened up about his insecurities saying, “I have felt so insecure about my body at times. I’ve been on every end of the spectrum. I felt like I was too skinny and wished I could be muscular. I’ve felt like I was chubby and wanted to be skinny. I think everybody suffers from body image issues.”

Related | Gus Kenworthy Opens Up About Life in the Closet

“I might exude confidence sometimes, but I’m pretty insecure. I have started to feel better knowing that my body isn’t perfect, but it is the best that my body can be, and every day I try and better it.”

The 25-year-old Olympian took to Instagram to express his excitement for the project. He shared a sincere message to his fans as well as a few photos from the shoot.

“Y’all wanted nudes? You got ’em! So excited to finally get to show you guys my photos from the ESPN Body Issue! Everything about this shoot was terrifying: I had to be naked, on a ski mountain, standing in the snow posing in front of a crew of 16 people for six hours!

Although that might sound like torture, it actually ended up being one of the most amazing experiences of my life! It’s kind of crazy how quickly you can get comfortable in an awkward situation with just a few shots of tequila. Lol. I really can’t thank Ben Lowy (the photographer) and the rest of the crew enough for making me so comfortable and for doing everything to capture me in the best light possible.

The Body Issue is, to me, a perfect combination of sport and art and I couldn’t be more proud or honored to have been a part of it! More pics to be posted soon but don’t forget to pick up your issue on newsstands this Friday, July 7th! #BodyIssue #BodyIssues #DaddyIssues