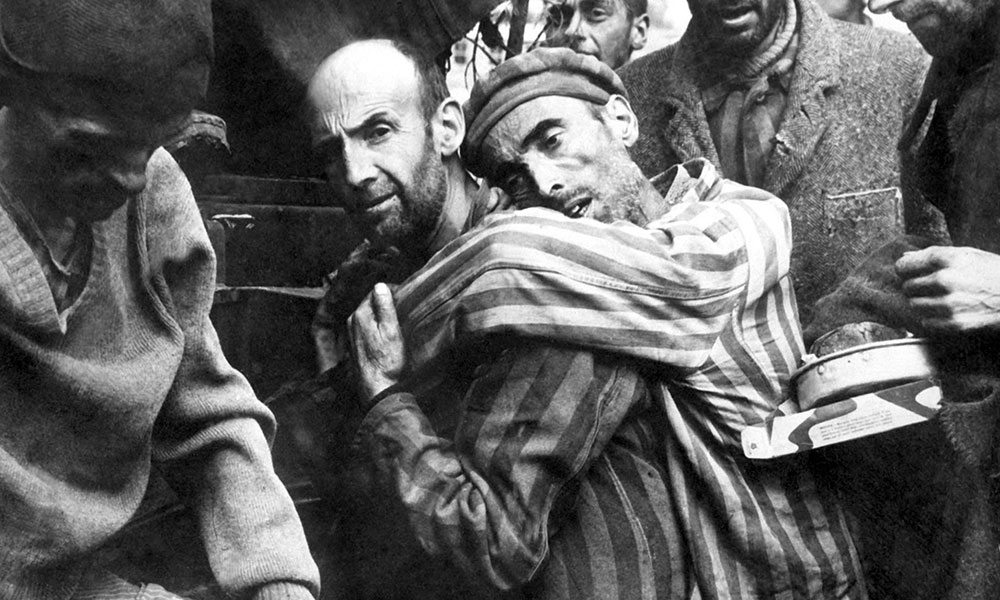 Very recently, Germany’s Cabinet approved a bill that will expunge the convictions of tens of thousands of German men for “homosexual acts” under that country’s anti-gay law known as “Paragraph 175.” That law dates back to 1871, when modern Germany’s first legal code was created.

It was repealed in 1994. But there was a serious movement to repeal the law in 1929 as part of a wider LGBTQ rights movement. That was just before the Nazis came to power, magnified the anti-gay law, then sought to annihilate gay and transgender Europeans.

The story of how close Germany — and much of Europe — came to liberating its LGBTQ people before violently reversing that trend under new authoritarian regimes is an object lesson showing that the history of LGBTQ rights is not a record of constant progress.

In the 1920s, Berlin had nearly 100 gay and lesbian bars or cafes. Vienna had about a dozen gay cafes, clubs and bookstores. In Paris, certain quarters were renowned for open displays of gay and trans nightlife. Even Florence, Italy, had its own gay district, as did many smaller European cities.

Films began depicting sympathetic gay characters. Protests were organized against offensive depictions of LGBTQ people in print or on stage. And media entrepreneurs realized there was a middle-class gay and trans readership to whom they could cater.

Partly driving this new era of tolerance were the doctors and scientists who started looking at homosexuality and “transvestism” (a word of that era that encompassed transgender people) as a natural characteristic with which some were born, and not a “derangement.” The story of Lili Elbe and the first modern sex change, made famous in the recent film The Danish Girl, reflected these trends.

For example, Berlin opened its Institute for Sexual Research in 1919, the place where the word “transsexual” was coined, and where people could receive counseling and other services. Its lead doctor, Magnus Hirschfeld, also consulted on the Lili Elbe sex change.

Connected to this institute was an organization called the “Scientific-Humanitarian Committee.” With the motto “justice through science,” this group of scientists and LGBTQ people promoted equal rights, arguing that LGBTQ people were not aberrations of nature.

Most European capitals hosted a branch of the group, which sponsored talks and sought the repeal of Germany’s “Paragraph 175.” Combining with other liberal groups and politicians, it succeeded in influencing a German parliamentary committee to recommend the repeal to the wider government in 1929.

While these developments didn’t mean the end of centuries of intolerance, the 1920s and early ‘30s certainly looked like the beginning of the end. On the other hand, the greater “out-ness” of gay and trans people provoked their opponents.

A French reporter, bemoaning the sight of uncloseted LGBTQ people in public, complained, “the contagion … is corrupting every milieu.” The Berlin police grumbled that magazines aimed at gay men — which they called “obscene press materials” — were proliferating. In Vienna, lectures of the “Scientific Humanitarian Committee” might be packed with supporters, but one was attacked by young men hurling stink bombs. A Parisian town councilor in 1933 called it “a moral crisis” that gay people, known as “inverts” at that time, could be seen in public.

“Far be it from me to want to turn to fascism,” the councilor said, “but all the same, we have to agree that in some things those regimes have sometimes done good. One day, Hitler and Mussolini woke up and said, ‘Honestly, the scandal has gone on long enough’ … And … the inverts … were chased out of Germany and Italy the very next day.”

The ascent of Fascism

It’s this willingness to make a blood sacrifice of minorities in exchange for “normalcy” or prosperity that has observers drawing uncomfortable comparisons between then and now.

In the 1930s, the Depression spread economic anxiety, while political fights in European parliaments tended to spill outside into actual street fights between Left and Right. Fascist parties offered Europeans a choice of stability at the price of democracy. Tolerance of minorities was destabilizing, they said. Expanding liberties gave “undesirable” people the liberty to undermine security and threaten traditional “moral” culture. Gay and trans people were an obvious target.

What happened next shows the whiplash speed with which the progress of a generation can be thrown into reverse.

One day in May 1933, pristine white-shirted students marched in front of Berlin’s Institute for Sexual Research — that safe haven for LGBTQ people  calling it “Un-German.” Later, a mob hauled out its library to be burned. Later still, its acting head was arrested.

When Nazi leader Adolph Hitler needed to justify arresting and murdering former political allies in 1934, he said they were gay. This fanned anti-gay zealotry by the Gestapo, which opened a special anti-gay branch. During the following year alone, the Gestapo arrested more than 8,500 gay men, quite possibly using a list of names and addresses seized at the Institute for Sexual Research. Not only was Paragraph 175 not erased, as a parliamentary committee had recommended just a few years before, it was amended to be more expansive and punitive.

As the Gestapo spread throughout Europe, it expanded the hunt. In Vienna, it hauled in every gay man on police lists and questioned them, trying to get them to name others. The fortunate ones went to jail. The less fortunate went to Buchenwald and Dachau. In conquered France, Alsace police worked with the Gestapo to arrest at least 200 men and send them to concentration camps. Italy, with a fascist regime obsessed with virility, sent at least 300 gay men to brutal camps during the war period, declaring them “dangerous for the integrity of the race.”

The total number of Europeans arrested for being LGBTQ under fascism is impossible to know because of the lack of reliable records. But a conservative estimate is that there were many tens of thousands to one hundred thousand arrests during the war period alone.

Under these nightmare conditions, far more LGBTQ people in Europe painstakingly hid their genuine sexuality to avoid suspicion, marrying members of the opposite sex, for example. Still, if they had been prominent members of the gay and trans community before the fascists came to power, as Berlin lesbian club owner Lotte Hahm was, it was too late to hide. She was sent to a concentration camp.

In those camps, gay men were marked with a pink triangle. In these places of horror, men with pink triangles were singled out for particular abuse. They were mechanically raped, castrated, favored for medical experiments and murdered for guards’ sadistic pleasure even when they were not sentenced for “liquidation.” One gay man attributed his survival to swapping his pink triangle for a red one — indicating he was merely a Communist. They were ostracized and tormented by their fellow inmates, too.

The looming danger of a backslide

But with new forms of authoritarianism entrenched and seeking to expand in Europe and beyond, it’s worth thinking about the fate of Europe’s LGBTQ community in the 1930s and ‘40s — a timely note from history as Germany approves same-sex marriage and on this first anniversary of Obergefell v. Hodges.

In 1929, Germany came close to erasing its anti-gay law, only to see it strengthened soon thereafter. Only now, after a gap of 88 years, are convictions under that law being annulled.

What do historians think about the apparent resurgence
of authoritarianism in certain quarters?

“The LGBTQ community in the US isn’t facing now the kind of anti-homosexual campaign unleashed by the Nazis in the 1930s.” Yet, “there does seem to be something about populist and xenophobic nationalism that inclines it to scapegoat sexual and gender minorities.”
Robert Beachy, Underwood International College
Author of Gay Berlin

“There’s no ‘toleration’ of queers and trans people that naturally grows over time, just as white racism doesn’t necessarily dissipate over time…. The fact that many gay men were in what they thought was a better position in 1933 — living more open lives, for example — put them in a worse position when the Nazi persecutions started.”
Laurie Marhoefer, University of Washington
Author of Sex and the Weimar Republic

“We need to be on our guard … [but] it is very clear that the younger generations today mostly embrace and welcome their LGBT friends and colleagues, and would object vocally to any punitive action. This generational shift in attitudes among straight people may be what can prevent a push-back. That was not present in 1930s Germany.”
Geoffrey Giles, University of Florida