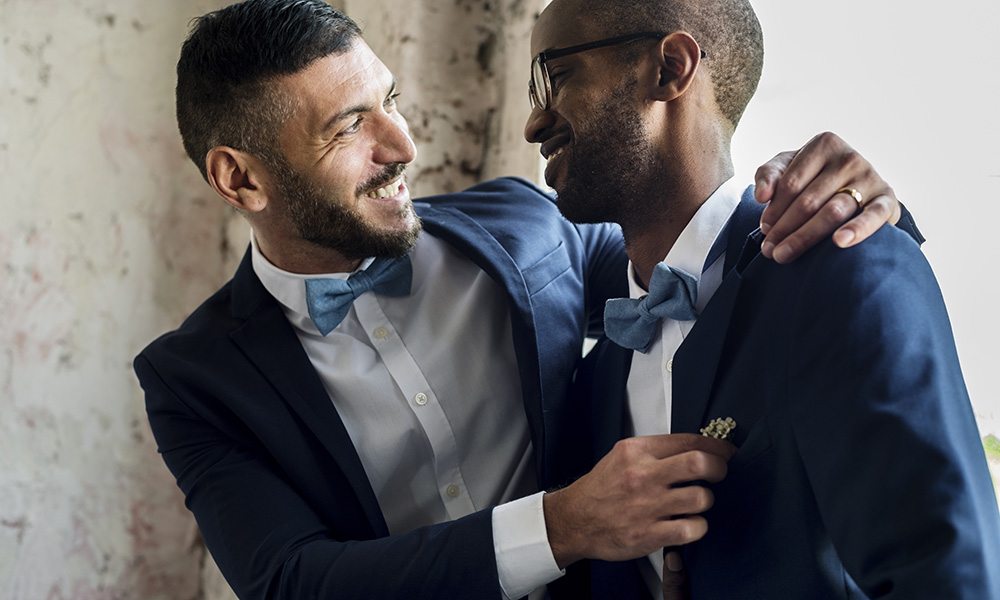 Are LGBT Americans actually reaping the benefits of marriage?

For decades, researchers have studied the benefits of marriage, finding that married people are likely to be healthier, wealthier and wiser than their unmarried peers.

But these studies reflected those who were allowed to marry.

Only recently — when states started passing laws guaranteeing same-sex couples the right to marry — could researchers begin to examine how marriage impacted the health of LGBT Americans.

At the University of Washington School of Social Work, our team has conducted the first national study that explores the relationship between marriage, health and quality of life for LGBT adults 50 and older.

The findings reaffirm some of the health benefits associated with marriage in the general population. But they also highlight many of the unique barriers LGBT Americans continue to face.

The benefits of marriage persist

Survey data from the study — titled “Aging with Pride: National Health, Aging, and Sexuality/Gender Study (NHAS)” — analyzed responses from 1,821 LGBT older adults who lived in states with legalized same-sex marriage and access to federal benefits (32 states plus the District of Columbia) as of Nov. 1, 2014, the date we distributed the survey. In the sample, 24 percent were legally married, 26 percent were in a committed relationship and 50 percent were single.

In our study, the LGBT women and men who were legally married had better general health and a higher quality of life. And those who weren’t married but were in a relationship were generally doing better than single LGBT Americans.

Those who were legally married were more likely to be out of the closet. They also had more social resources — like having children or a close network of friends — and tended to possess more socioeconomic advantages: higher levels of education, higher earnings, home ownership and private health insurance.

There have been a number of theories put forth to explain the general health benefits associated with marriage (at least, in the general population). Some have found that having a spouse can be a motivation to stay healthy. A spouse can also monitor the health and well-being of his or her partner, which can also lead to better health outcomes.

A unique set of challenges

Regardless of benefits associated with marriage, it’s important to note that only half of the couples in long-term committed relationships in this study chose to marry.

Older LGBT adults came of age during turbulent times: Prior to 1962, sodomy was a felony in every state (only in 2003 did the U.S. Supreme Court overturn sodomy laws in the remaining 14 states). Meanwhile, same-sex behavior was considered a mental disorder until 1973, when it was removed from the Diagnostic and Statistical Manual of Mental Disorders.

Against that backdrop, some LGBT older adults continue to conceal their sexual orientation or gender identity due to social stigma and discrimination. Marriage creates a legal, public, searchable record, putting your sexual orientation out in the open. And some LGBT older adults may not want to enter into an institution that has, for centuries, discriminated against them.

Meanwhile, those who remain single — half of the LGBT older adults in our study — aren’t reaping the benefits of being married.

Compared to those who were legally married or in a long-term relationship, single LGBT older adults were at a disadvantage across nearly every socioeconomic, social and health indicator the study measured. They were also more likely to be bisexual and a racial or ethnic minority, two subgroups that already experience heightened disadvantages in health

In 1975, a few years after the Stonewall riots, a bill was introduced in Congress to ban discrimination against gay and lesbian individuals in employment, housing and public accommodations. Forty years later, similar proposed legislation still awaits passage.

So while a lot of attention has been given to the historic constitutional right for same-sex couples to say “I do,” this shouldn’t overshadow the struggles many in the LGBT community continue to face: an elevated risk of disability and mental distress compared to straight peers, higher rates of social isolation due to concealment of one’s sexual orientation and lack of culturally relevant care.

Our study also found that bias and victimization due to sexual orientation were the strongest predictors of poor health among LGBT older adults. To this day, discrimination against LGBT individuals remains legal in many cities and counties across the nation. As long as this is the case, many LGBT Americans will continue to suffer poor health outcomes relative to the straight population.