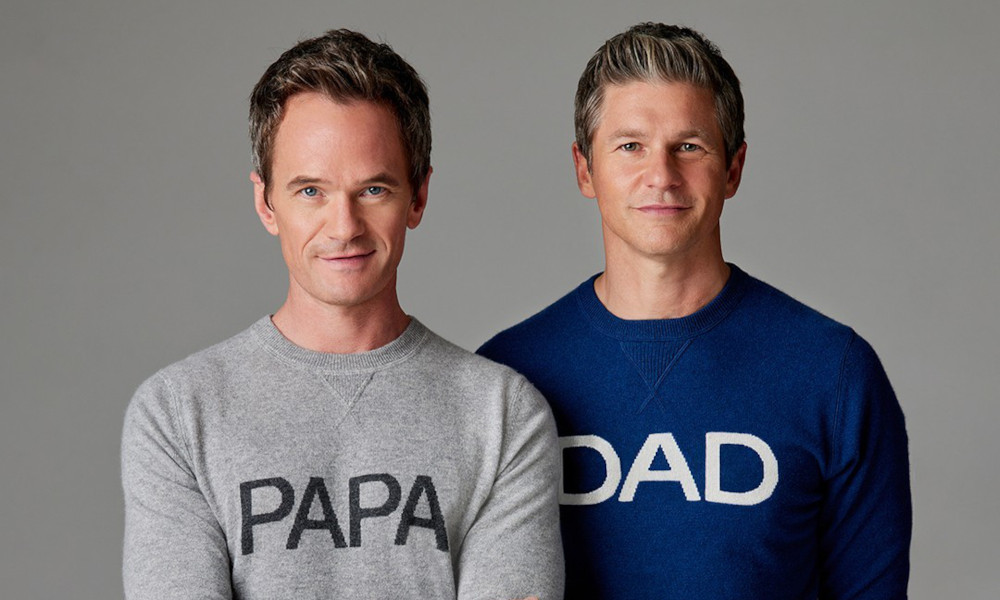 “The whole collection puts the spotlight on awesome Dads – and Papas – around the world.”

Uncoupled actor Neil Patrick Harris is getting comfy in a pair of sweatpants! No, we’re not talking about the photo of Harris’ Instagram post last year that went viral. Instead, we’re talking about a new collaboration between the actor and the clothing brand Ron Dorff. The loungewear collection is called Dad/Papa, inpired by the names Harris’ kids call him and his husband, David Burtka.

“I go by Papa so when I started talking with Claus about what we could do together, I thought about Dad and Papa as two variations, so fathers have both options depending on how they’re known,” Harris said in a promotional video for the campaign.

The sweaters and sweatpants come in various colors and are made from cashmere, lambswool, or organic cotton.

“It has been a true pleasure working on this collection together with Neil” said Claus Lindorff, Founder and Creative Director at Ron Dorff. “Furthermore, to have his fabulous family involved to create something near to their heart and to see it come to life is a very special moment for us all at Ron Dorff.”

Harris married Burtka in 2007. The couple became dads to twins via surrogate in 2007. Harper and Gideon (11) also appear in the campaign wearing matching “bro” and “sis” t-shirts.

Harris Says Profits Will Go to a Relief Kitchen

According to the website, 15% of all proceeds from the collection will go to chef José Andrés’ World Central Kitchen, a non-profit charity devoted to providing meals in the wake of natural disasters.

The 20-piece collection also includes coach caps and socks and ranges from $45-485.

“Fathers could get either. And same-sex parents get to wear them both! Boom!” Harris says later in the video.

You can shop the collection here.