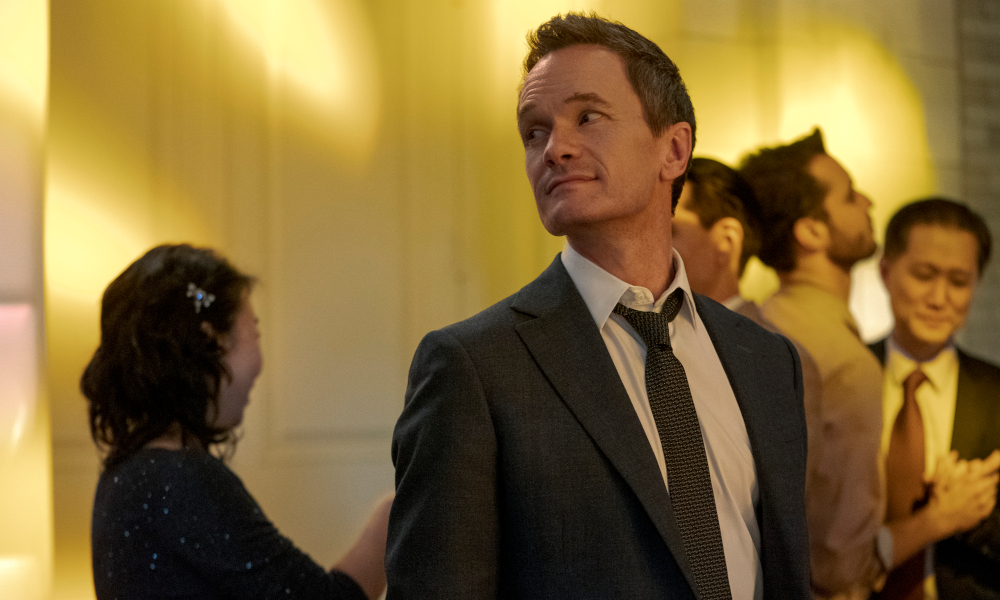 “It allowed me to play this voracious, sexual, delusional, horndog year after year. A great thing to do in mid-life.”

The Netflix series from Darren Star (Sex and the City and Emily In Paris) and Jeffrey Richman (Modern Family and Frasier) follows the story of Michael Lawson, a successful real estate agent in New York City who seems to have his life all figured out. Until his boyfriend of 17 years, Colin (Tuc Watkins), breaks up with him out of nowhere. Michael now faces the reality that he is a gay single man in his 40s in NYC. But Michael isn’t alone and leans on his friends to help him get through this rough patch.

Our own Caitlynn McDaniel sat down with the cast of Uncoupled to discuss this groundbreaking break-up series.

Neil Patrick Harris Is a Gay Single Man in NYC

Harris is not an unfamiliar face on our television screens. You might know him as Barney Stinson in the popular CBS sitcom How I Met Your Mother. While his previous role had him playing a fun horndog on TV year after year, Harris said he is excited about what this new project brings to the table.

“Now that we live in a different time when we understandably don’t need to have such conquest attitudes, I think it’s nice to play someone who is more nuanced. Who is seeking out a relationship after feeling very comfortable in one for a long time.”

Harris went on to say that many people will be able to relate to Michael’s journey.

“I assume a lot of people have felt the rug gets pulled out from under them or are concerned that this might happen at some point. And that’s a scary feeling…

“So to be able to play that for everyone – gay, straight, male, female – is great. And then to also have it be in the construct of Darren Star and Jeffrey Richman, so it feels welcome and comfortable and funny. To take a break-up show and make it be funny, where you still care about the characters, I hadn’t seen that before.”

Uncoupled Dives Into Both Sides of a Break-up

The series doesn’t just tell the story of one middle-aged gay man who went through a traumatic break-up. It tells the story of two men.

“‘Uncoupled’ is about an uncoupling,” Tuc Watkins, who plays Colin, explains. “We don’t just discard the other characters. We do see what Colin, who breaks up with Neil, what he goes through and what his life is like after having done so, and the ripple effect that our break-up creates.”

“It’s a show that’s not meant to just be for a gay audience,” said Star. “I think it is a show for anyone who loves romantic comedies, just honest emotional stories about people and relationships.”

“Everyone has had their heart broken,” Richman concluded.

Watch the full interviews with the cast below.