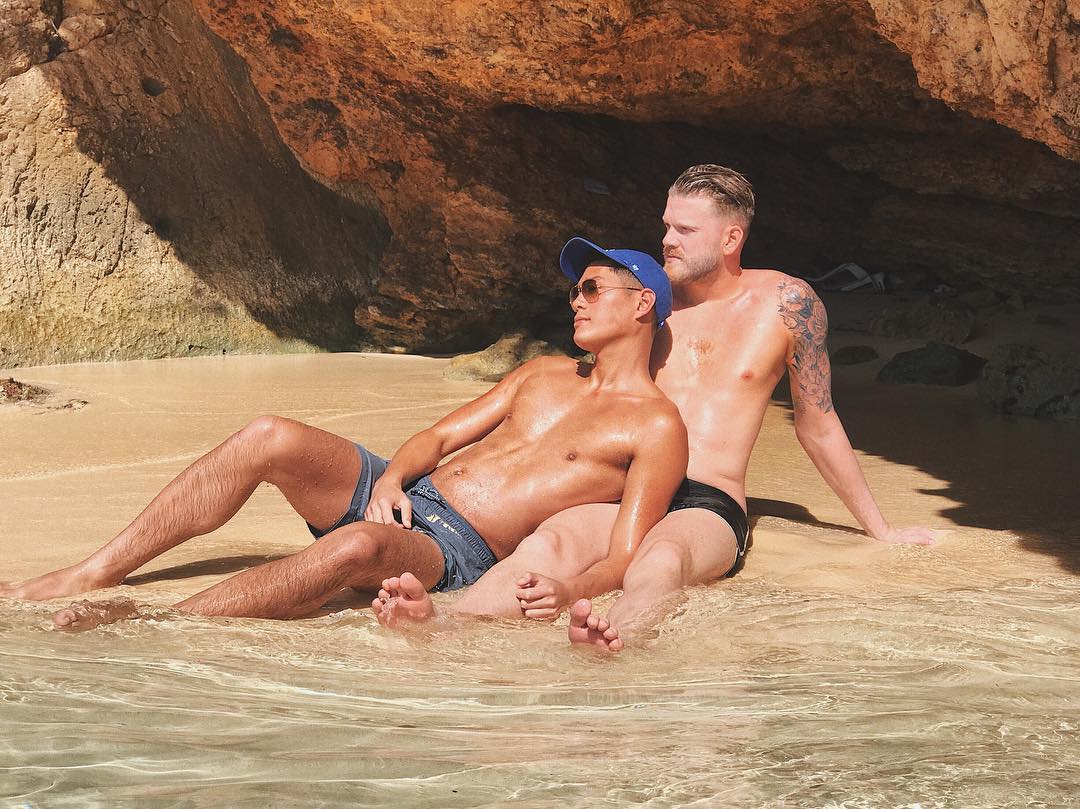 In case you didn’t know, Grammy-winning Pentatonix singer Scott Hoying and his handsome fiance Mark Manio are relationship goals. The couple has been dating for the last five years, and six months ago, Hoying got down on one knee in the beautiful Bahamas to ask his partner to be with him forever.

To celebrate their love, we have created a list of 11 adorable and funny moments from the couple’s relationship.

Reacting to the “Mars” music video together

Scott Hoying’s first ever solo music video “Mars” features adorable moments between him and Manio. The couple recorded their reaction to watching the video for the first time, and Manio even shed a few tears.

Hoying and Manio often create hilarious and heartwarming TikToks together. Here’s an iconic one with the viral sound featuring Hilary Duff.

The couple put their own spin on the trend where theater kids recreate stage bows for different characters. In this one, the villains are in love.

Scott throwing it back

Poor Manio is just trying to wash the dishes, but Hoying has other plans.

Dancing in the rain

A few months ago, Drew Barrymore told us all that we really need to go out and spend some time in the rain. Hoying and Manio listened.

Thank you for giving us a peek into what your mornings together look like!

you cant say i dont have the range!!! (credit: @Eldest Otter)

The couple opted to spend New Years at home getting comfy on the couch with their dog. It looks like the perfect start of something new!

idk what this is but happy new year babes!!!!!

These two are so supportive and in love with each other. Where are the tissues?

the evolution of ‘thank you’ by @pentatonix 🤍

No one interrupts MARKY

We’re glad to see Hoying will come to Manio’s defence when he needs to.

♬ Its not the vibe STOP – Sloppers

Sunset proposal on the beach

Hoying said he was nervous to propose, but he nailed it! In an interview with People, the singer said it was the most nerve-wracking thing he’s ever done.

“Even though Mark and I had talked about [the engagement] a million times, I still put the pressure on myself to make it perfect.”