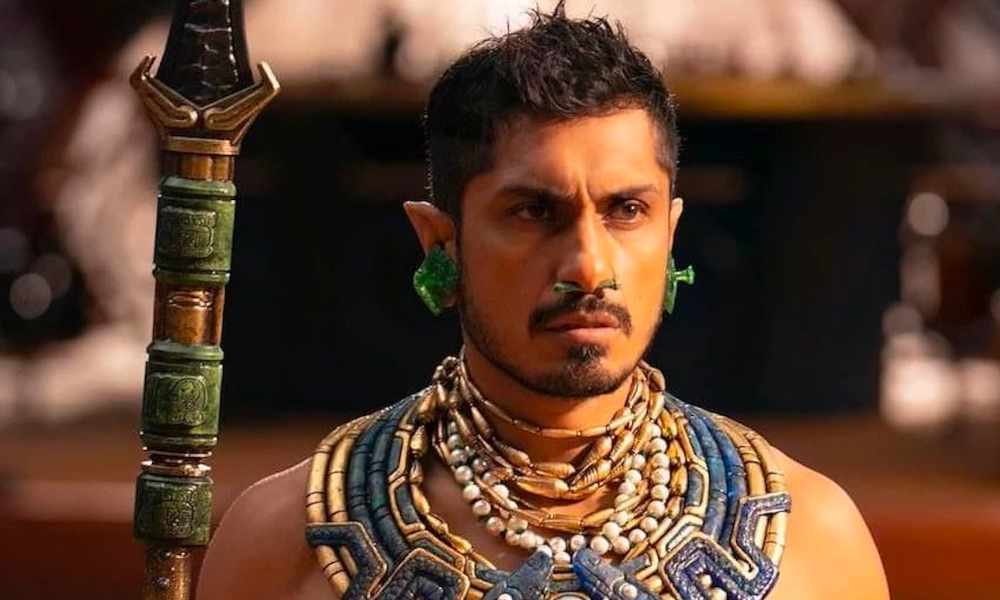 Meet the New Marvel Anti-Hero Everyone Is Thirsting Over

The next actor to join the long list of hotties in the Marvel Cinematic Universe is Namor the Sub-Mariner, played by Mexican actor Tenoch Huerta.

We will meet Namor later this year in Wakanda Forever, the next installment in the Black Panther franchise. But for now, Empire Magazine has released an exclusive look at Huerta as the aquatic prince, and the fans are thirsty.

Read more and see the image in full: https://t.co/IGQr2GBHiP pic.twitter.com/2vWkSz6oGs

Wakanda Forever starts with the loss of King T’Challa (and the late Chadwick Boseman). When powerful forces (AKA Namor and his dying undersea civilization) threaten their home, the remaining leaders of Wakanda must band together to protect their kingdom. Safe to say Namor is already the anti-hero we love to hate.

now how are they gon’ make EVERYONE in the movie sexy?? what’s the reason for that?? https://t.co/YUAGEIEaoC pic.twitter.com/7WJohi052B

For those of you who are die-hard Marvel comic fans, you might know Namor as the first ever Marvel superhero. He’s written as half human and half Atlantean royalty and is known for wearing super short green shorts and wielding a triton. He also lives in the sea but can fly through the air.

Here’s what we know so far about the movie adaptation. Namor is from a Mesoamerican civilization called Tamoclan, not Atlantis. According to director Ryan Coogler, Namor is a “dream antagonist.”

“The contrast between T’Challa and Namor – their characters, and their nations – just leaps off the page,” he told Empire.

As for his booty shorts, we can neither confirm nor deny that he will wear them in the film (but we’re holding out hope). Either way, fans are eager to see more of the aqua man when Wakanda Forever hits theaters on November 11.

Huerta is an actor and activist from Ecatepec, Mexico. He has starred in several Latin American films and projects like Netflix’s Narcos: Mexico, The Forever Purge, and the James Bond film Spectre.

Welcome to the MCU, Tenoch!

Meet the New Marvel Anti-Hero Everyone Is Thirsting Over