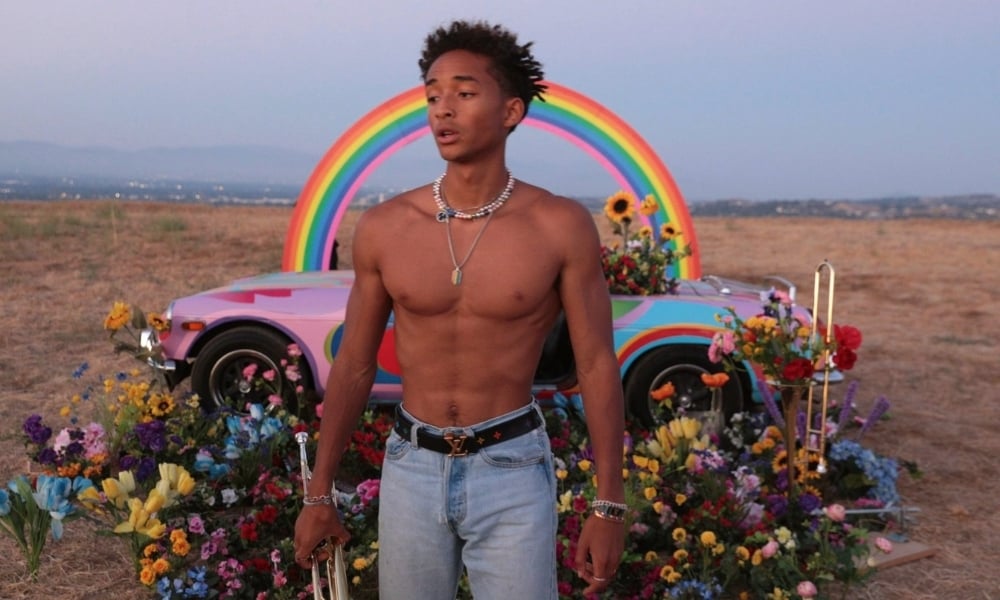 Is Jaden Smith Gay? Putting the Rumors To Rest

Is Jaden Smith gay? A look at his dating history.

Suffice to say, Smith’s sexuality is ambiguous. Many fans have been playing a guessing game for years. Rumors abound, so we did some digging to try and find a definitive answer. Is Jaden Smith gay? We clue in on major moments in the singer-songwriter’s career (and public statements) so far.

Related | Did Jaden Smith Just Come Out on Stage? 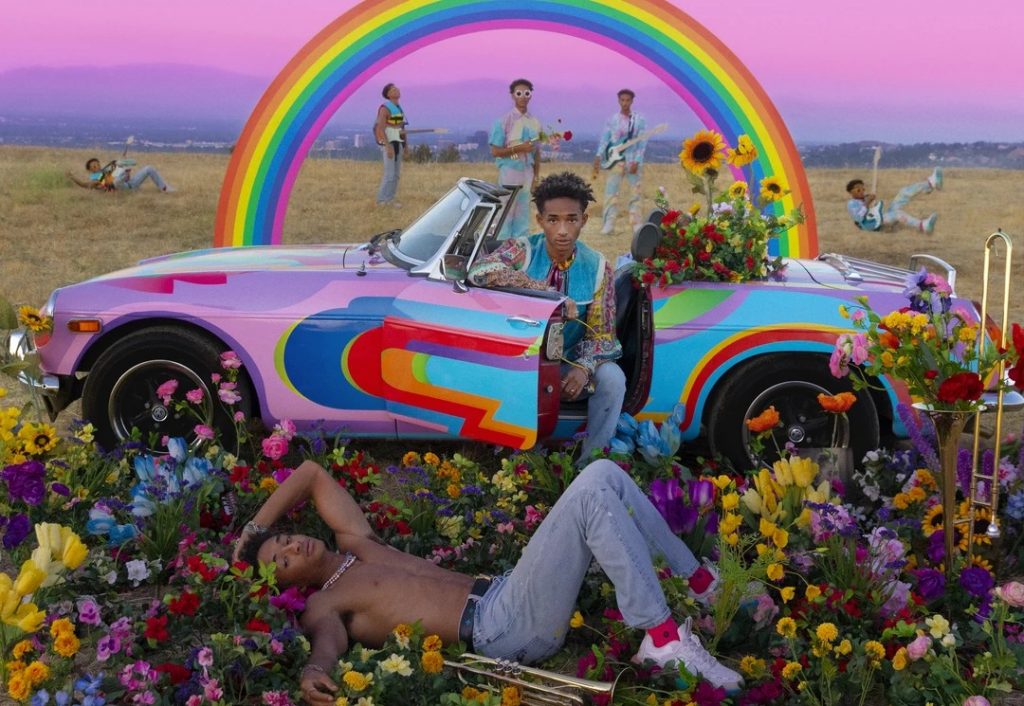 Who Is Jaden Smith?

Multi-hyphenate actor, musician, and non-binary fashion icon Smith, age 23, is no stranger to the spotlight. In fact, the singer-songwriter has spent almost his entire life in the limelight as the son of Will Smith and Jada Pinkett Smith.

Smith made his debut in acting, starring alongside his father in The Pursuit of Happyness. He subsequently landed lead roles in The Day the Earth Stood Still and then The Karate Kid — the latter of which earned him several awards and nominations.

As for his music career, in 2010, he collaborated with Justin Bieber on the hit single “Never Say Never”. He debuted with his first mixtape, The Cool Cafe: Cool Tape Vol. 1, in 2012. In 2017, Smith released his first studio album Syre under his own music label MSFTS Music.

Truly an all-around creative, Smith has also made great waves in the fashion world. Smith is best-known for his androgynous style and unconventional approach to fashion. In 2015, together with his sister Willow Smith, Smith launched a youth collective MSFTS Rep. The community — now a non-binary fashion line — was their solution to making the fashion industry more sustainable and eco-conscious.

Naturally, his genderfluid fashion choices have sparked controversy. He broke the mold when he fronted the spring/summer campaign for high fashion label Louis Vuitton in 2016. Smith sported a cool leather jacket over a skirt for the Louis Vuitton womenswear line, becoming the first male to do so in the brand’s history.

Who Is Jaden Smith Dating?

Perhaps it’s his rebellious disregard for fashion’s gender norms that makes people wonder about Smith’s sexual orientation. Currently, Smith’s love life is shrouded in mystery — or rather, buried in rumors.

He was recently spotted with Bridgerton star Phoebe Dynevor. As far as his dating history is concerned, he seems to have mostly dated women, such as his fellow young stars Kylie Jenner, Amandla Stenberg, Madison Pettis, and Sofia Richie – though many of these relationships are unconfirmed. Smith reportedly dated Jenner in 2013, around the same time she launched her viral lip kit label.

So wouldn’t it be more apt to ask, “Is Jaden Smith bisexual?” Our biggest clue is the Smith and Tyler, the Creator drama. 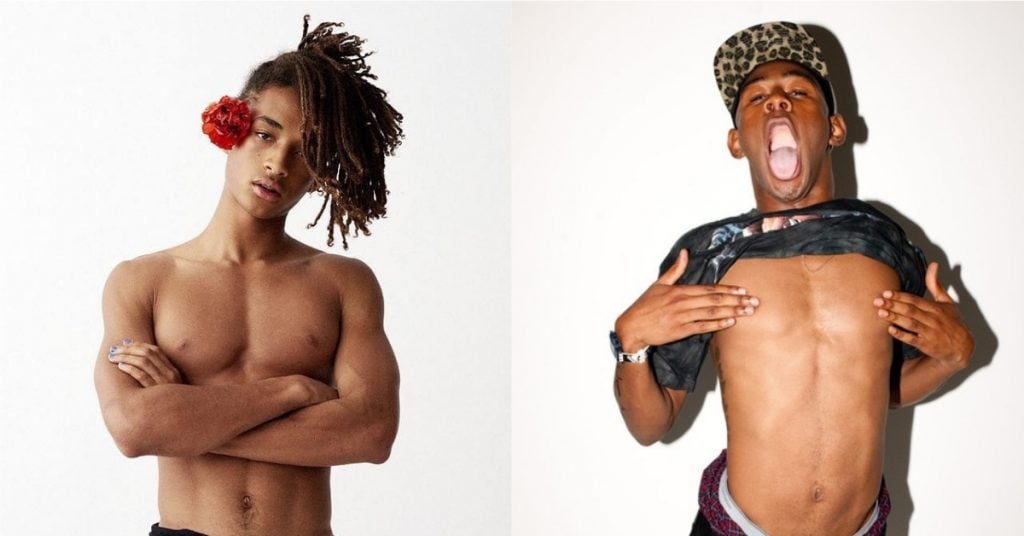 Jaden Smith And Tyler, The Creator

Since 2018, some gay rumors have circulated around Smith and rapper Tyler, the Creator. It all began in 2018 when Smith made multiple public claims that the “Who Dat Boy” rapper was his boyfriend. During his set at the Camp Flog Gnaw music festival, Smith opened up to his concert crowd and called Tyler the Creator his boyfriend.

In a Beats 1 interview with Zane Lowe, though, Smith keeps up the jig. “I recently said that Tyler, The Creator is my boyfriend, and that’s true, so just so you know.” It should be noted though that this was said in the context of Smith’s 2019 album Erys and Tyler’s appearance in the song Noize.

The verse in question starts with these lines:

Jaden, they think we f***in’, kissin’, lickin’ and suckin’ / What they don’t get, sarcasm, let’s end it like orgasm

Interpret that however you will.

In 2020, Smith revived said gay rumors when Tyler, the Creator won a Grammy Award for Best Rap Album for IGOR. He tweeted in early 2020: “My Boyfriend Just Won A Grammy.”

On Tyler’s part, he has never publicly confirmed these rumors, mostly ignoring it entirely. It could just be an inside joke between the two or possibly a publicity stunt, as fans have noted the statements coming out before their new music releases. After all, Smith is known to be provocative – not just in fashion, but on social media as well. 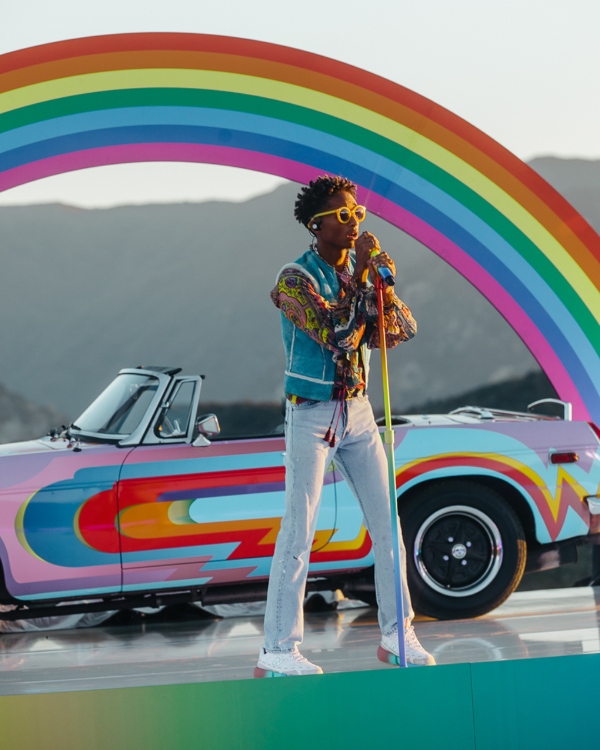 So … Is Jaden Smith Gay?

Based on what we’ve uncovered so far, it doesn’t seem likely that he and Tyler, the Creator are in a relationship — at least publicly or exclusively. It can go both ways, really.

As for Smith being gay, we wouldn’t take that option off the table. Smith hasn’t exactly been shy about his expression of gender fluidity — after all, that’s what cemented his status as a fashion icon for the nonbinary community. At most, we can say he’s ambiguous about it. With the facts we currently have, it’s possible he’s on the LGBTQ+ spectrum.

Whatever Smith’s sexuality is, we’re loving how vocal he is as an activist and proud he is of his gender fluidity and style. He continues to redefine gender norms, wearing women’s clothing on red carpets and events. But beyond that, he also uses the attention he gets to shed light on charities and social issues. Smith is an inspiration to dress in the identity we relate to, while fighting for what we believe in.

Is Jaden Smith Gay? Putting the Rumors To Rest