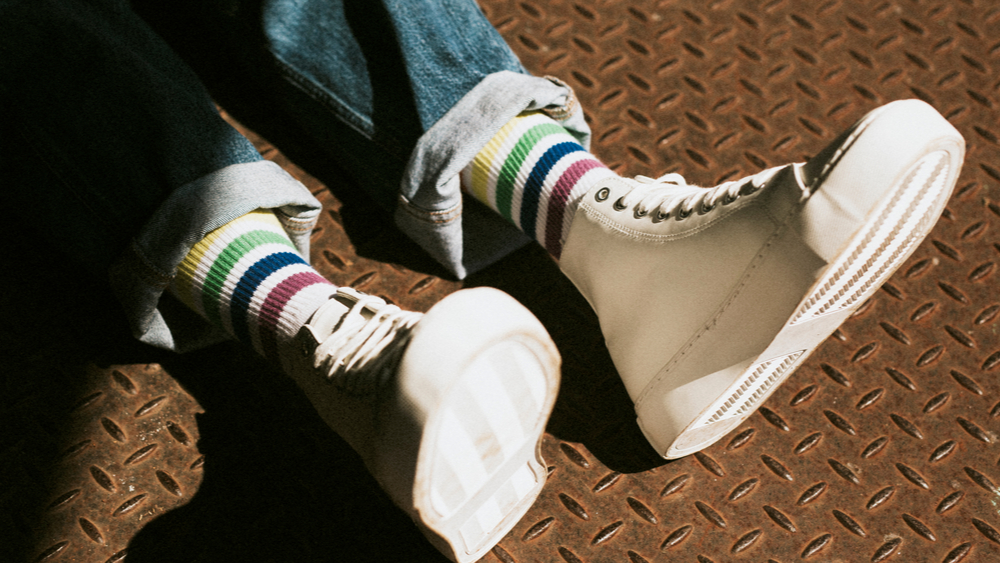 Is The Bisexual Aesthetic Really A Thing?

As many of us know by now, sexual orientation, gender identity, and expression are not necessarily interdependent. That means that you can identify as a woman who likes other women, but you don’t have to present as butch to feel that way.

That said, though, certain aesthetics have become associated with certain groups of people. In the past, being gay or bisexual was still considered taboo. Because of this, members of the queer community had to adopt visual codes to signal their queerness to the right people while remaining discreet to unsuspecting straights.

Today, these visual cues and dozens of other styles and trends we’ve claimed throughout the years are an indivisible part of our culture. But while gay and lesbian style is easier to parse, bisexuals seem to have fewer obvious signifiers. Though that doesn’t mean that bisexual people don’t have a distinct aesthetic – you just have to look more closely.

Here, we take a look at some of the clothes, shoes, accessories, and hairstyle trends that bisexual women and men have claimed as their own and which are now an inextricable part of the bisexual aesthetic.

Let’s get one thing out of the way – there is no one way to look bi. But as mentioned, queer people have been using visual style cues to express their sartorial tastes and signal their presence and willingness to engage with other like-minded people.

This may not seem so important nowadays that LGBTQ+ people are more accepted. But for many bisexual women and men, adapting an obvious “bisexual aesthetic” is one way to make a stand when your very identity is constantly being questioned. See, bisexual folk tend to experience what is called “bi-erasure“, which, according to The Bisexual Invisibility report, refers to “a lack of acknowledgment and ignoring of the clear evidence that bisexuals exist”.

Often, even just dressing a certain way can lead others to make the wrong assumptions about bi women and men. If you dress in a queer-coded way, you could be assumed to be gay. If you dress more similarly to how straight women and men dress, people will tend to assume that you’re straight. As such, bisexuals developed bi-specific signifiers of their identity, borrowing from both gay and straight culture and making it their own.

So what does the bisexual aesthetic look like? Check out these six bisexual outfits, accessories, and haircuts to see for yourself what bisexual fashion is.

Hair is an important marker of sexuality, especially for queer women. Lesbians can signal their sexuality (and disinterest in the opinions of men) by rejecting traditionally long hair and sporting buzzcuts and undercuts.

The quintessential bisexual haircut for bi girls, the “bisexual bob”, comes from the 1920s hairstyle, the “castle bob”. This cut is typically cut straight and blunt until the jaw level. It’s as bisexual as you can get, with its length resting perfectly in the middle of the usual long flowing locks we associate with straight women and the super short hair that butch and some non-binary bisexuals tend to sport.

The bisexual bob is such a popular signifier of bisexuality that a lot of bisexual characters on TV and in films are seemingly announced as bi by giving them this haircut. Think Eleanor Shellstrop in “The Good Place”, Petra Solano in “Jane the Virgin”, and Avatar Korra in “The Legend of Korra”. 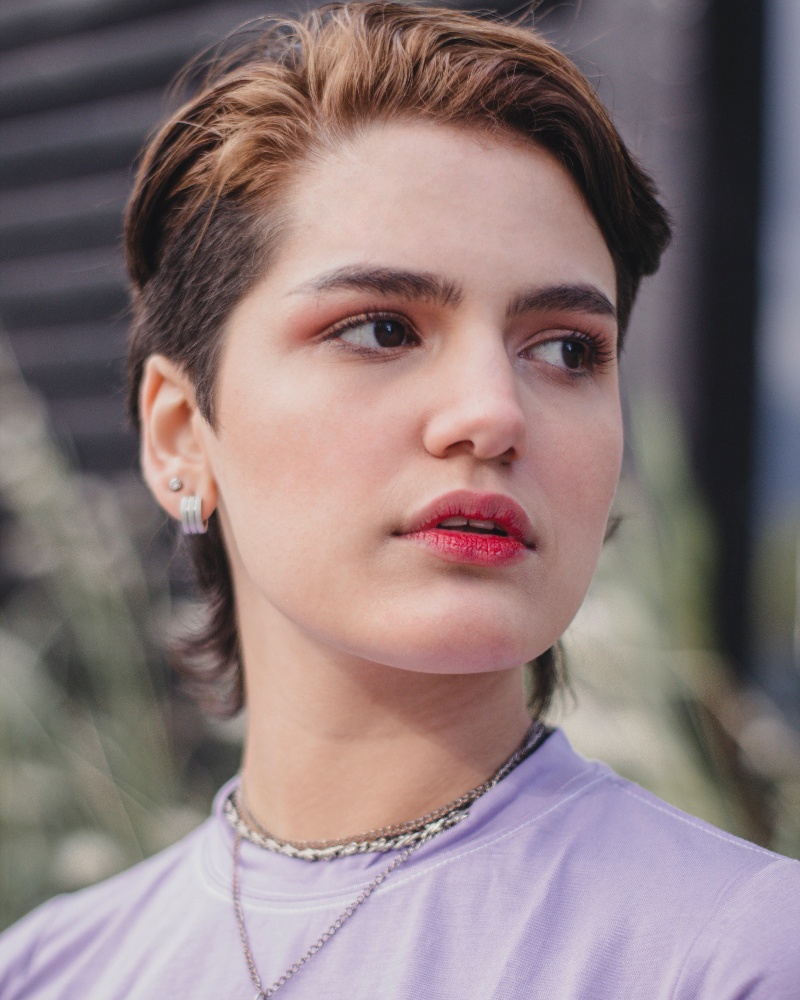 While we’re on the topic, it seems that the bisexual bob isn’t the only way to signal you’re bi with your hair. Bubblegum pink hair, emerald green hair, traffic cone orange hair…while anyone can rock a bright and eye-catching ‘do, these days it seems to be a popular look among bi guys. Just think about the many times that Frank Ocean has dyed his hair a striking color. 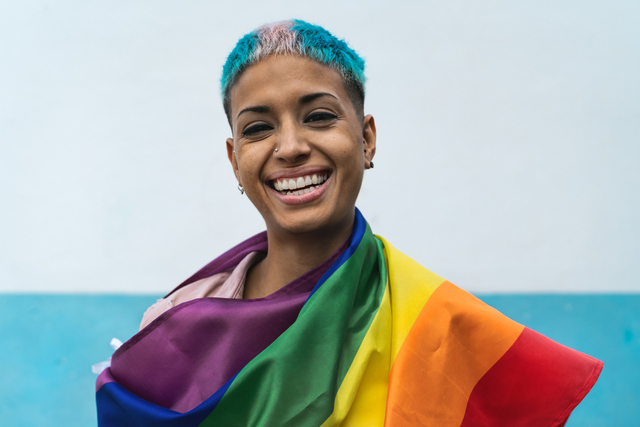 Before ’90s fashion came back, bisexuals have been edging dangerously close to the 90s dad aesthetic. The style is markedly laid back, with staples being baggy polo shirts and jeans, khaki pants, Bermuda shorts, and sensible shoes like loafers and classic sneakers.

Pins and patches are the best way to signal your sexuality when you’re not 100 percent comfortable yet dressing in a way that’s obviously queer. For a lot of bi girls and guys who are only out to their close friends or a limited number of people at school, aesthetic bisexual flag pins or a pin with a bi-specific phrase or joke is one way to slowly ease out of that closet.

On the flip side, the power suit is the ultimate queer power move. For queer girls (and AFAB non-binary folks) in particular, it’s the perfect sign that you don’t subscribe to the idea that clothes are inherently gendered.  And you can embrace your femininity’s complexity in a sharp suit. 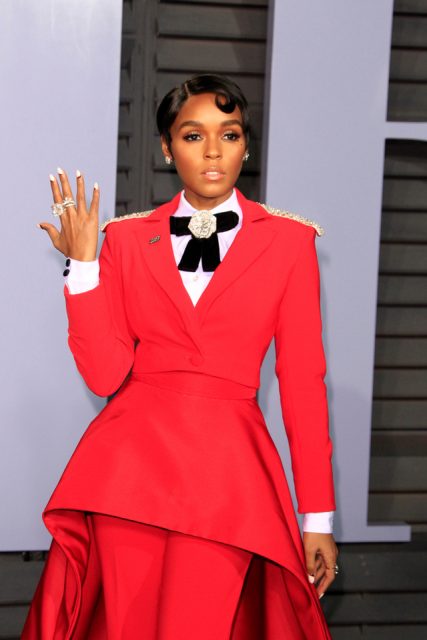 Nobody knows why bisexuals love folding their pant legs and tucking their shirts in halfway. But regardless of the trend’s murky history, this bi outfit is perhaps the easiest and most obvious signifier of bisexuality.

Take note: sporting cuffed jeans and a French tucked shirt doesn’t automatically make you bi. We get it, it’s comfortable, it’s laid back, and it looks good. But don’t be surprised if you get a little bit more of those knowing looks from queer guys and gals.

Styles, trends, and looks don’t belong to one particular person or group of people. After all, fashion is about borrowing from different sources of inspiration. And as queer people become more and more accepted in society, they’re also becoming style icons. Bisexual style may not be as immediately recognizable as other styles out there.   But it exists, and it’s a way for those in the bisexual community to make their identity seen and heard.

RELATED | Why Men’s Fashion Should Embrace Skirts and Dresses

Is The Bisexual Aesthetic Really A Thing?