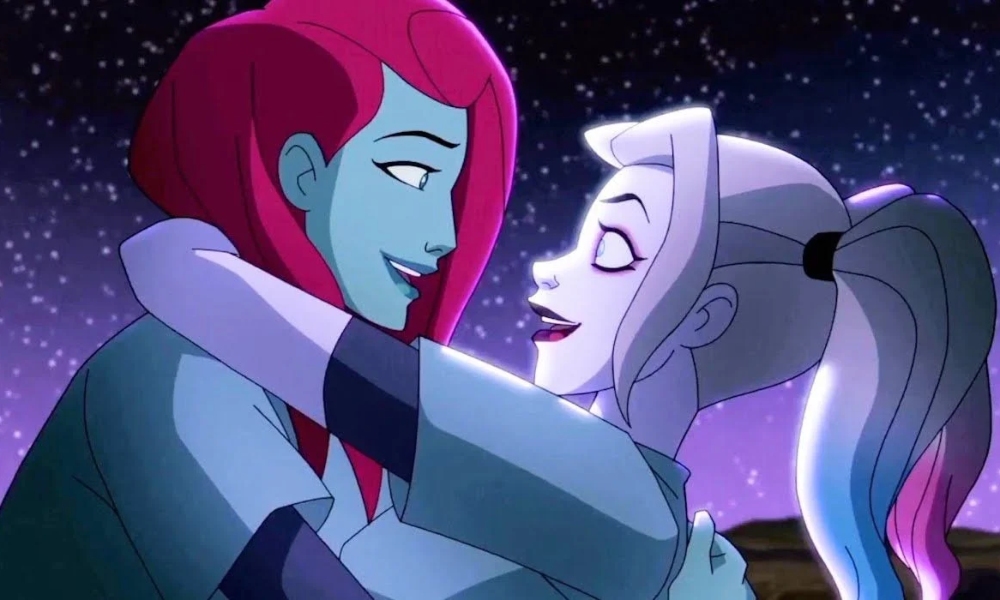 Harley Quinn Fans, Get Ready For Some More Queer Romance

Fans can’t wait for the third season of Harley Quinn on HBO Max to premiere.

Harley Quinn and Poison Ivy had an up-and-down relationship throughout the HBO Max original Harley Quinn. In the first season, Quinn (voiced by Kaley Cuoco) broke up with The Joker and leaned on her best friend Ivy (voiced by Lake Bell) for support. But, Ivy wasn’t thrilled about Quinn still being hung up on her ex “Mr. J.”

Ivy and Quinn’s friendship starts turning into something more in the second season. At the end of the season, Quinn confesses her feelings to Ivy while she’s gearing up to get married. The two criminals then decide to run away together as the episode ends.

Ron Funches, the actor who voices King Shark, says fans will get to see even more of the criminal’s relationship next season.

“I think people really fell in love with it and the fact of them getting together near the end of the season is a beautiful thing and just watching them grow together [in] a relationship, I think, is what you’re going to see a lot in the next season,” he told PopCulture.

Showrunners Justin Halpern previously said he and the other showrunner Patrick Schumacker wanted to take their time getting Quinn and Ivy together.

“We have caught a lot of heat for not having them together right away, and I get it, but our thinking was we didn’t want Quinn to jump right back into another relationship when she was on a journey for self-discovery,” Halpern told GWW.

Schumacker also confirmed Ivy and Quinn are the real deal. He told Syfy Fangrrls the show is “not going to walk [Quinn and Ivy’s relationship] back. They’re a couple.”

There’s no word on when the next season will hit HBO Max, but hopefully, it’s soon. In the meantime, check out a season three teaser below.

Harley Quinn Fans, Get Ready For Some More Queer Romance