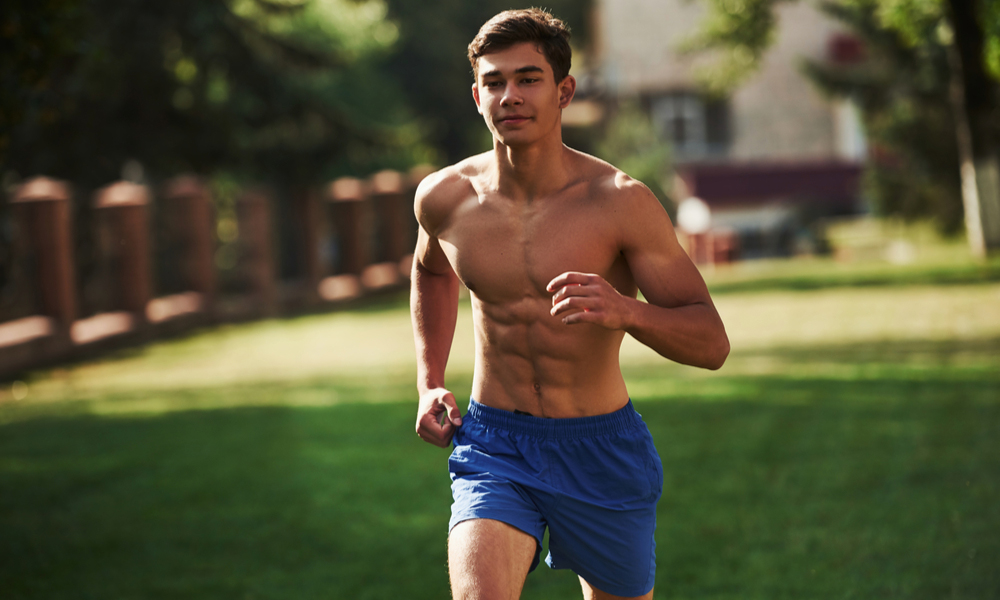 When you run, your body adapts to accelerated movement. It allows you to pound the pavement without getting hurt.

For people who have testicles (aka cis or trans men), that adjustment includes your precious package. Men’s Health asked several urologists how running affects a man’s bits, and their answers could surprise you.

Orlando-based urologist and marathoner Jeffrey Thill, M.D., said, “Your body has ways of adapting to prevent bad things from happening to your penis and testicles.” Tobias Köhler, M.D., chief of male infertility at Southern Illinois University, also weighed in on the subject. He added that even if you’re running in awkward situations, like during a heatwave or while freeballing, you shouldn’t be overly concerned.

Related | How to Get the Bubble Butt of Your Dreams

Köhler says, “Your testicles’ ability to draw up toward your body is called the cremasteric reflex. And that’s just one of the ways your penis and testicles adapt to prevent injury.”

Running could cause testicle pain

According to Köhler, approximately one in every seven men will experience testicle pain caused by a varicocele — an enlarged malfunctioning vein in the scrotum.

Related | How To Take the Tiktok Kink Test

“I have men come in worried about cancer, but a lot of the time their pain just doesn’t have an identifiable cause,” Köhler says. Yes, they’re painful, but they’re also preventable. Simply slide into a pair of compression shorts before your run to support your balls.

Köhler asserts that running routinely improves blood flow and heart health. He continues, “And since we all know your heart’s main purpose is to pump blood to your penis. Strengthening your heart will also strengthen your erection.”

Enhancing your semen might not matter to some queer men. However, an explosive load can be a lot of fun. “We have lots of evidence to suggest physical activity — and running in particular — may improve a man’s fertility.”

Too much running could degrade sperm quality

Studies show that if you run too much (more than 67 miles a week), you could be hurting your sperm. Thill added, “It seems you can get to a point where if you run too many miles.” He continued, “it kind of creates an inflammatory response throughout your body that’s not helpful for sperm health.”

While running has obvious health benefits (bolder boners, anyone?), you should always consult your doctor before engaging in strenuous physical activity.