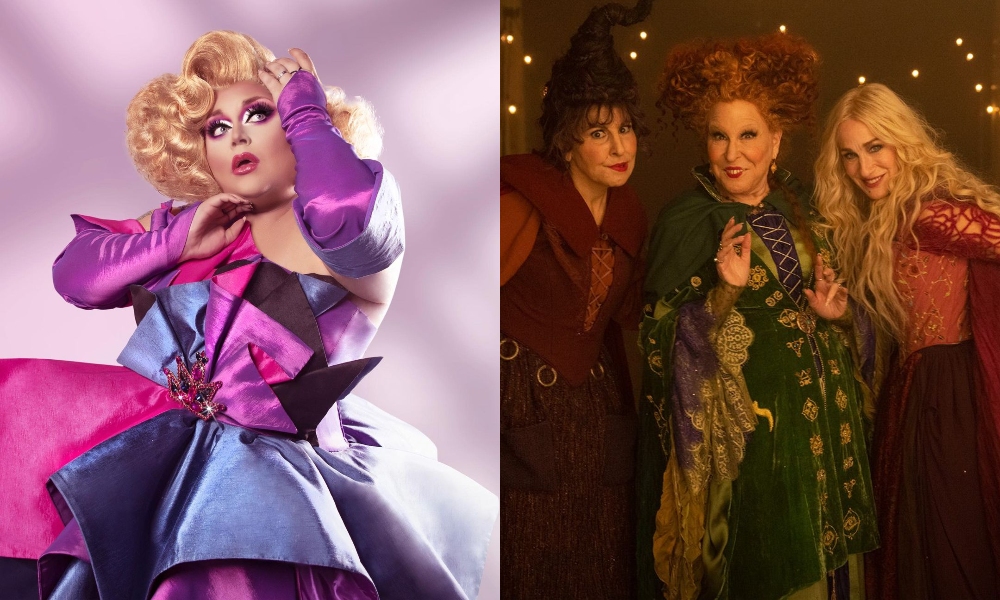 No, this isn’t the beginning of a really good joke. According to Entertainment Weekly, Disney’s sequel to the 1993 beloved film Hocus Pocus will feature Sarah, Mary and Winifred Sanderson discovering their drag queen doppelgangers.

Bette Midler, Sarah Jessica Parker and Kathy Najimy are all returning as the Sanderson sisters along with Doug Jones as Billy Butcherson.

Oil of Boil and a Little Drag

And you may see some familiar faces in the scene. EW confirms Hocus Pocus 2 filmed a scene in Rhode Island featuring the contestants from “RuPaul’s Drag Race All Stars 6.” We don’t know the identities of all of the fabulous drag impersonators, but we do know Ginger Minj will be rocking a Winifred Sanderson drag look. Does it get any better than that?

Directed by Anne Fletcher, Hocus Pocus 2 will premiere on Disney+ this fall.