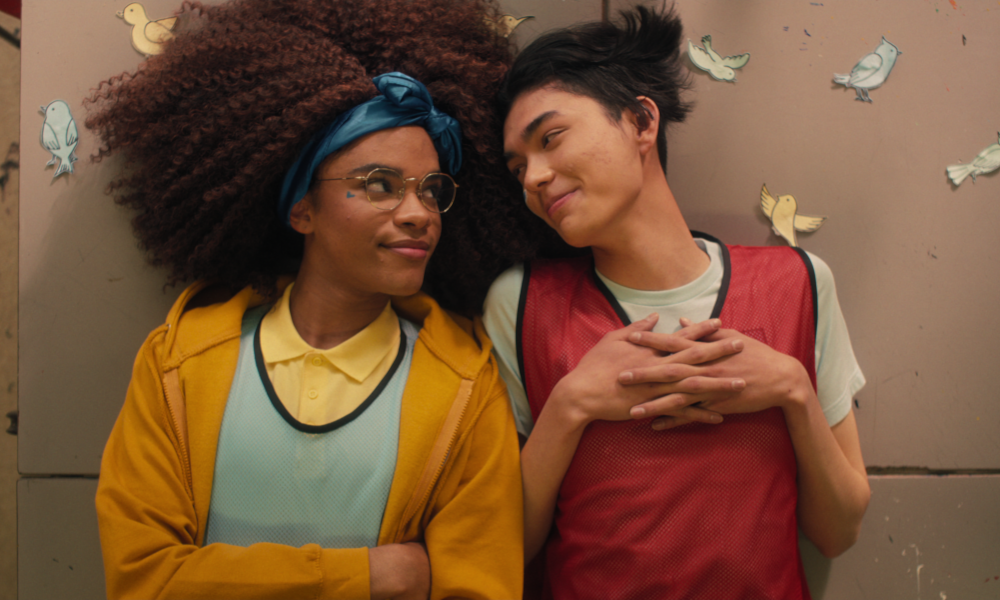 Watch Sparks Fly Between These Characters in Deleted ‘Heartstopper’ Scene

Netflix delivered some of our favorite moments in 2022. For instance, watching Jonathan Bailey’s Anthony emerge from the lake soaking wet in season two of Bridgerton, Neil Patrick Harris takes nude photos in a locker room in Uncoupled, and Wednesday Addams dominates TikTok with her dance moves. However, one of the most powerful LGBTQ+ series to come to the platform is Heartstopper, an adorably queer drama about a group of friends at a school in England.

Meet the Couples of Heartstopper

Heartstopper delivers cute teen romances like the one between rugby star Nick Nelson (Kit Connor) and the shy Charlie Spring (Joe Locke). We also meet Tara (Corinna Brown) and Darcy (Kizzy Edgell), who are experiencing what it is like to be an out couple in high school. Then there is Elle (Yasmin Finney) and Tao (William Gao). They are friends who clearly feel more for each other but have yet to act on their feelings. Here’s to hoping we see more of them in season two!

Though season two is on its way, Netflix has not announced a release date yet. But to tide us over, they released a Heartstopper deleted scene from season one with an electric moment between Tao and Elle.

“In 2022 we said “hi” to Heartstopper,” the streaming service wrote on Instagram. “Now, let’s say goodbye to the year with this deleted scene from Season 1!”

The scene starts with the group having a sleepover. Charlie is sleeping beside his friend Isaac (Tobie Donovan). Snuggled in blankets on the floor are Tao and Elle, who, unlike their pals, are giggling away at something on Tao’s phone. After the laughter fades, Tao tells Elle he misses her, and she reciprocates the sentiment. Then they snuggle together, and you can see the sparks fly between them. Literally. The new scene has some fans questioning what else Netflix is hiding in its vault.

All About Season Two

Heartstopper season two finished filming at the end of 2022 and will welcome back all of our favorite characters from season one, plus a few new friends. They will welcome Leila Khan as a new nonbinary character named Sahar Zahid, Jack Barton as Nick’s older brother David, Bradley Riches as James McEwan, and Nima Taleghani as school teacher Mr. Farouk.

Heartstopper season one is streaming now on Netflix.

Watch Sparks Fly Between These Characters in Deleted ‘Heartstopper’ Scene