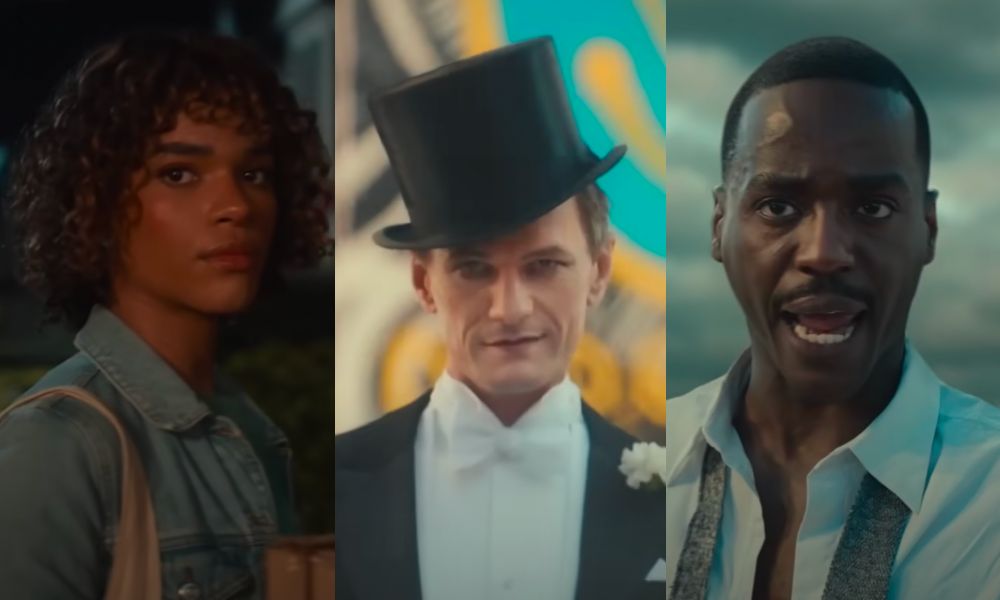 In a new extended teaser for BBC’s Doctor Who anniversary special episodes, fans will see familiar faces and exciting new ones.

The trio of episodes will likely revolve around David Tennant’s return as the 14th Doctor and the danger his partner Donna Noble (Catherine Tate) is in. But as showrunner Russell T. Davies previously said, not everything is as it appears.

“If you thought the appearance of David Tennant was a shock, we’ve got plenty more surprises on the way! The path to Ncuti’s Fifteenth Doctor is laden with mystery, horror, robots, puppets, danger and fun! And how is it connected to the return of the wonderful Donna Noble? How, what, why? We’re giving you a year to speculate, and then all hell lets loose!”

What to Watch For in the New Teaser

The teaser also opens with a first look at Heartstopper‘s fabulous Yasmin Finney as Rose. We can’t wait to see what mystery her character holds!

“If anyone would have told 8-year-old Yasmin that one day she’d be part of this iconic show, I would have never in a million years believed them,” Finney said. “This show has a place in so many people’s hearts, so to be seen as a trans actress by the legend himself Russell, has not only made my year, it’s made my life. I cannot wait to begin this journey for you all to see how Rose blossoms. Get ready.”

Meanwhile, monsters are raging and Neil Patrick Harris is lurking in at every corner. The icon will play the villainous toymaker who sometimes resembles Pinocchio’s Geppetto and other times is sporting a snazzy suit and eyeliner.

At the end of the trailer we are met once again with Sex Education‘s Ncuti Gatwa who, like us, has no idea what is going on in this timeline.

Related | Dan Levy’s Next Series is About Animated Guardian Angels

Following Jodie Whittaker as the first woman Doctor Who, Gatwa will join the family as the first Black and first openly gay doctor. According to Harris, he will also add an element of spice to the Time Lord.

“He’ll be the first gay Doctor, which is going to be super cool, a sexier Doctor,” he told Variety.

Doctor Who will return in November 2023 with three 60th-anniversary special episodes.