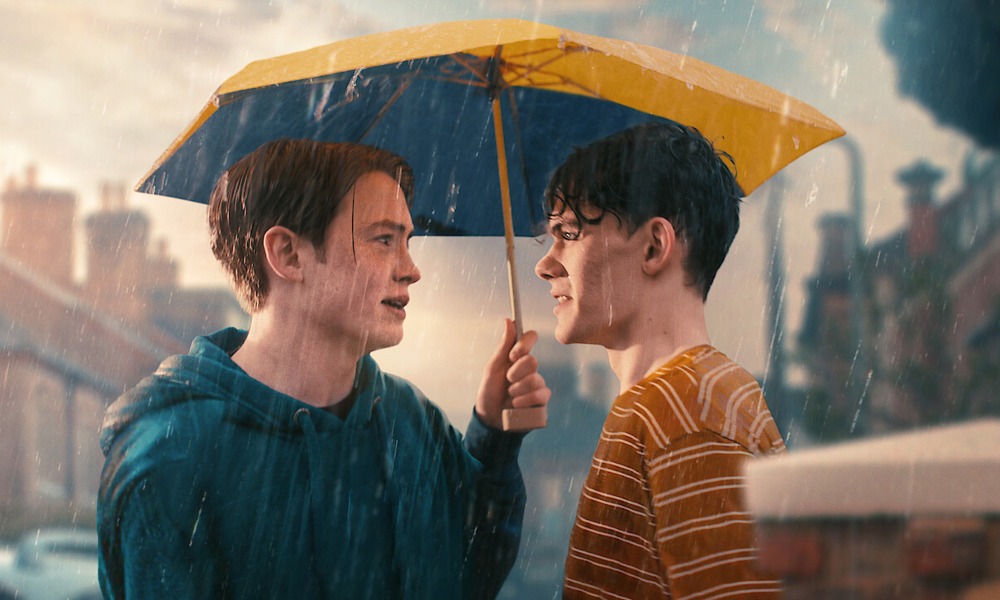 The actor could not make it to the ceremony, but two of his costars took the stage Sunday night to accept the award on his behalf.

“Patrick, who was supposed to be picking up the award for him, just picked it up for Olivia. So we just jumped up here,” Sebastian Croft said alongside Will Gao. “Kit, wherever you are, hi!”

“Kit, he’s been so inspiring for us, and he really led the company of actors and this is so well-deserved. I can’t wait to give this to him,” Gao continued during their shared speech. “Well done, Kit!”

Connor’s Emmy is for Outstanding Lead Performance in a Preschool, Children’s, or Young Teen Program at the first annual Children’s & Family Emmy Awards. Co-star Joe Locke was also up for the award.

Croft posted a clip from the Emmys and tagged Connor saying, “bestie wake up you just won an emmy xx”

The 18-year-old star then thanked his friends in the comments and wrote, “I’m up! Thank you darling.” He later took to his Instagram stories to acknowledge this significant milestone. “Well this is cool. Thank you so much to everyone who watched the show.”

Related | Michael Cimino Takes Over TikTok In His Boxer Briefs

Heartstopper is based on Alice Oseman’s webcomic by the same name. Netflix adapted it into a groundbreaking television series in May, where it received critical acclaim for its storytelling and authentic LGBTQ+ representation. The show won five of the nine Emmy awards it was nominated for. In addition to Outstanding Lead Performance, it won Outstanding Teen Series, Outstanding Writing for Alice Oseman, Outstanding Casting for Daniel Edwards, and Outstanding Guest Performance for Olivia Colman.

Netflix renewed the series for two more seasons, and to many fans delight, season two has wrapped filming.

Kit Connor Rises to Stardom After Heartstopper Season One

Connor earned praise for his portrayal of Nick Nelson, a student and rugby player who falls for his shy classmate Charlie Spring (Joe Locke). Later in the season, Nick comes out as bisexual to his mother (played by Olivia Coleman), a scene that has inspired many LGBTQ+ viewers to come out to their parents. Unfortunately, the media and Hollywood spotlight pushed the actor to come out as bisexual.

Last month, actor Lee Pace praised the young actor for his role in Heartstopper and criticized the media for their treatment of stars amid queerbaiting rumors.

“I look at him, and he’s so great in the show, and all I think is, I want to see what else you do. I want to see all of the people you inhabit in your career.”

He continued, “I actually don’t care about anything else. I don’t want to know it; it’s none of my business anyway. I’d rather take your word for it than some kind of hot take on it, you know? He’ll choose to reveal himself in the work he does, in the way he interprets characters, in the way he chooses the characters he wants to play.”