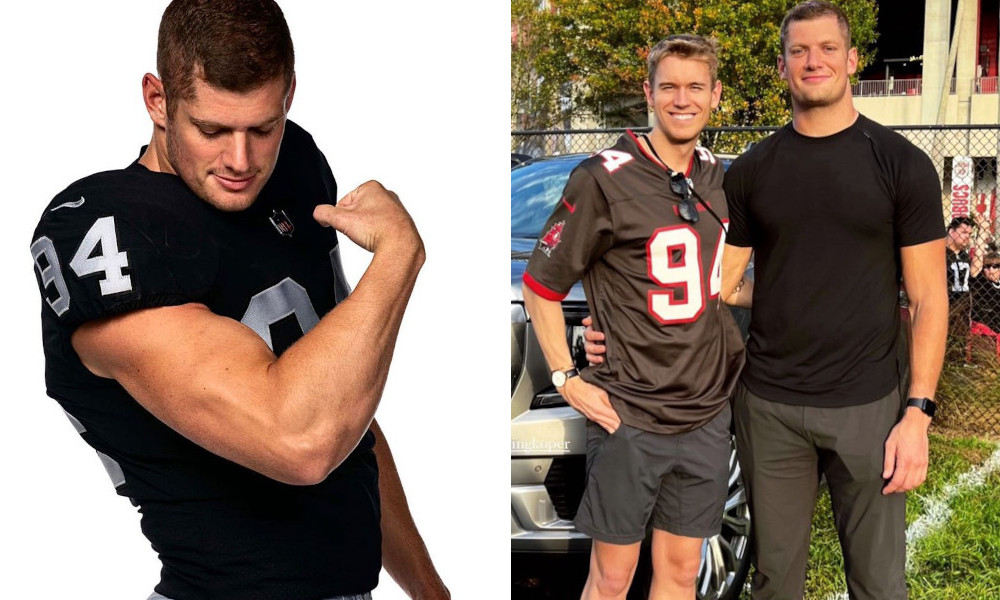 It’s official once it goes up on the gram! In a recent story posted to the NFL player’s Instagram account, Nassib confirmed that he is dating an Olympic swimmer.

“Kicking off 2023 with my man and a trip to the playoffs,” Nassib wrote alongside an adorable photo of the two athletes. Dahl is pictured wearing one of his boyfriend’s football jerseys while posing outside the Raymond James Stadium in Tampa, Florida. 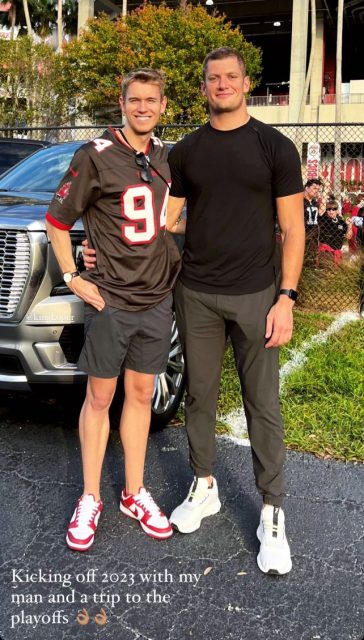 Rumors About Dahl and Nassib Begin

Now, we recognize that this news might be hard for some of you to hear; especially those who wrote “getting a Tampa Bay Buccaneers linebacker boyfriend” on their New Year’s resolutions list. But a quick scroll online confirms that the couple have likely been together for a while.

Nassib is usually private about his personal life, but he makes numerous appearances on Dahl’s Instagram account. Adorable moments between the two are hidden all over his feed – from beach selfies to the photo of the couple wearing matching security costumes.

Even if you do not follow Dahl, this is not the first time the swimmer has appeared on Nassib’s story. We do not blame him for wanting to show off his man. Have you seen his six-pack?

Related | Shawn Mendes Strips Down For an Icy Polar Plunge 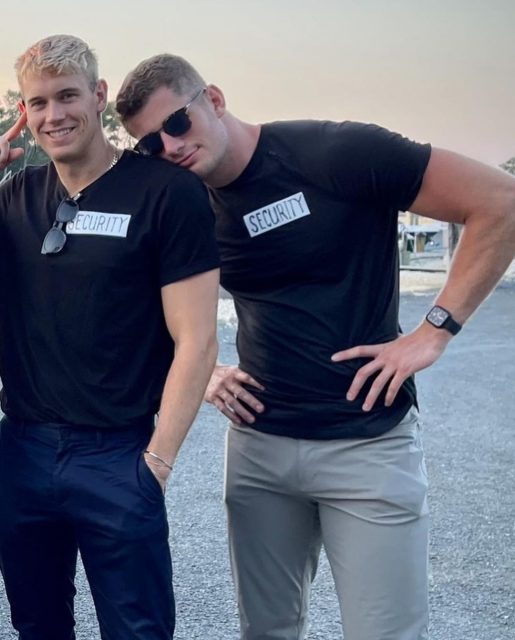 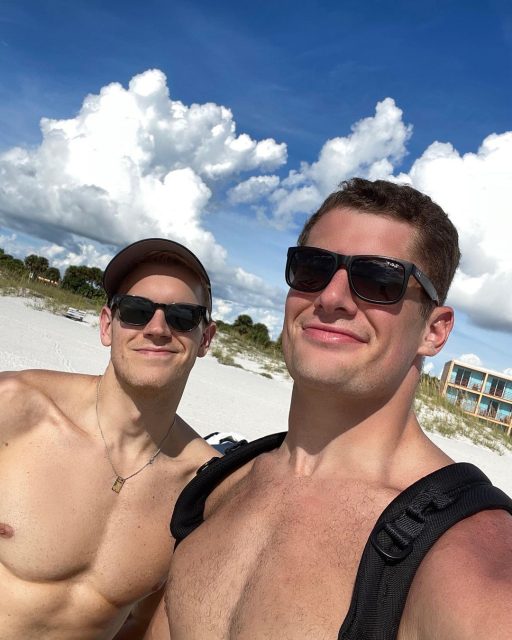 Who is Søren Dahl?

He is a 29-year-old Danish swimmer who competed in the 4×200 meter freestyle relay event at the 2016 Summer Olympics in Rio de Janeiro. Last year, he graduated from Texas Christian University with his master’s degree in strategic communications. Then he went on a road trip around the U.S. and is now supporting his football-playing boyfriend from the sidelines as his team heads into the playoffs.

That’s right, Nassib’s new relationship is not his only reason for celebration. The Tampa Bay Buccaneers recently won the NFC South title and are headed to the playoffs. Though this is Nassib’s first season with the Bucs, he made history last year as the first NFL player to play in a playoff game while signed with the Las Vegas Raiders.

The gays keep on winning.