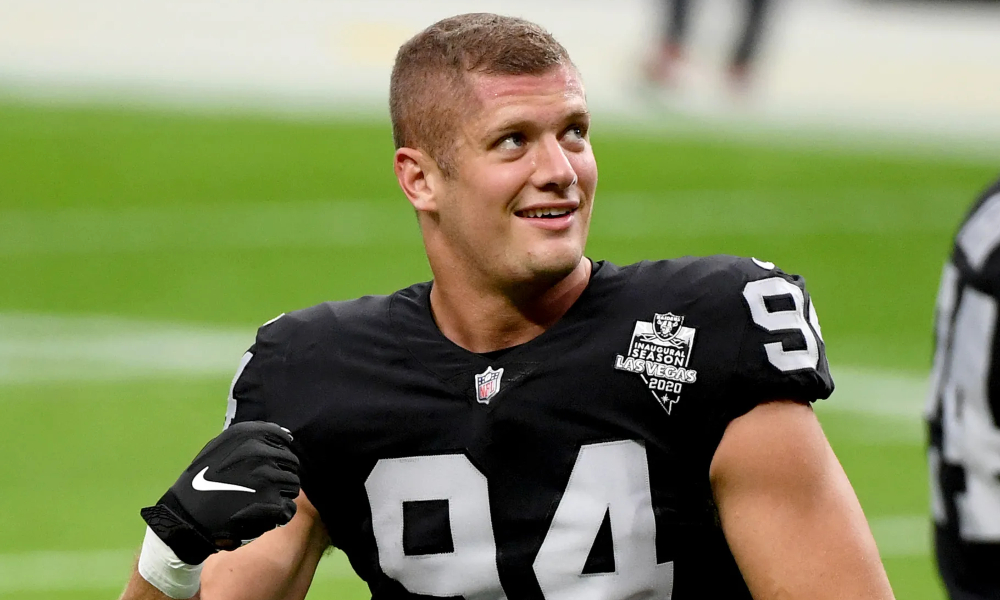 Carl Nassib‘s coming out makes him the first active NFL player in history to come out. In a video shared on social media, Nassib says, “What’s up people, I’m Carl Nassib. I’m at my house in West Chester, Pennsylvania.”

He continued, “I’m a pretty private person so I hope you guys know that I’m not doing this for attention. I just think that representation and visibility are so important. I actually hope that one day, videos like this and the whole coming out process are not necessary, but until then I will do my best and my part to cultivate a culture that’s accepting and compassionate and I’m going to start by donating $100,000 to The Trevor Project. They’re an incredible organization, they’re the number one suicide-prevention service for LGBTQ youth in America and they’re truly doing incredible things. I’m very excited to be a part of it and help in any way that I can and I’m really pumped to see what the future holds.”

According to SB Nation, the 28-year-old is entering his sixth NFL season and his second with the Raiders.

This story is developing.