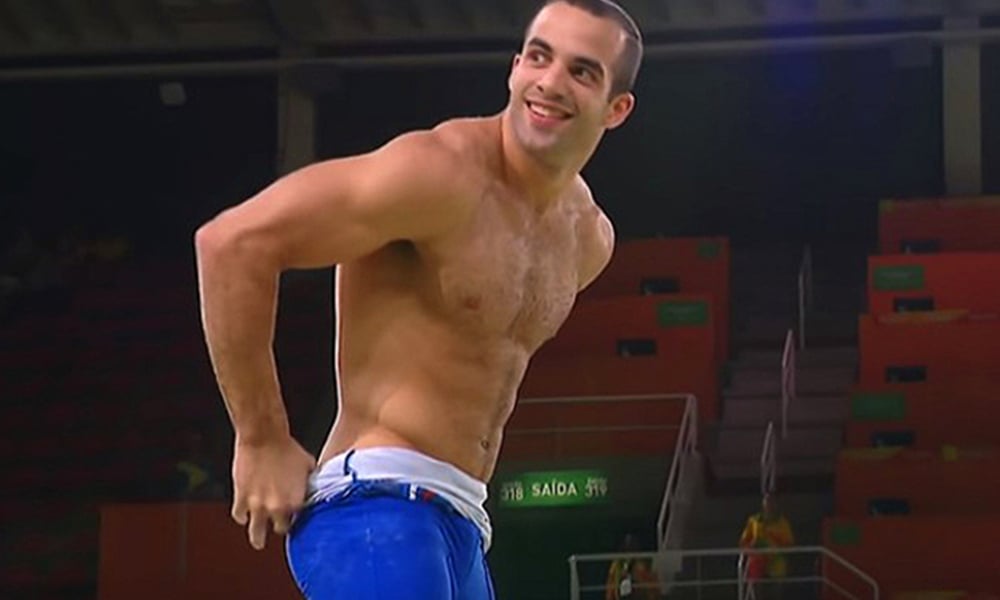 “I hope to one day live in a world where your sexuality is as irrelevant as whether or not you’re right or left-handed.”

There’s something about the phrase “coming out” that suggests one definitive act. The opening of a door. The turning on of a light. Then it’s done, and there’s no undoing it.

The truth is, coming out is a process. Not only is being out a lifelong endeavor, but it can also be a fluid and ever-changing phenomenon. Perhaps the attitudes of those around you change, or perhaps your own understanding of your sexuality changes. Whatever the case, coming out is less about closets and Pride flags, and more about sleepless nights and awkward exchanges with coworkers.

Enter Danell Leyva. This Coming Out Day, the three-time Olympic medalist took to Twitter with a more nuanced message of support, detailing his own struggles with his identity. “Earlier this year I finally understood that I’m bi/pan,” he said, adding that he is “still trying to figure that one out.”

In the Twitter thread, Leyva also explained his reasons for not coming out publicly before. “Throughout my life, for whatever reason, other people’s perception of my own sexuality [has] always been imposed onto me and it has always made me reject it even more.” He added that this was not because being gay was a bad thing, but because the questions and prying always felt intrusive.

A thread for #NationalComingOutDay

For a long time I’ve known that I wasn’t straight. But because of certain very personal reasons, I always rejected that side of me. Earlier this year I finally understood that I’m bi/pan (still trying to figure that one out) but…

Thankfully the outpouring of support was substantial. “I didn’t think it was gonna blow up the way it did,” Leyva said in an interview with Olympic Channel. As you might expect, LGBTQ+ folks reminded Leyva that he didn’t have to label it. Labels are like any other word. A tool to describe an object, idea, or experience. If your label isn’t effectively communicating your experience, then who needs it!?

Leyva finished with a reminder that you never know what someone is dealing with, and to be careful with your words. This idea should ring true for anyone reading who is currently not out, and for anyone who isn’t queer — take heed. You may think that your buddies find your casual jokes funny, but you never know what they might be internalizing.

“I hope to one day live in a world where your sexuality is as irrelevant as whether or not you’re right or left-handed,” Leyva said to Olympic Channel, adding “the only way we can achieve that is by making it normal, by doing things like what I did by coming out publicly, by talking about it publicly, by just helping people understand.