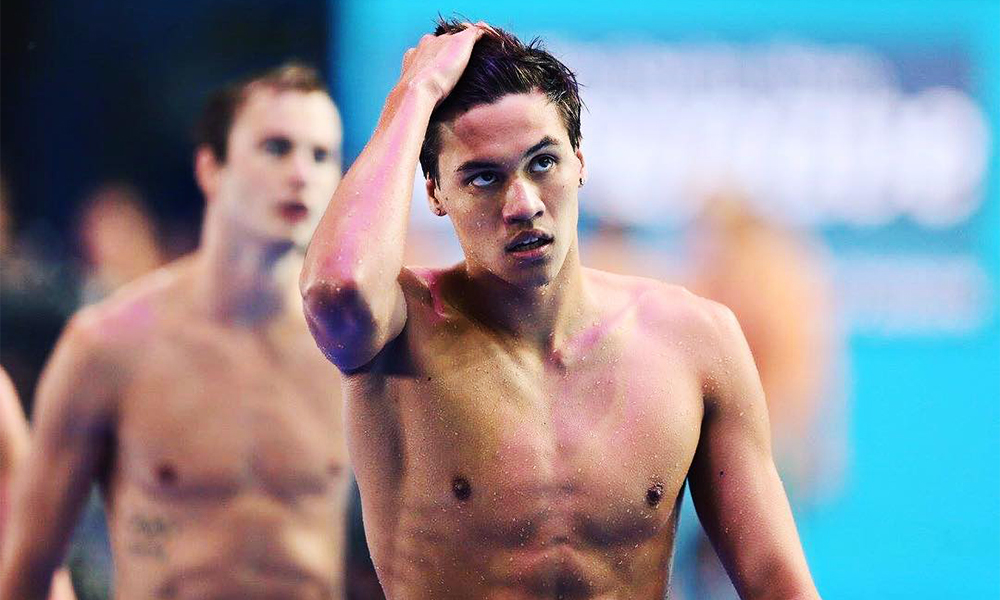 Olympic Swimmer Markus Thormeyer Has Come Out as Gay

“I want to share my story and be able to spread the message that it’s OK to be gay.”

Canadian swimmer Markus Thormeyer has come out as gay.

The 22-year-old, who raced for the freestyle relay team at the 2016 Olympics, shared his coming out story in a personal essay for OutSports. In the piece, Thormeyer revealed he felt embarrassed by his sexuality at the start of his career, and it hindered him in the water.

“I was willing to put everything on the line, but something was holding me back. It was the secret I was keeping — that I was gay,” he stated. “These intimate bonds with my teammates was amazing, but it also made me feel guilty at the same time.”

Thormeyer feared his teammates would reject him so he suppressed his sexuality. He was unsure how they would respond. He instead opted to avoid “drama in the training group”.

“Would me coming out change the dynamic of the training group and compromise me and my teammates’ chances of making the 2016 Olympics?” he questioned at the time. “I didn’t want to take that chance.
“So I kept my walls up and avoided talks about sexuality and dating.”

For Thormeyer, hiding his sexuality became harder over time, and it affected his swimming. He would “show up late and leave early to social gatherings and workouts” and would question “why I was swimming”.

“Eventually, the stresses of hiding who I was built up so much at the end of one day I just broke down,” he explained. “I felt helpless on my bedroom floor, but I also knew that I couldn’t keep living like this.

Thormeyer eventually came out to his teammates in the most informal way possible by telling them he had “never been on a date with a guy before” and that he would “probably be a nervous wreck and ruin it”.

Their reply was perfect: “Then, without a sliver of judgment or skipping a beat, my friends told me that I’d probably be fine on a date as long as I just had a good time and just as comfortable being myself.”

He continued, “Knowing that I had such amazing teammates supporting me so strongly regardless of my sexual orientation was one of the best feelings in the world. With this amazing group of people, I finally felt at ease and at home.”

“No one made a scene, and everyone accepted me for who I was. I was treated the same way as before I came out and I felt great about it. There was no drama, and it was exactly what I wanted.”

After coming out to his team, Thormeyer felt like decided could finally be himself, stating it was “like a literal weight was lifted off my shoulders. I came to the pool with my head up and smile on my face. There were no distractions.”

“My training got better, I got stronger, and my technique got sharper. Not only that, but I also broke down some walls between me and my teammates and our relationships flourished. Training with them fostered relationships that will last a lifetime.”

He added: “Coming out to the team taught me to be comfortable in my own skin regardless of being different or gay. It gave me confidence in the pool, which eventually spread to every other part of my life. Since then, I’ve been able to grow this newfound confidence in the pool, winning a medal at the 2018 Commonwealth Games and making a final at the FINA World Swimming Championships in 2019.”

Thormeyer revealed further that he’s now joined Team Canada’s OneTeam, which “promotes LGBT+ inclusion in sport because I want to share my story and be able to spread the message that it’s OK to be gay.”

He closed his essay by saying, “life is much better when you fully embrace you for who you are.”

Olympic Swimmer Markus Thormeyer Has Come Out as Gay