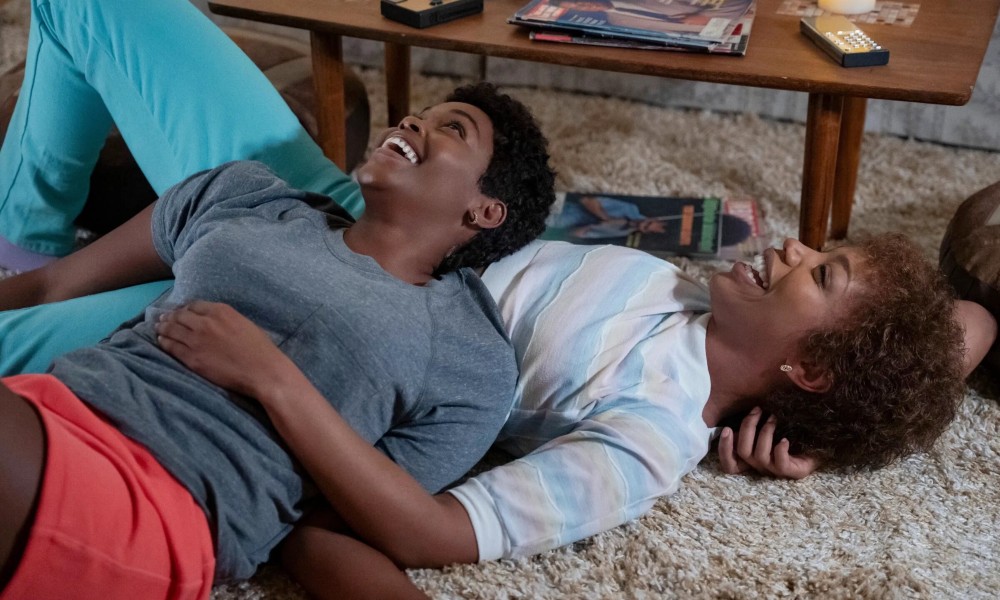 Actor Naomi Ackie said she would only have taken the role if Whitney Houston’s history with partner Robyn Crawford was included.

Whitney Houston’s sexuality was a hot topic in the tabloids during her stardom, but the Grammy Award-winning legend denied all rumors. However, a new biopic titled Whitney Houston: I Wanna Dance With Somebody shines a light on her relationship with her former assistant and longtime creative director Robyn Crawford.

Whitney and Robyn’s dynamic is memorialized thanks to actors Namoi Ackie and Nafessa Williams. Speaking about the role, Ackie said this biopic felt like a liberation.

“It’s a part of her story. The love between Robyn and Whitney was so pure and real and dynamic,” she told Attitude. “It moved, it shifted, they never put a name on it. And I just love that. It’s a part of Whitney’s story.”

A post shared by Whitney Houston: I Wanna Dance With Somebody (@wannadancemovie)

Both Ackie and director Kasi Lemmons were adamant that the film includes the truth about Robin and Whitney.

“If you’re going to explore this amazing woman, you’ve got to do it all,” Ackie told EW. “The thing I loved about her relationship with Robyn is that it’s just the deepest connection I think that Whitney experienced. That love that they shared, changed and morphed over time as they got older, but the love never changed.”

Lemmons agreed with the significance of Whitney’s relationship, though it was never truly a secret.

“I think it is something that, as a young actor in New York City, we were all aware of,” Lemmons said to The Los Angeles Times. “We thought we knew about it. There was lots of speculation. For instance, when I met Whitney, Robyn was upstairs in the hotel suite, with her daughter Bobbi Kristina. It was a very significant relationship in her life, a very significant friendship. I think nowadays we would probably just say, ‘Well, she’s sexually fluid.’ We wouldn’t necessarily label it as it having to be one thing or another. She certainly was sexually fluid.”

Though Houston’s estate agreed to allow the biopic to tell Robin and Whitney’s story, Lemmons still had to fight to include a kiss between the two women.

“It’s the sweetest kiss. It’s like a first kiss, very romantic,” she said. “And I fought for it.”

What Happened Between Robyn and Whitney

As hinted at by Lemmons, this project is not the first time the world has heard about Whitney Houston’s bisexuality. In 2019, Robin Crawford wrote a memoir, “A Song for You: My Life with Whitney Houston,” where she spoke about being with Houston and why their relationship shifted.

In the biopic, audiences will see Houston moving in with Crawford, against her parents’ wishes. Her father John Houston (Clarke Peters) encouraged both girls to date men, but Robyn refused. Meanwhile, Houston dates Jermaine Jackson before marrying Bobby Brown (played by Ashton Sanders). Unfortunately, her relationship with Crawford did not have the happy ending we would hope for. But her story has an important message for the world regarding LGBTQ+ relationships.

“It was important to discuss, especially right now, because we have to ask ourselves, ‘What would’ve happened if these outside pressures hadn’t been on her, and she had just been allowed to be herself? Would that have been a lasting relationship, or would it have eventually become the friendship that it became?'” Lemmons continued. “Those questions are interesting to me. But the relationship was so significant that I wouldn’t have done the movie if it wasn’t included in the film.”

I Want to Dance With Somebody is playing now in theaters. Watch the trailer below.