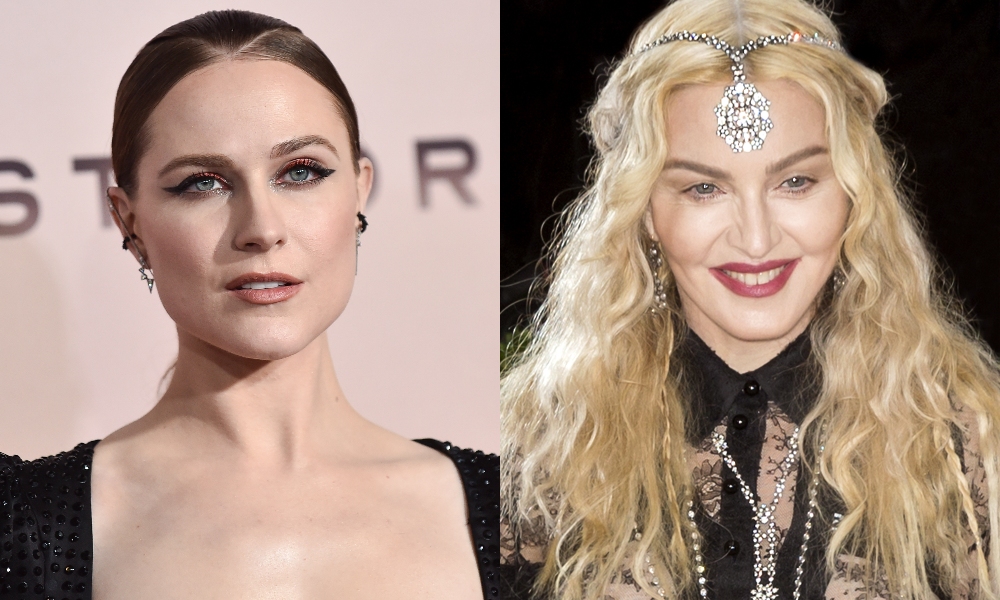 Is that Evan Rachel Wood as Madonna? Yes, it is.

It seems we may never see the highly anticipated and elusive Madonna biopic, but hopefully, this holds you over. Evan Rachel Wood will be playing the Queen of Pop for an all-new Weird Al Yankovich biopic, and we have the first official photo.

Wood, best known for her recent role in HBO‘s Westworld series, shared the photo on Instagram dressed in Madonna’s signature black lace bow layered jewelry. Summarizing her experience, saying she was having “way too much fun” playing the eighties icon.

Who is Playing Madonna in Her Official Biopic?

Rumors have spread that Ozark fan-favorite and Madonna look-a-like Julia Garner will be starring in the official biopic. Garner recently hinted at the possibility while appearing on Andy Cohen’s Watch What Happens Live.

Other actresses reportedly up for the role are Black Widow‘s Florence Pugh, Euphoria star Alexa Demie and Mayor of Kingstown‘s Emma Laird.

Based on Madonna’s formative years as a young musician, the film has been in development since 2020. Oscar-winning screenwriter Diablo Cody is attached. Madonna will direct the film, making this her official comeback since her 2011 directorial debut with the Oscar-nominated movie W.E.

Related | Westworld‘s Simon Quarterman Opens Up About Stripping Down

Madonna’s film is another in a series of recent musical biopics, including Queen’s Bohemian Rhapsody, Elton John’s Rocketman, and Motley Creu’s The Dirt.

If all the rumors are true, Madonna might have another award season contender on her hands.