This time of year can be difficult if you’re LGBTQ+. Coming home to family, potentially to celebrate a religious holiday, puts many queer people in a vulnerable position. That’s why it’s so important to acknowledge those still struggling with feelings of inadequacy. Especially those with unsupportive family members or those cut off from a supportive community.  During the last performance of his The More the Merrier Christmas Tour, David Archuleta shared a tearful message that will touch the hearts of many gay people this holiday season. 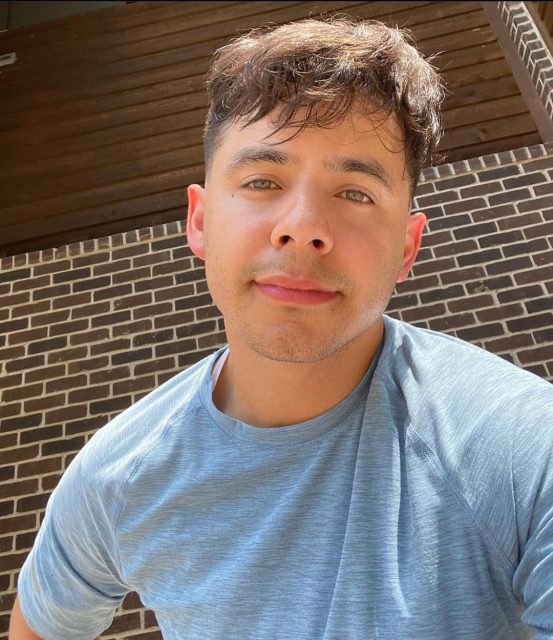 Who is David Archuleta?

David Archuleta is an American pop singer best known for his appearance on American Idol. Archuleta is also known for being raised in The Church of Jesus Christ of Latter-day Saints. The singer came out in the summer of 2021 and recently opened up to the public about his crisis of faith. Despite the church’s best attempts to keep him, and find him “a good girl,” Archuleta decided it was best to part ways rather than deal with more homophobic abuse.

The More The Merrier Tour

Archuleta announced a Christmas tour in Utah, Nevada, Texas, and Arizona called The More the Merrier Christmas Tour. The singer already made headlines when he opened up on stage in Delta, Utah about this faith crisis. In response, many fans walked out in protest. Archuleta’s response was unapologetic and it seems he was undeterred from speaking at future events.

During a 10-minute interlude at the Chandler Center for the Arts in Chandler, Arizona, the 31-year-old plucked away at his keyboard as he opened up to the audience. As he considered the next song he was about to sing, Archuleta spoke about his journey with faith and prayer. The singer recalled the moment this song came to him and the conflict it now creates in his mind. The song, called My Little Prayer, explores Archuleta’s pleas to God to change who he is. “I was afraid of who I was, and how I was,” said Archuleta. “I thought I needed to change that to be acceptable and be okay.”

“I started praying so much, just saying, ‘God, if you’re really there please, please change me.’”

Archuleta’s prayers to change his sexuality came from as early as age 12. These prayers would go unanswered even as Archuleta’s career took off and as he came close to marrying three different women. “I thought with due diligence and if I have enough faith he’ll answer my prayers and be able to change me to that I’m acceptable,” said Archuleta. “I would look at myself and I wasn’t the same as everyone else and the way that I was told I should be.”

As the years went by and Archuleta stayed the same, he came to a scary conclusion. Maybe God didn’t like him. “Or maybe I’m just not good enough, I don’t have enough faith, because I’m not changing,” said Archuleta. He went on to talk about his latest relationship with a woman for who he even bought an engagement ring. Archuleta spoke about how she said she felt unloved and uncared for in the relationship despite all of his best efforts. “I was just getting terrified because […] I knew that I wasn’t able to desire them in the way that they deserved to be and in the way that they wanted to be.”

“I was beginning to feel like I was a bad person for even being, you know, because I tried so hard and I thought, ‘I must just not be good enough. Maybe God cursed me because I’m still the way I am,’ and I was thinking, you know, ‘I don’t want to be here and be bad, so maybe it’s better that I’m not here because you’re so scared of yourself.'”

All of this led to severe anxiety attacks and even more prayer. “I didn’t want to be bad,” said Archuleta, getting choked up. “And I was feeling like I was a bad person just for even being.” Still gently playing the piano, Archuleta continued to pour his heart out. “I just thought I must not be good enough, maybe God cursed me,” he added. “I was thinking like, you know I don’t want to be here and be bad, so maybe it’s better that I’m not here.”

A Moment of Clarity

This incredibly vulnerable moment is one many in our community know well. It was at this low moment that Archuleta prayed that little prayer one last time. It was then that he received his answer. “I just felt this response saying, ‘David you need to stop asking me this,” said Archuleta. “‘You’ve been asking for over half of your life now for me to change you when I don’t see anything to change about you […] You’re the way I intended for you to be.'” The response went on to tell David that they don’t see him the way “a lot of well-meaning people” see him.

“It was like the first time I was able to feel love for myself. It changed everything.”

It was at this point that Archuleta offered his own words of hard-won wisdom to the crowd. “If you’ve ever felt like you don’t belong because of you being different, I just want you to know that it is worth you sticking around […] to live your life and be happy.”

If you’re LGBTQ+ and dealing with thoughts of inadequacy or self-hatred, you are not alone. Keep reading for a list of LGBTQ+ resources available to you. You are loved and you are valid. You have a community that celebrates you whether you are out or not. Remember that.