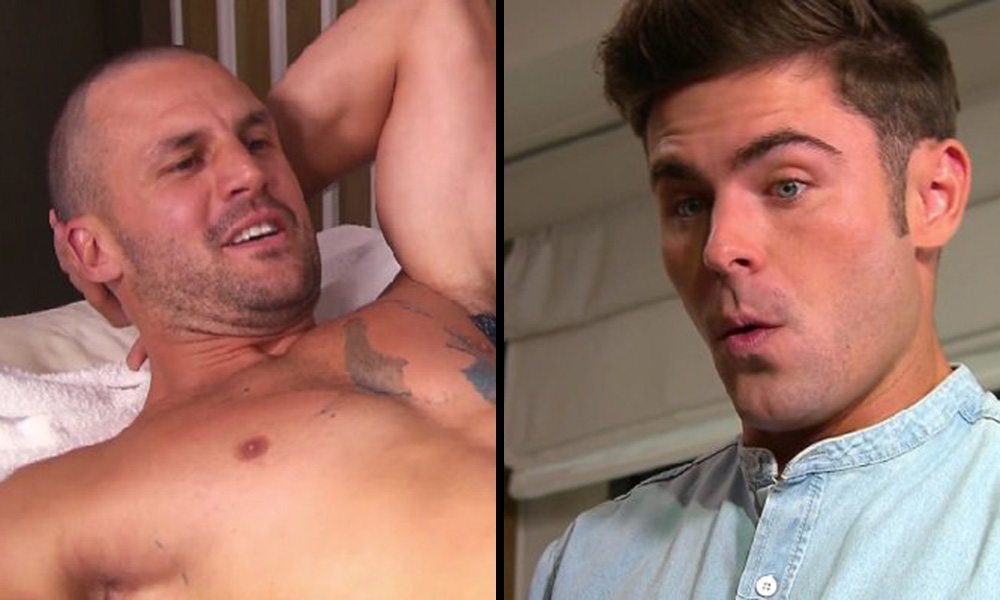 Beau Ryan got a “back, sack and Zac wax,” and it was glorious.

During their interview, Efron convinced Ryan to try waxing. “One of the things we had to do to be initiated into Baywatch, and this was a surprise to me, was the back, crack and Zac wax,” Efron said.

Related | Zac Efron Gets Poked in the Face by a Peen

Between faces of fear, Ryan asked the ripped actor to “wax off on me, man,” and, he didn’t say no. So maybe there’s a shred of hope. In addition to Ryan’s pubic hair, Efron also removed his armpit hair, and declared that this experience was “one of the coolest things [he’d ever done on TV.”

Before the full-length video was released, Ryan posted a teaser clip to Instagram that showed Baywatch stars waxing his chest. Beau captioned the post with: “Sometimes you’ve just got to let @zacefron do whatever he likes to you. See you on Thursday night @nrlfootyshow.”

Sometimes you just gotta let @zacefron do whatever he wants to you. See you on Thursday night @nrlfootyshow

Before revealing the bare-chested Ryan, Efron addresses the camera saying, “we’re with Beau and this is what we did to him.” Then, Ryan asks, “I’m in the movie, but, yeah? I’m in the movie.” Both Baywatch stars ignore him, and he repeats the question, “So, I’m definitely in the movie, yeah?” With that, Efron and Daddario reply, “yeah, sure. 100 percent.”

You can watch the video below and catch Baywatch in theaters.