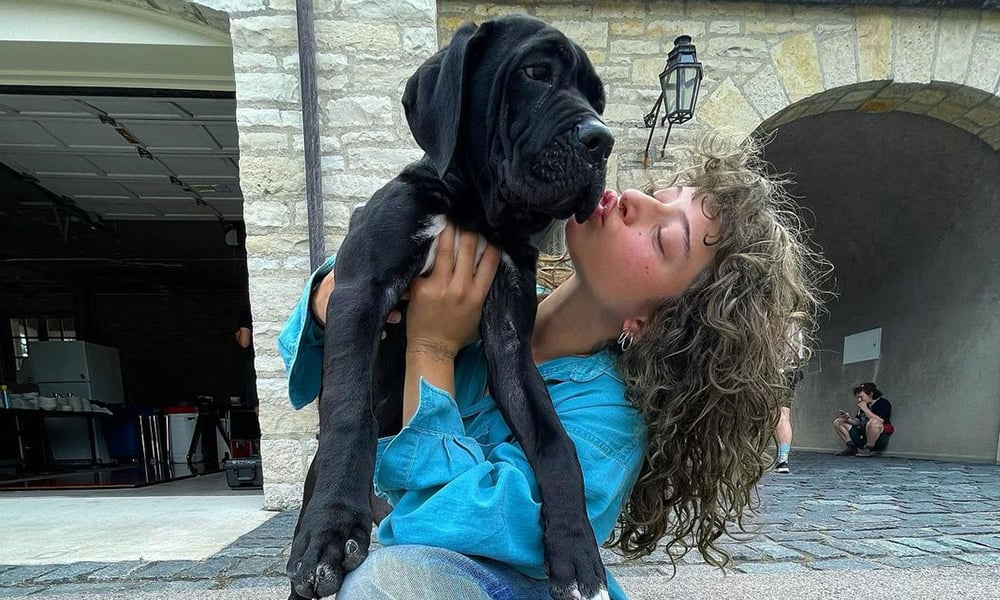 Who Is Odessa Adlon?

Look out world, Gen Z is taking over Hollywood, and 21-year-old Odessa Adlon is the rising star to watch. From cracking jokes on CBS’ Fam to breaking hearts on Netflix as Joey Del Marco in Grand Army, Odessa Adlon has all the makings of an “It” Girl, off and on screen.

So who is Odessa Adlon? Who are her parents, who is she dating, and what is she doing next? Keep reading to find out more!

RELATED: Is Jaden Smith Gay? Putting the Rumors To Rest

American actress Odessa Adlon grew up in Los Angeles with her mother Pamela Adlon and sisters Gideon Adlon and Valentine “Rocky” Adlon. She was pretty much born with showbiz in her blood, and her passion for the performing arts was clear long before she ever got in front of a camera.

In an interview with Teen Vogue, Odessa talked about putting on skits with her sisters when they were kids. But that’s just the tip of the iceberg!

Odessa Adlon’s parents are industry vets. Her father Felix O. Adlon is a director from Germany; her mother Pamela Adlon is an Emmy award-winning American actress, producer, and writer known for her work on King of the Hill and Louie.

No wonder she got bit by the acting bug!

Odessa Adlon started acting from a young age. At 12, she played a bit part in Conception (2011), a film starring her mother Pamela Adlon alongside David Arquette. Odessa went on to attend Charter High School of the Arts in Los Angeles, which boasts a curriculum of academics balanced with visual and performing arts. Odessa told Teen Vogue that her family didn’t want her to go into acting – luckily for her fans, she did anyway!

At 15, Odessa Adlon got her own agent and jumped into acting full time. Along the way, she picked up playing the piano and guitar. She even started a band – Dessa – and performed in gigs around LA. We love a multi-talented queen!

Odessa’s first major role on television came in 2017 when she landed a five-episode arc on CMT’s Nashville as the character Liv. In 2019 she appeared in two episodes of Wayne, her first streaming TV series (but definitely not her last).

In 2019, Odessa Adlon nabbed the main role of Shannon, the spunky half-sister of Nina Dobrev’s character on the TV series Fam. And though the CBS sitcom was canceled after one season, it paved the way for Odessa’s next project: a gritty teen drama on Netflix called Grand Army.

In October 2019, she was cast in Grand Army as Joey Del Marco, the main role in a diverse ensemble of actors. The nine-episode series focused on high schoolers in Brooklyn navigating hot-button issues like racism, sexual assault, and sexual identity.

Reviews of the show were generally favorable, with Odessa’s performance as fierce feminist Joey Del Marco earning critical acclaim. Rolling Stone called her “especially magnetic,” noting that “The way that A’zion uses her physicality to show the emotions that are transforming Joey is just stunning.”

Odessa Adlon – or should we say Odessa A’zion – also has a couple of movies under her belt. She starred in the 2018 thriller Ladyworld (an all-female take on Lord of the Flies) with Maya Hawke of Stranger Things fame. Odessa also played Madison in the 2020 horror film Let’s Scare Julie.

Odessa Adlon’s boyfriend once upon a time was none other than rapper/actor Jaden Smith. They made their official red carpet debut at the Better Things premiere in 2017. Jaden Smith and Odessa Adlon dated for a little over a year and even attended prom together; however, they broke up sometime around 2019.

We’re not seeing a partner on Odessa’s Instagram between snapshots of #setlife and social life, so it seems like she’s currently single. But your guess is as good as ours!

We Went To Prom, This Picture Describes The Experience pic.twitter.com/hv6UvGqh2w

What’s Next For Odessa Adlon?

Despite the praise, Netflix sadly did not renew Grand Army for a second season. But if Odessa’s IMDB page is anything to go by, we’re sure to see her on the big screen again soon. She’s got four new movies in post-production (The Inhabitants, Hellraiser, Pools, and Good Girl Jane), is currently filming another (For the Night), and was just cast in Jennifer Esposito’s upcoming feature film Fresh Kills.

Wowza! Odessa A’zion may just be getting started, but trust us: this actress is going places. We can’t wait to see what she does next!

Who Is Odessa Adlon?