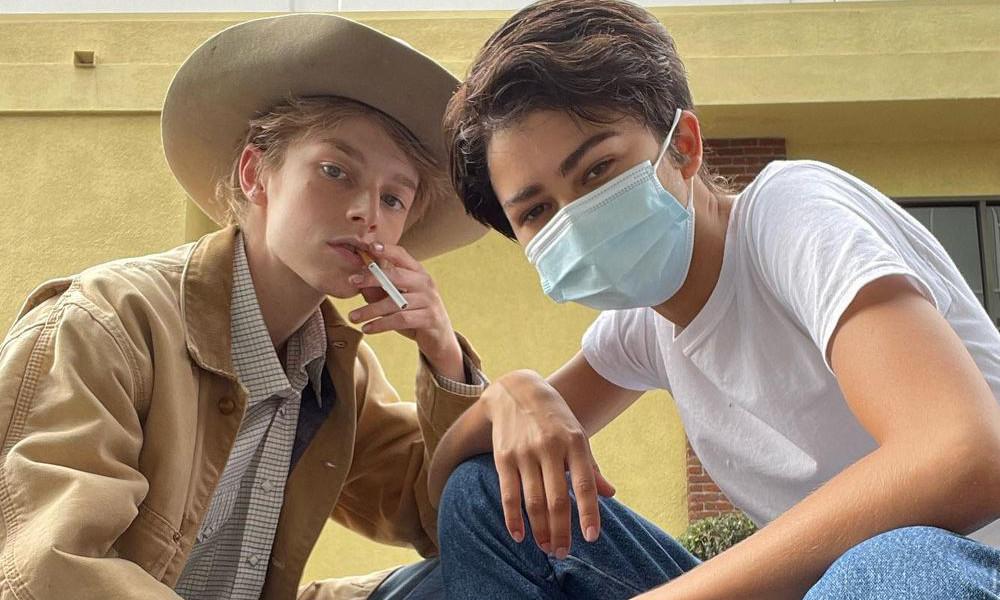 Season two of HBO’s ‘Euphoria’ is halfway over, and the drama has not let up.

Note: This story contains spoilers for Season 2, Episode 4 of ‘Euphoria.’

The tribute is in Sunday’s episode, “You Who Cannot See, Think of Those Who Can”. Cal (Eric Dane) comes out to his family after secretly hooking up with a number of people throughout the season. For those of you who forgot, he rimmed a guy a few episodes back, but you can read more about that here.

However, the biggest blowup in the episode comes when Jules (Hunter Schafer) finally learns Rue (Zendaya) is not actually sober.

While their future as a couple remains unknown, the episode started with a montage of the two paying homage to some of pop culture’s most iconic love stories. This includes queer film Brokeback Mountain.  Schafer took on the part of Heath Ledger/Ennis Del Mar while Zendaya portrayed Jake Gyllenhaal/Jack Twist. They recreated the scene where sheepherders make love for the first time in a tent.

I’m sorry but the Brokeback Mountain recreation had me cracking up #Euphoria pic.twitter.com/sfmW1UYcWp

“I mean, I love Brokeback Mountain,” Schafer told Entertainment Weekly. “I also like [that] it’s also something I never would’ve thought I would be offered to emulate on film, so that was really cool. And that was fun for me and [Zendaya] just because we got to do our Southern accents and act like kind of old withered Southern dudes who were secretly gay for each other. It was just fun on set for that.”

They described it as “the most wild, out-of-pocket filming circumstances that I would never normally have gotten to work on this end. I was really excited.”

While Hunter and Zendaya aren’t in the talks to star in a Brokeback Mountain reboot, we would be totally here for it if they were! Until then, fans can catch new episodes of Euphoria Sunday nights at 6 pm PT/9 pm ET on HBO Max.

Watch the trailer for the latest episode below!