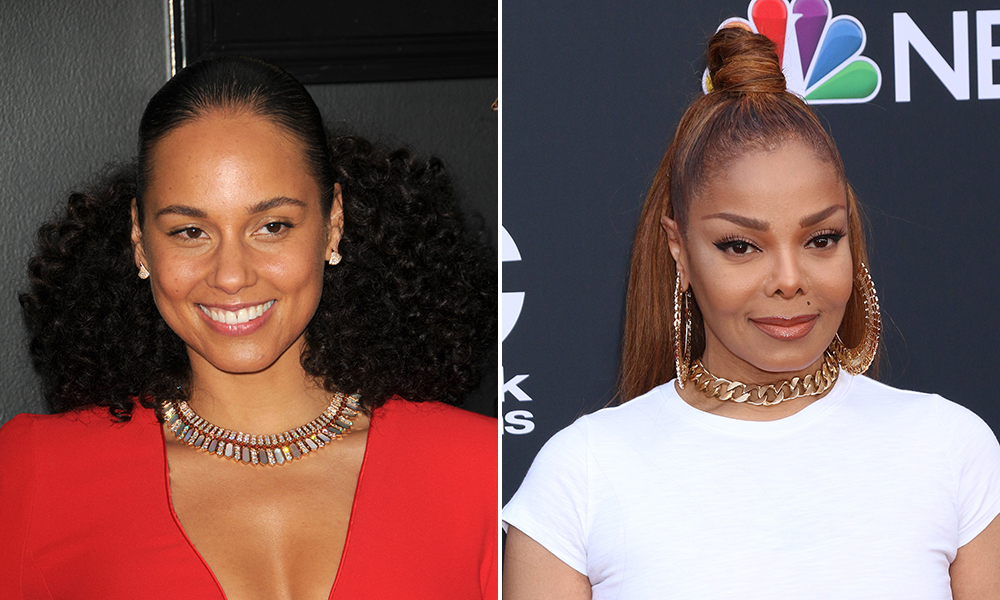 Alicia Keys Responds to Janet Jackson’s Crush on Her

Alicia Keys is showing love to Janet Jackson after she admitted to having a crush on her.

In 2008, Jackson revealed she had a crush on Alicia Keys while speaking to E! Online. She said if she were to date a woman, that woman would have to be the “Girl on Fire” singer. Now, 14 years later, Keys is showing the love back to Jackson. She shared a photo of the article on her Instagram over the weekend, captioning it saying, “I always knew I was BAE But when @janetjackson says it 💥💥💥💥.”

Several other famous women chimed in to offer their support of the idea. Lachi wrote, “Janet has great taste! ❤️❤️❤️” Meanwhile, Ariana DeBose, who wrote, “Well, hot dayumn!!!!!!! …. Where is the lie? Gorgeous gorgeous women. Yes.”

A fan chimed into the comment section, saying Keys must felt “validated” by Jackson. “I kinda did feel some kind of way !!!! 👑👑👑,” Keys wrote back.

In the post, Keys also shouted out Jackson’s Lifetime and A&E documentary Janet, writing, “Make sure you watch OUR Sis, THE ICON’s Doc 💯💯💯💯💯.”

The doc follows Jackson’s life over the last 40 years since her pop music debut. The famously private star talks about everything from her personal life and professional wins. This includes her relationship with her brother Michael Jackson and her infamous 2004 Super Bowl halftime show with Justin Timberlake.

Janet is out now on Hulu+ With Live TV.

Alicia Keys Responds to Janet Jackson’s Crush on Her