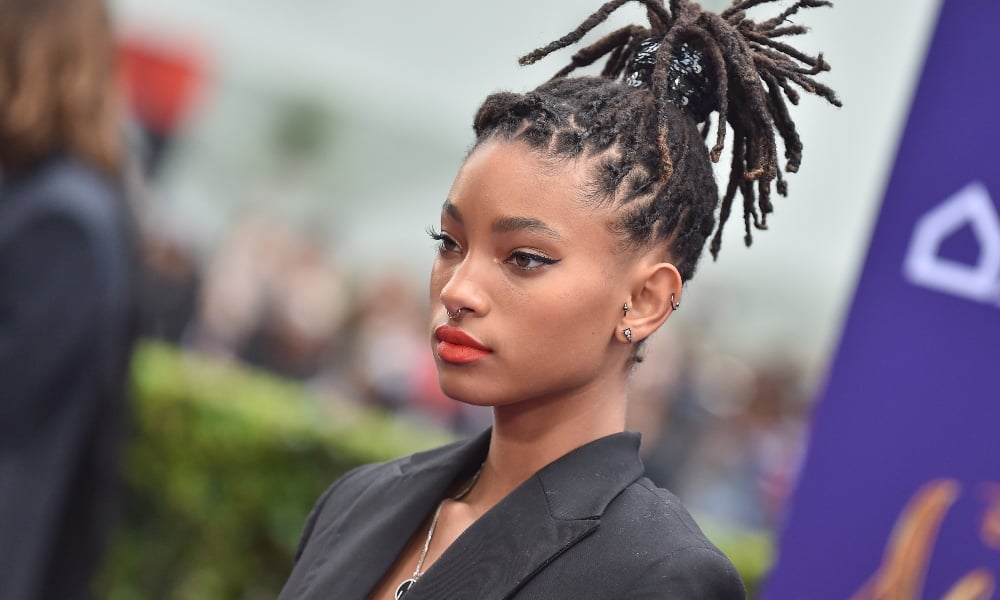 Is Willow Smith Bisexual and Polyamorous?

Willow Smith is no stranger to public scrutiny as the daughter of one of Hollywood’s most famous couples. She’s also well-known for her catchy music, especially the catchy single “Whip My Hair”. But being under the spotlight comes with extra public attention to her sexuality and whom she dates.

Is Willow Smith lesbian, straight, or bisexual? Keep reading to learn the truth about Willow Smith’s sexuality, her romantic history, and what she has to say about relationships.

Related | Is Jaden Smith Gay? Putting The Rumors To Rest

Who Is Willow Smith?

Singer and actress Willow Smith (or mononymously, Willow) is the only daughter of American actors Will Smith and Jada Pinkett Smith. She made her big-screen debut in I Am Legend (2007) with her father, then released the hit song “Whip My Hair” in 2010. The song was certified platinum and even charted on the Billboard Hot 100, a success that led to being signed to Roc Nation, Jay-Z’s label.

Willow was the youngest artist ever to be signed to Roc Nation. She released Ardipithecus in 2015, and its lead single “Wait A Minute” was quickly certified platinum. Willow’s third and fourth albums, Willow (2019), and lately I feel EVERYTHING (2021), explored multiple genres such as psychedelic soul, alt-rock, and grunge.

Whom Has Willow Smith Dated?

In April 2014, there were rumors that Willow Smith was dating actor Moises Arias. Pictures of the two were posted by Arias on his weblog, triggering public outrage because Willow was 13 and he was 20. It was later revealed that they were hanging out on set with Jaden, Willow’s brother, and this quickly put the gossip to rest.

The pair are still going strong and working on new musical projects together.

Willow Smith is bisexual. Willow came out in 2019 during an episode of Red Talk Table. In the episode, Willow said, “I love men and women equally and so I would definitely want one man, one woman. I feel like I could be polyfidelitous with those two people. I’m not the kind of person that is constantly looking for new sexual experiences.”

Willow added, “I focus a lot on the emotional connection and I feel like if I were to find two people of the different genders that I really connected with and we had a romantic and sexual connection, I don’t feel like I would feel the need to try to go find more.”

On a Red Table Talk episode, Willow revealed that she was polyamorous. However, she pointed out that there was a general misconception about the main reason people choose polyamory: that it’s primarily for sex.

She explained her idea of fulfilling a partner’s needs in general, saying, “Let’s say you haven’t always been the kind of person that wanted to have sex all the time. But your partner is. Are you gonna be the person to say, you know, ‘Just because I don’t have these needs, you can’t have them either?’ And so that’s kind of one of the reasons why I actually was interested in poly because I was introduced to it through kind of a nonsexual lens.”

Willow pointed out that polyamory allows people to find the best dynamic for them instead of simply obeying conventions. In the same episode, she said, “With polyamory, I feel like the main foundation is the freedom to be able to create a relationship style that works for you and not just stepping into monogamy because that’s what everyone around you says is the right thing to do.”

The best part of the episode was Jada Pinkett-Smith being encouraging and positive, expressing her happiness for Willow’s choices as long as she put herself first. “As long as you are learning to have the greatest love affair with Willow, I’m okay with whatever you do.”

Willow Smith is both openly polyamorous and bisexual, and she’s refreshingly straightforward about exploring her identity. Hopefully, her honesty about her romantic and sexual preferences will encourage more people to talk about what they want and need in relationships.

Related | Did Jaden Smith Just Come Out On Stage?

Is Willow Smith Bisexual and Polyamorous?