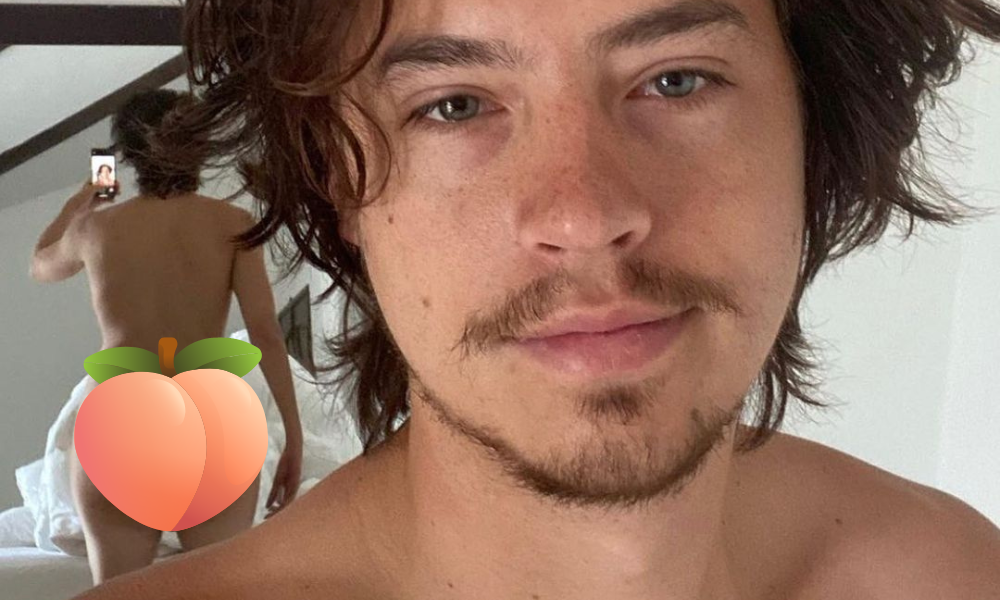 Did you all see the full moon this morning?

No, we’re not talking about the real moon. We’re talking about Cole Sprouse’s recent Instagram selfie with a special surprise in the background.

The 29-year-old actor posted a nude photo that showed his backside captured in a mirror placed behind him. Butt, this wasn’t your average cheeky photo. Sprouse appears to have edited the image to give himself a juicy derriere.

“Good morning to my publicity team,” the Riverdale star captioned the photo. We can only imagine their office looks like this right now.

Sprouse is known for posting funny content online (though we can’t say we were expecting this gem to go up on a Tuesday). Previously, the actor created a secondary Instagram account called @camera_duels, where he documents all the times fans have tried to sneak photos of him.

“This Instagram is dedicated to the people out there who secretly take photos of me, and how I take photos of them first. May the fastest camera win,” his bio reads.

The internet is going crazy for the selfie, and so are his friends and costars.

While Lana Condor, who starred alongside Sprouse in the sci-fi/rom-com Moonshot, wrote “no,” on the post, others seemed very excited about the peek at Sprouse’s bottom.

Riverdale costar Vanessa Morgan put a skull emoji. Then Sprouse’s screen dad Skeet Ulrich typed several laughing emojis. Other takeaway comments include “best thing you ever publicized,” “hate to see you go, love to watch you leave,” and “A DUMP TRUCK.” Go scroll through for more entertainment. There’s a lot to see.