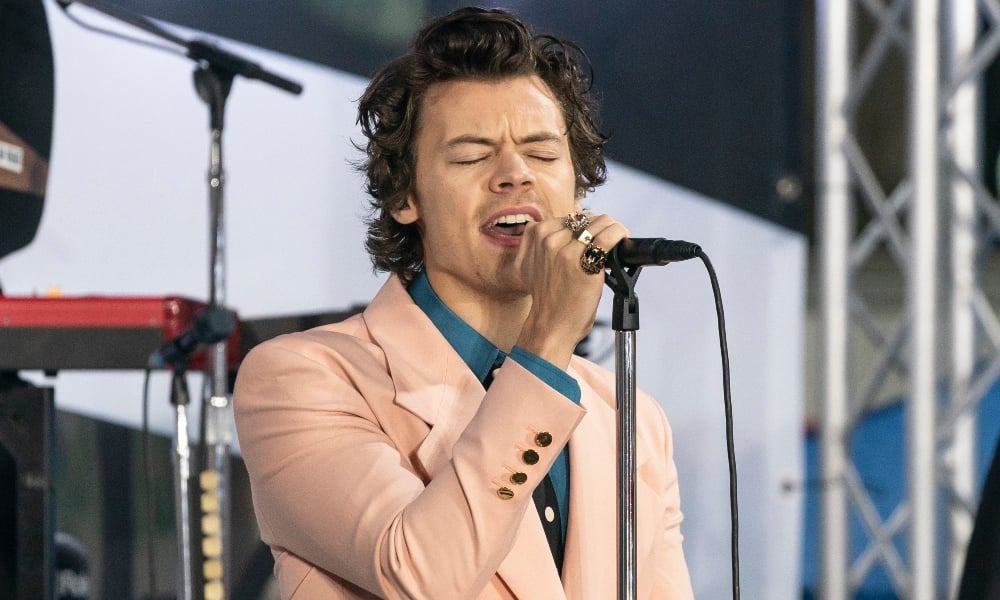 Is Harry Styles Gay? The Singer Sets the Record Straight

English musician and actor Harry Styles is no stranger to the scrutiny of the spotlight. The former One Direction member has been fielding questions about his love life and projects for over ten years.

One question still on everyone’s lips is whether he’s gay, straight, or bisexual. He’s been a vocal LGBTQ+ supporter, but is he a member of the community?

Keep reading to get the full scoop on Harry Styles’ dating history, sexuality, and who he’s seeing now. We’ll go through all the famous faces he’s been seen getting cozy with and address the rumors linking him to his former bandmates.

Who Is Harry Styles?

Born on February 1, 1994, Harry Styles is an English musician, actor, and songwriter. He shot to superstardom when he joined the British reality talent show The X Factor as a solo contestant. Although he was eliminated, he and other eliminated contestants were brought back to form the British boy band One Direction. His co-members were Niall Horan, Zayn Malik, Liam Payne, and Louis Tomlinson.

One Direction became one of the biggest British pop groups in the world, releasing the international hits “What Makes You Beautiful”, “Story of My Life”, and “History”. They became the first group to have their debut album reach #1 in America, and their first four albums all debuted at the top spot as well.

After this success, all of the members eventually explored their own solo musical paths. Harry Styles suggested that the band go on hiatus in 2016 after wrapping up promotions for their fifth album. The band’s hiatus has remained indefinite, keeping fans’ hopes of a reunion alive.

During the first year of their hiatus, Styles started writing and working on his own music. He released the single “Sign of the Times” in April 2017, and the song hit #4 on the Billboard Hot 100 chart. Harry then released a self-titled album in May 2017 to critical praise, drawing comparisons to 1970s soft rock and David Bowie.

Harry also started dipping his toes into the world of acting, making his debut in Dunkirk (2017). He’s starring as Jack in the upcoming 2022 psychological thriller Don’t Worry Darling. He’s also set to play Tom Burgess, the titular character in My Policeman.

As early as the One Direction days, it’s been speculated that several members are gay. Harry Styles and Louis Tomlinson’s gay rumors are particularly persistent, giving rise to the infamous online fan pairing a.k.a. “ship” called “Larry”. Fans have gone as far as photoshopping a Louis and Harry Styles gay kiss photo, which made things very awkward during an Australian TV interview in 2013.

In 2017, however, Styles felt comfortable enough in his sexuality to infamously kiss James Corden during the latter’s “Carpool Karaoke” show segment.

His turn as a gay policeman in the upcoming My Policeman and his longtime support for the LGBTQ+ community at events like Coachella have also fanned the gay rumor flames. Despite this, Styles has repeatedly refused to confirm or deny that he’s gay, calling labels on sexuality “outdated”.

Harry Doesn’t Care To Have His Sexuality Labeled

One of the reasons why people think Styles might be gay or bisexual is his penchant for breaking gender fashion stereotypes. He’s been photographed for magazines and on award show carpets in skirts, dresses, and feather boas. He famously appeared on the cover of Vogue in 2020 in a dress, earning both praise and criticism for alleged queerbaiting.

When asked, he only quipped, “I’ve been really open with it with my friends, but that’s my personal experience; it’s mine…the whole point of where we should be heading, which is toward accepting everybody and being more open, is that it doesn’t matter, and it’s about not having to label everything, not having to clarify what boxes you’re checking.”

In the past, fans spotted Styles with plenty of well-known actresses, models, and musicians. His first short-lived romance with TV host Caroline Flack in 2011 sparked a ton of controversy because of their 14-year age gap. He then briefly dated Inbetweeners actress Emily Atack in 2012 before falling into a whirlwind romance with singer Taylor Swift.

Swift and Styles dated from October 2012 to January 2013 and the short but intense relationship were said to have inspired Swift’s hits “Style” and “Out of the Woods”. Styles, however, has no hard feelings about possibly being the subject of her songs. He even praised her, saying, “I mean, I don’t know if they’re about me or not…but the issue is, she’s so good, they’re bloody everywhere!”

From 2015 to 2016, Styles had brief dalliances with the models Nadine Leopold and Georgia Fowler. He also briefly dated Keeping Up With The Kardashians star Kendall Jenner, stylist Pandora Lennard, and food blogger Tess Ward. His longest relationship lasted just over a year, when he dated French model Camille Rowe from 2017 to 2018.

In 2019, rumors swirled that Styles dated model Kiko Mizuhara. Currently, Styles is dating his Don’t Worry Darling co-star Olivia Wilde. The romance started just two months after she called off her engagement with actor Jason Sudeikis. Despite this timeline, it’s been repeatedly said that he didn’t come between them, and they kept things quiet to be respectful.

A post shared by harry styles and olivia wilde (@holiviaupdates)

So, is Harry Styles bisexual, gay, or straight? Styles breaks gender stereotypes and refuses to put a label on his sexuality. Still, many people think the actor and singer is a card-carrying member of the LGBTQ community. Until he says so himself, we don’t want to confirm Harry Styles’ sexuality. Instead, we’ll wait to hear it from him, if he even decides to put a label on it at all.

Related | Harry Styles To Bare It All In Upcoming Gay Movie

Is Harry Styles Gay? The Singer Sets the Record Straight