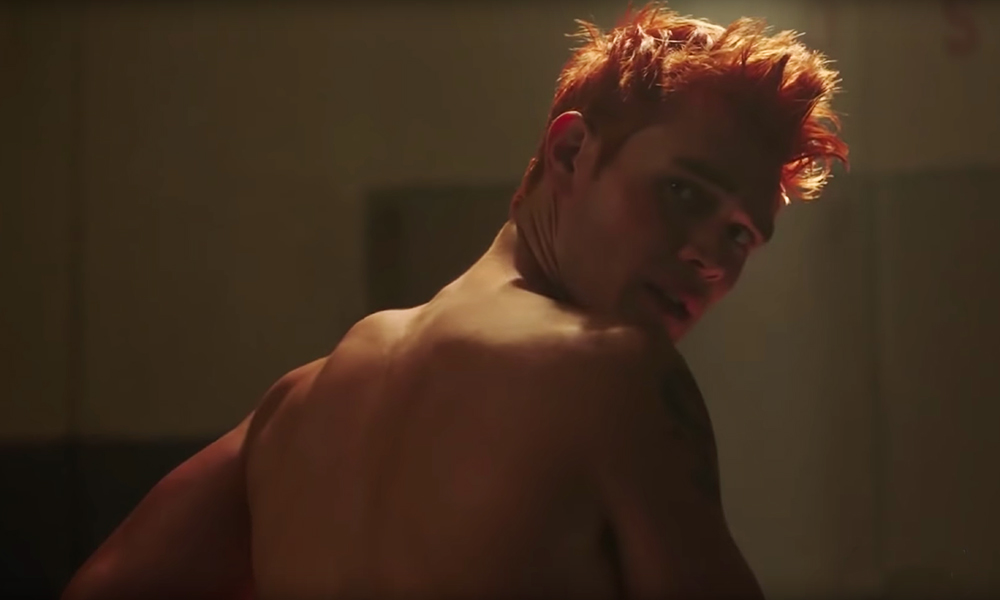 Archie and Joaquin lock lips on Riverdale next week.

The moment we’ve all been waiting for is finally here; Archie (KJ Apa) and Joaquin DeSantos (Rob Raco) smooch. In episode five of season three, which is titled “The Great Escape”, Archie has been isolated in juvie, but Veronica (Camila Mendes) comes up with a daring plan to break him out of the clink.

Meanwhile, Betty (Lili Reinhart) learns that Jughead (Cole Sprouse) has taken their investigation into Griffins & Gargoyles too far, and she finds herself in a race against the clock to save him.

Earlier this year, Apa opened up about the possibility of a gay storyline for his character. During a panel at the Oz Comic-Con in Melbourne, the 21-year-old actor was asked about Archie’s relationship with openly gay character Kevin Keller (Casey Cott).

When asked whether he would ever consider being part of a queer storyline, Apa responded: “Love it, let’s go!”

Watch the steamy teaser trailer below!