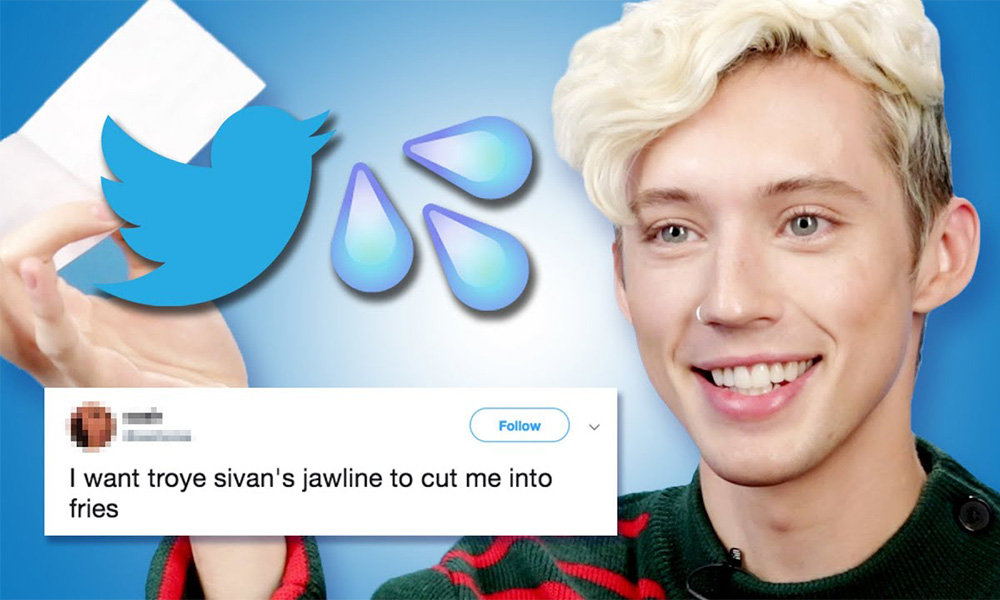 “My my my, Troye Sivan needs to sit on my face, like right now tbh.”

In Buzzfeed’s latest episode of “Thirst Tweets” the Troye Sivan reads some fresh and frisky fan fantasies. It gets a little raunchy, and he refuses to read some of the dirtier Tweets, but he responds to a fan who referred to him as a bottom.

Our favorite reply came when a fan said, “I wish Troye Sivan could murder my a**, but he’s already a bottom.” The “Bloom” singer rebutted, “Not true, but whatever.”

Watch the hilarious episode below!