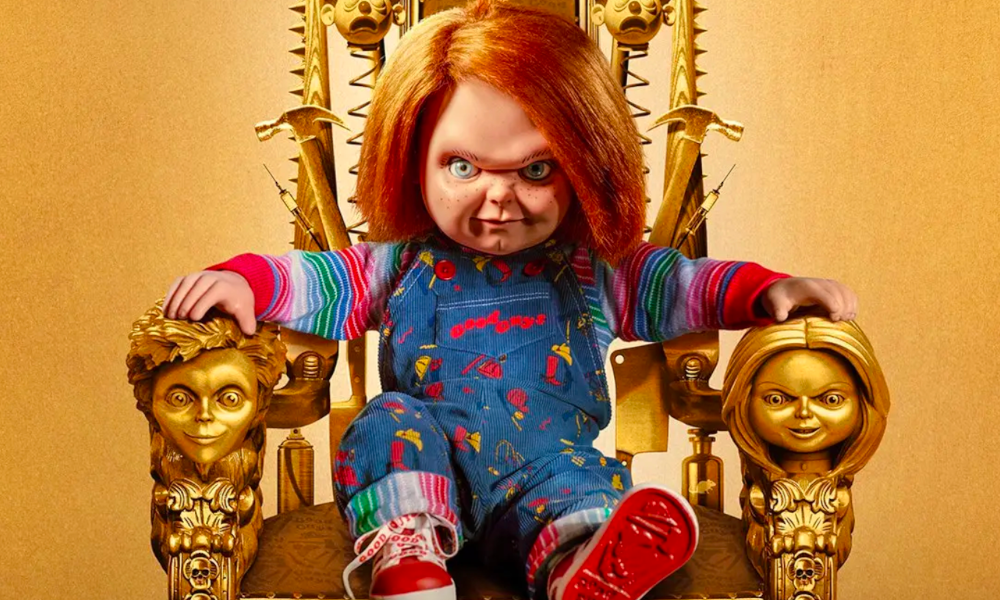 Season two of Chucky is back with more fear and more queer — and just in time for Halloween!

The Syfy series follows the demonic doll on another killing adventure as he seeks revenge on surviving teens Jake (Zackary Arthur), Devon (Björgvin Arnarson), and Lexy (Alyvia Alyn Lind). Last season, the trio stopped the evil toy from invading all of America’s children’s hospitals. Now, Chucky is determined to end everyone who has wronged him.

In addition to being hunted by a killer doll, Jake and Devon are enrolled in a Catholic school and must fight to keep their relationship above water.

The newly dropped trailer also nods to multiple beloved Chucky plotlines like Glen/Glenda, the children of Chucky and Tiffany, and an army of Chucky dolls. Jennifer Tilly (Tiffany) and nonbinary pansexual actor Lachlan Watson (Glen/Glenda) will join the existing cast for the new thrilling season.

The History of Child’s Play

The Chucky franchise follows a doll possessed by a serial killer named Charles Lee Ray right before he died. Season one saw gay high schooler Jake Wheeler pick up the doll at a garage sale in New Jersey. Jake’s life becomes chaotic as the doll goes on another murder spree.

The first film in the franchise, Child’s Play, was released in 1988. Since then, several sequel films have been created, including Bride of Chucky and Seed of Chucky.

Watch the trailer for Chucky season two below.

The series is created by out producer and Child’s Play mastermind Don Mancini. Season two will premiere on October 5 on Syfy.