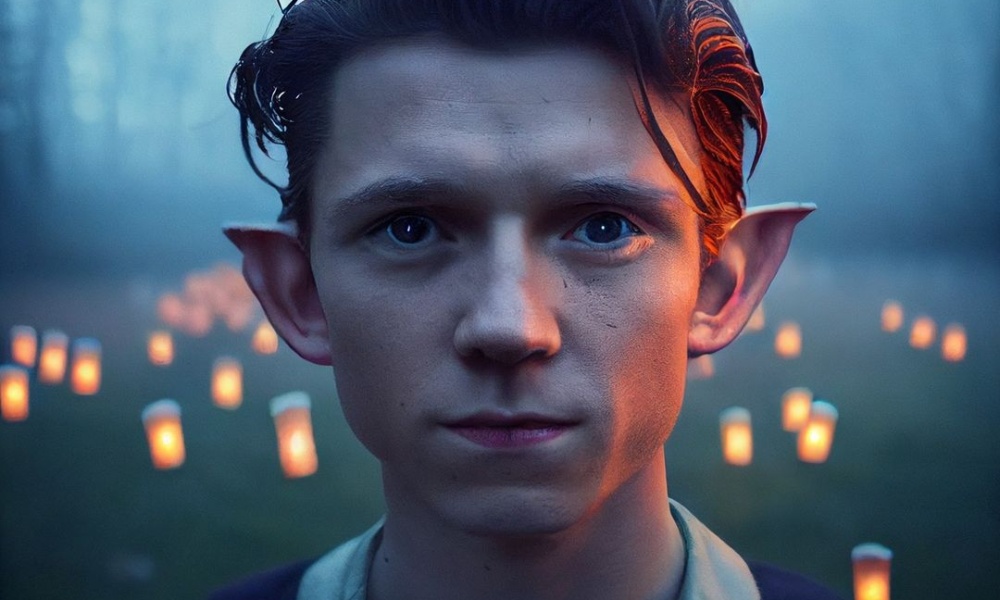 8 Images of Tom Holland as Link From Legend of Zelda

The robots are getting too powerful. It’s starting to feel like we are inching closer and closer to the Terminator timeline every day. If you don’t believe me, keep reading to see these images of Tom Holland as Link from Legend of Zelda. A.I.-generated art is all the rage right now, with tools like DALL-E 2, Midjourney, and NightCafe making the rounds online. Tools like these create unique images prompted by text input using machine learning models. 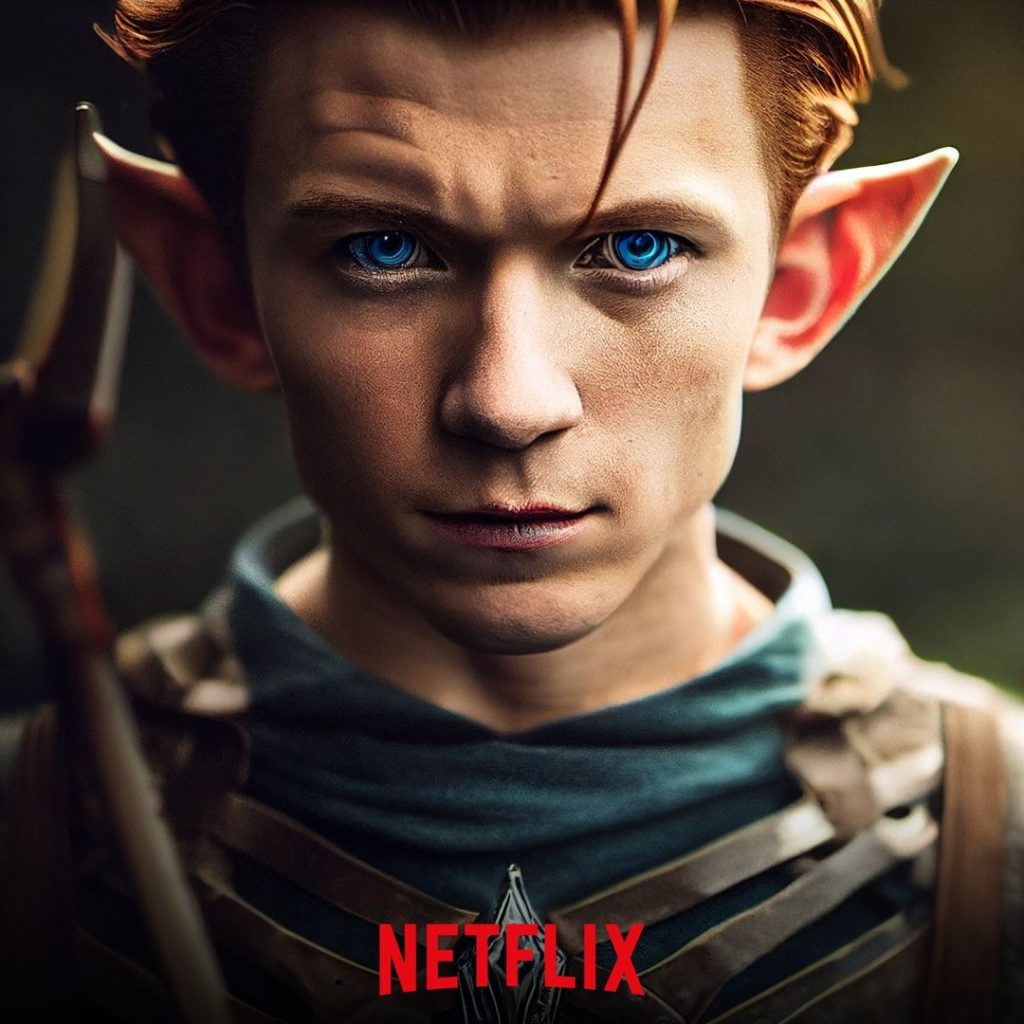 A.I.-generated art has even gone on to win art competitions, much to the dismay of many human artists. These tools are guaranteed to shake up the industry, forever changing how we create, consume, and interpret art and visual media in general.

Be that as it may, it can’t be denied that this technology is mind-blowing and really cool. Its potential applications are limitless and we’re already getting glimpses into what could be. Take for example these A.I. generated concept photos of a Legend of Zelda live-action film by Netflix starring Tom Holland. These incredible concept images were generated on Midjourney at the behest of Dan Leveille. Though there was some talk of Netflix pinning Tom Holland to play Link a few years back, there has been no confirmation that it’s in the works. If Netflix and Tom Holland aren’t already working on this, they should be because these images are incredible. 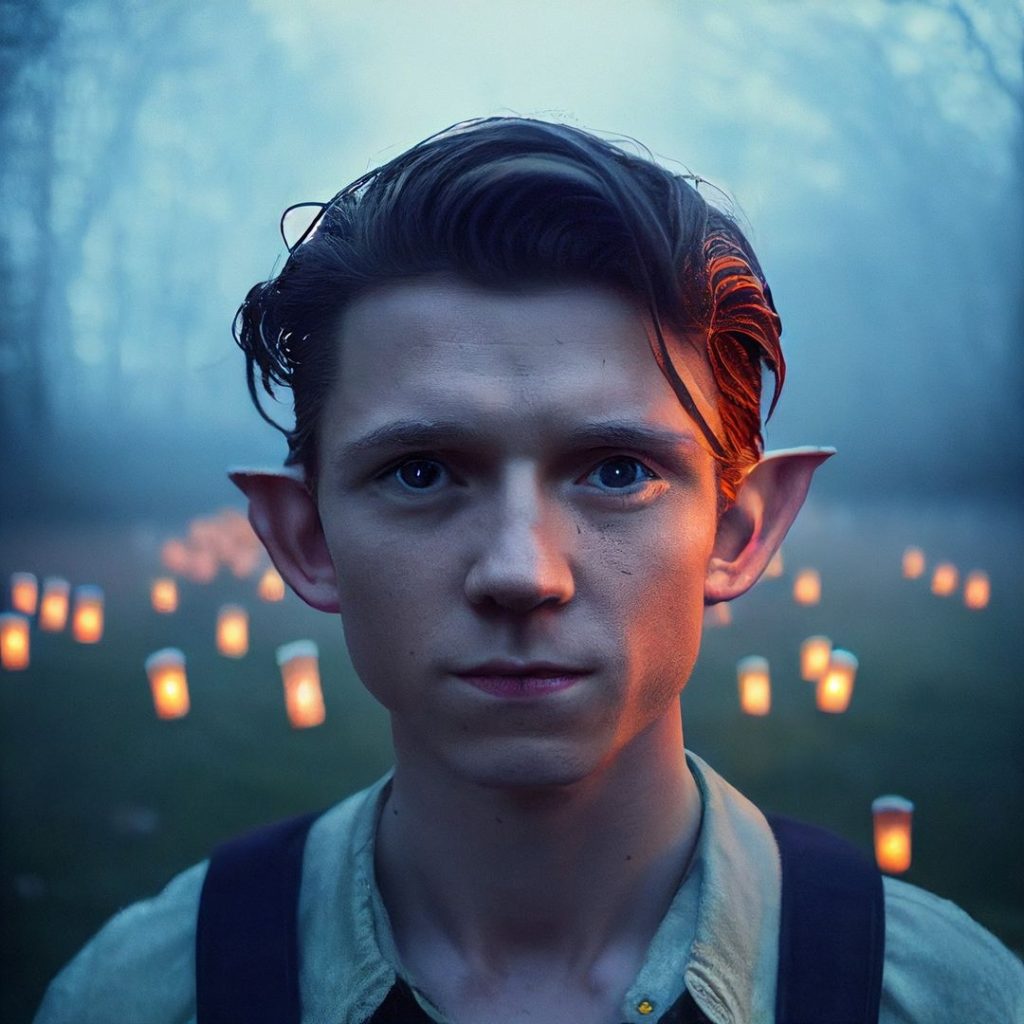 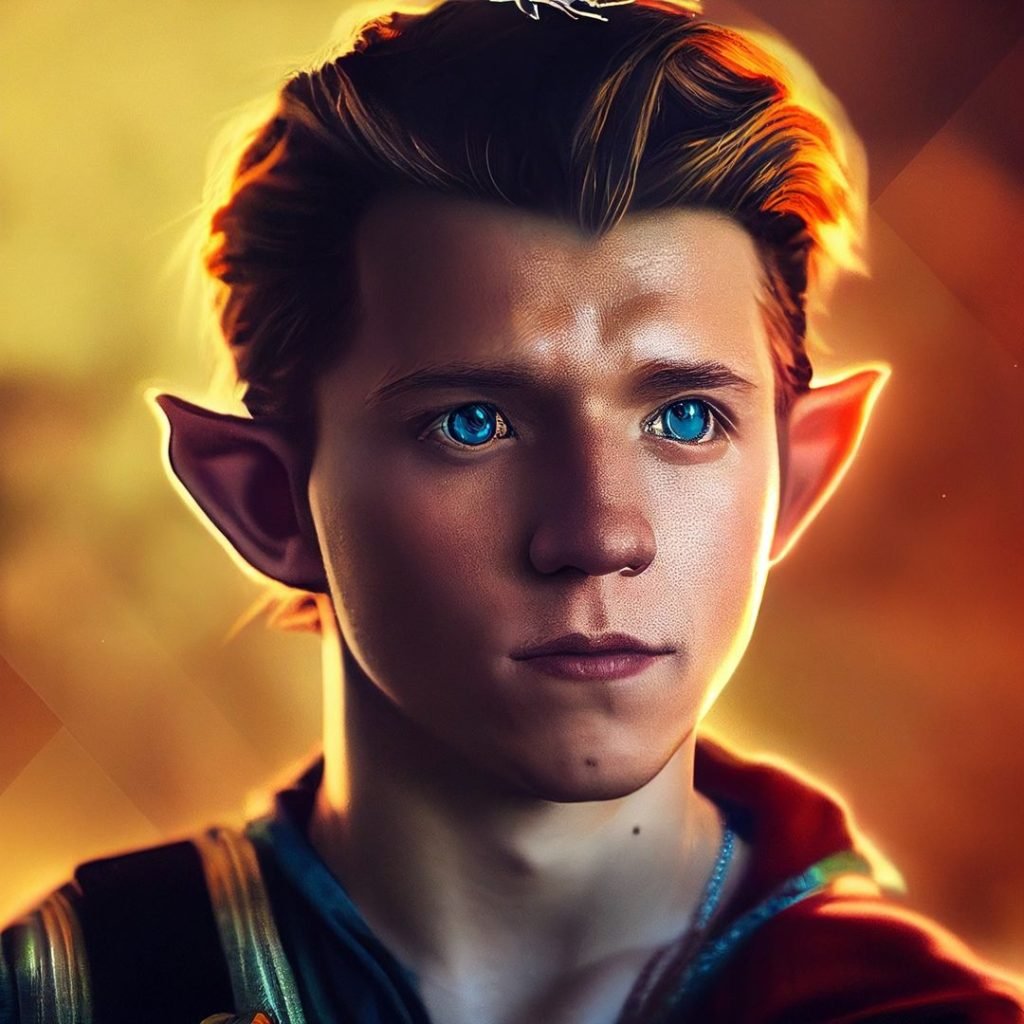 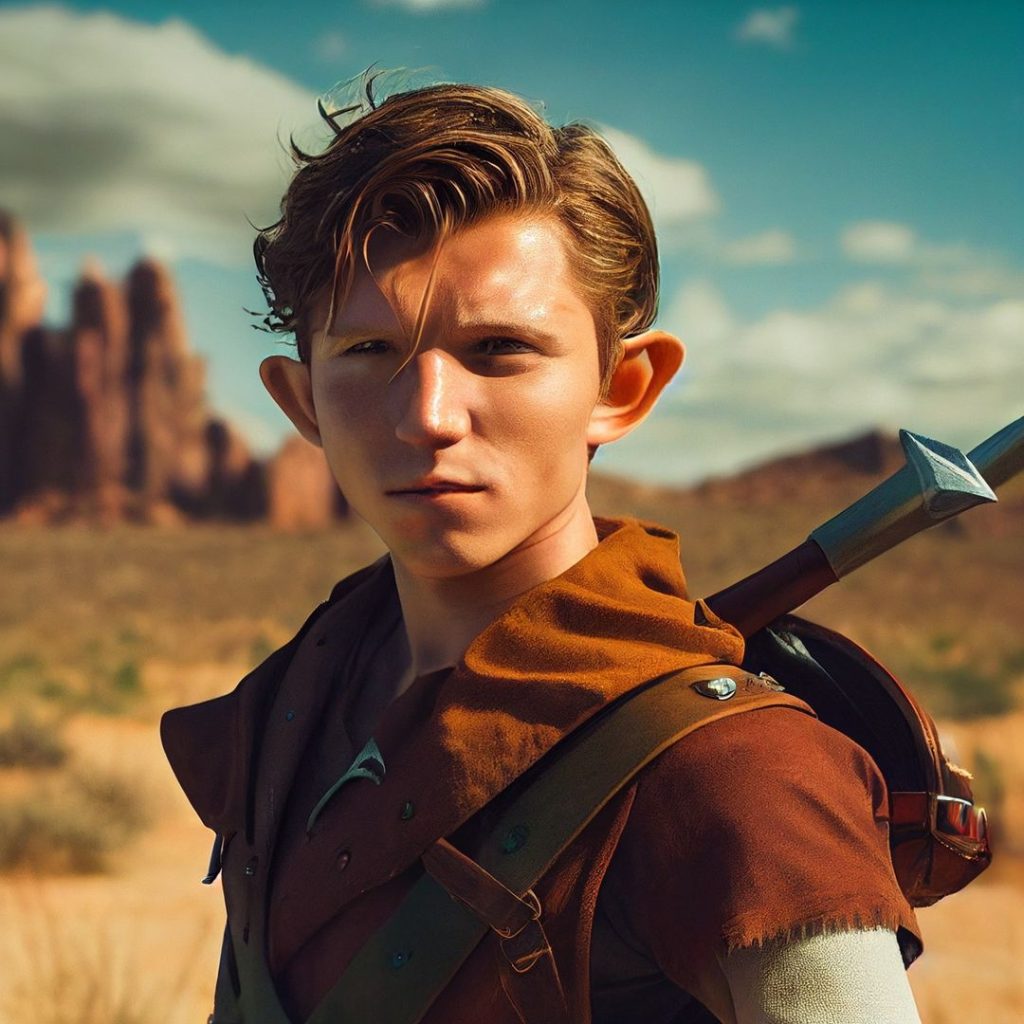 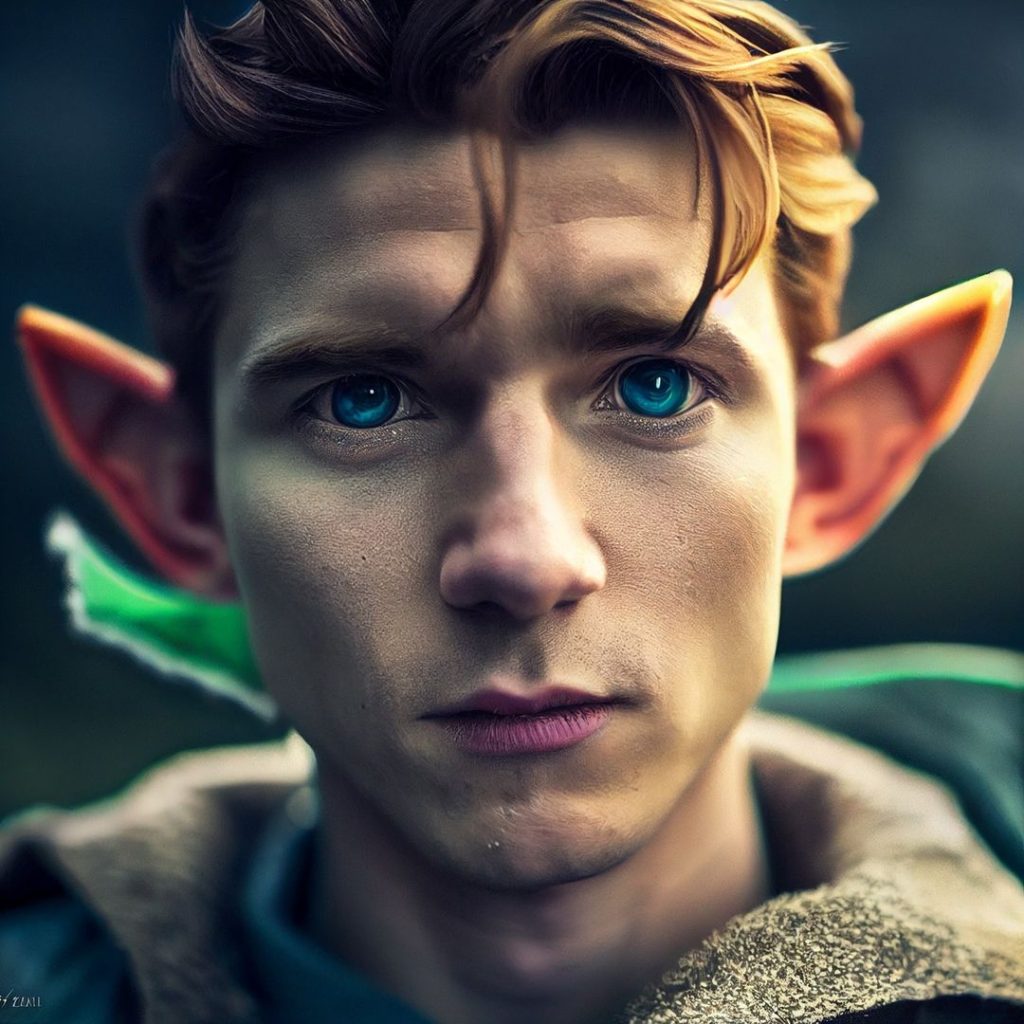 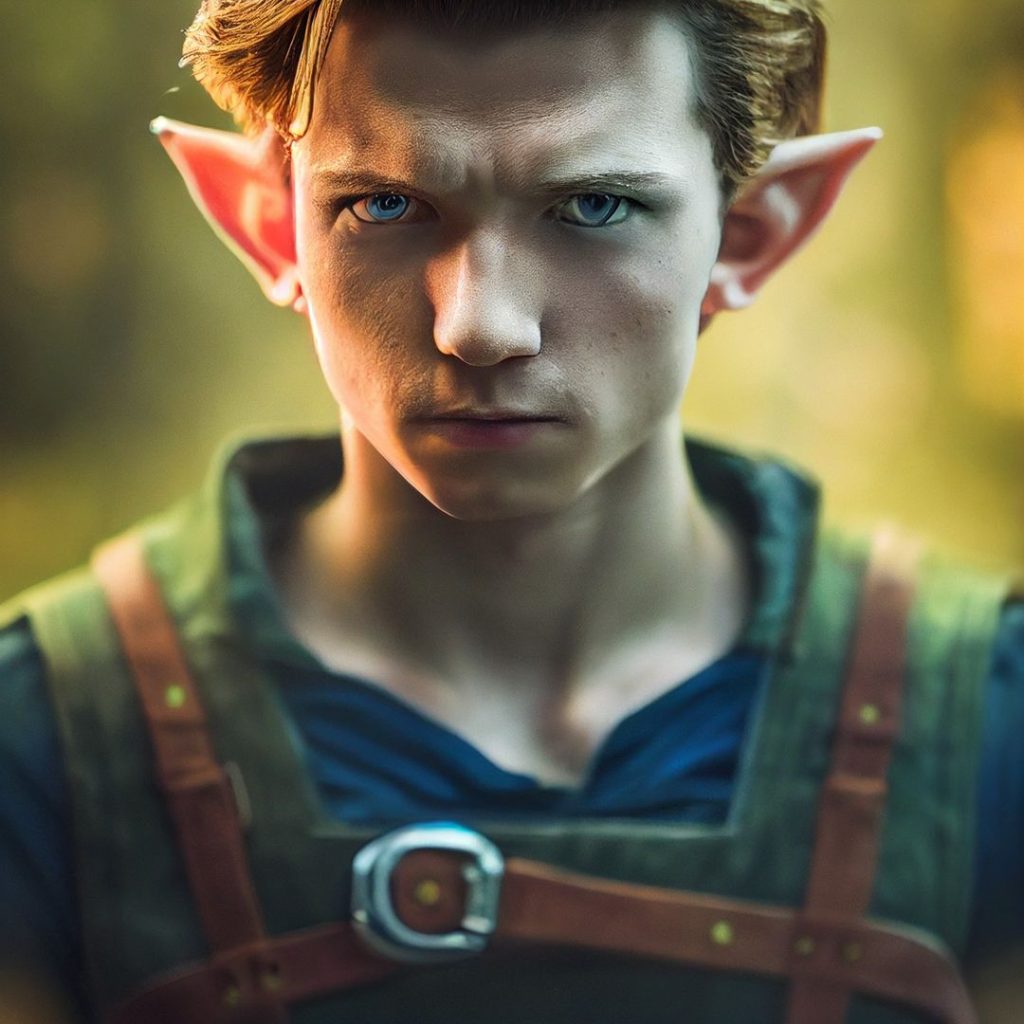 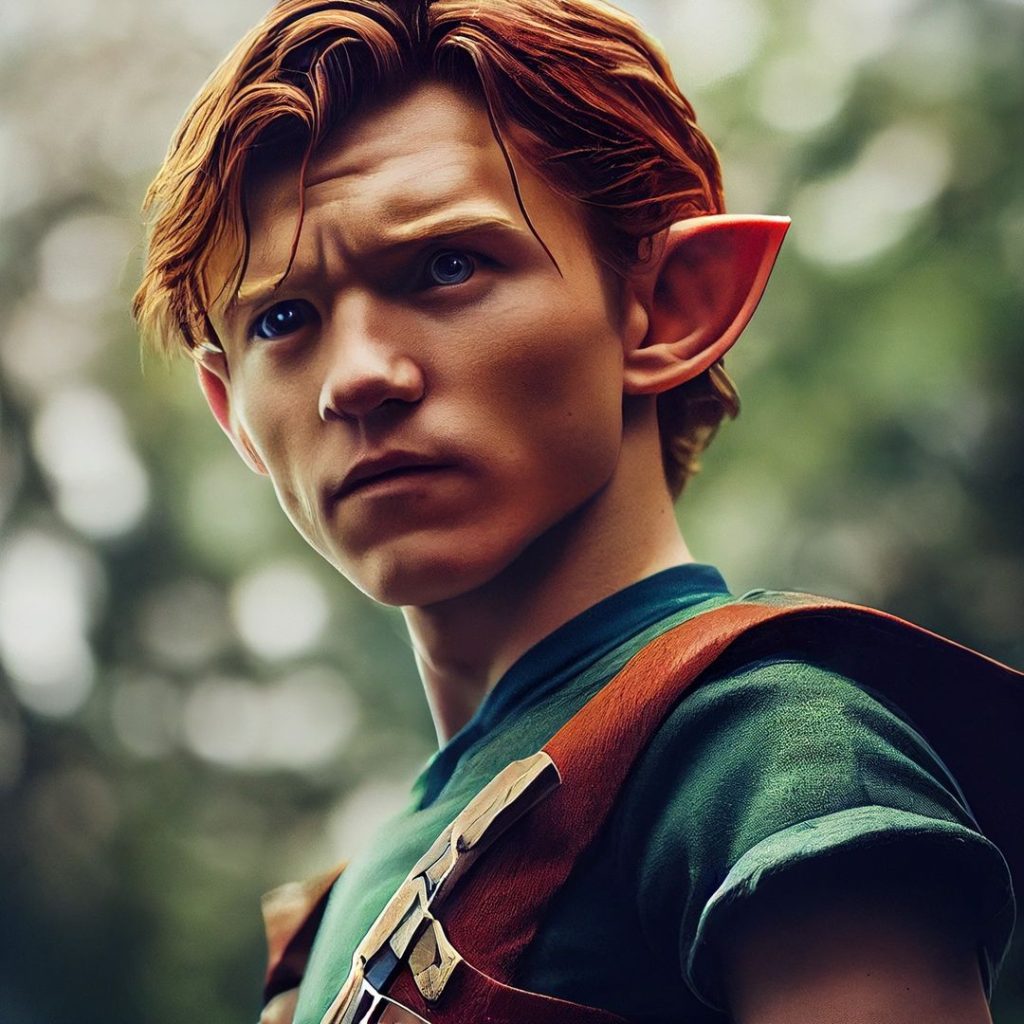 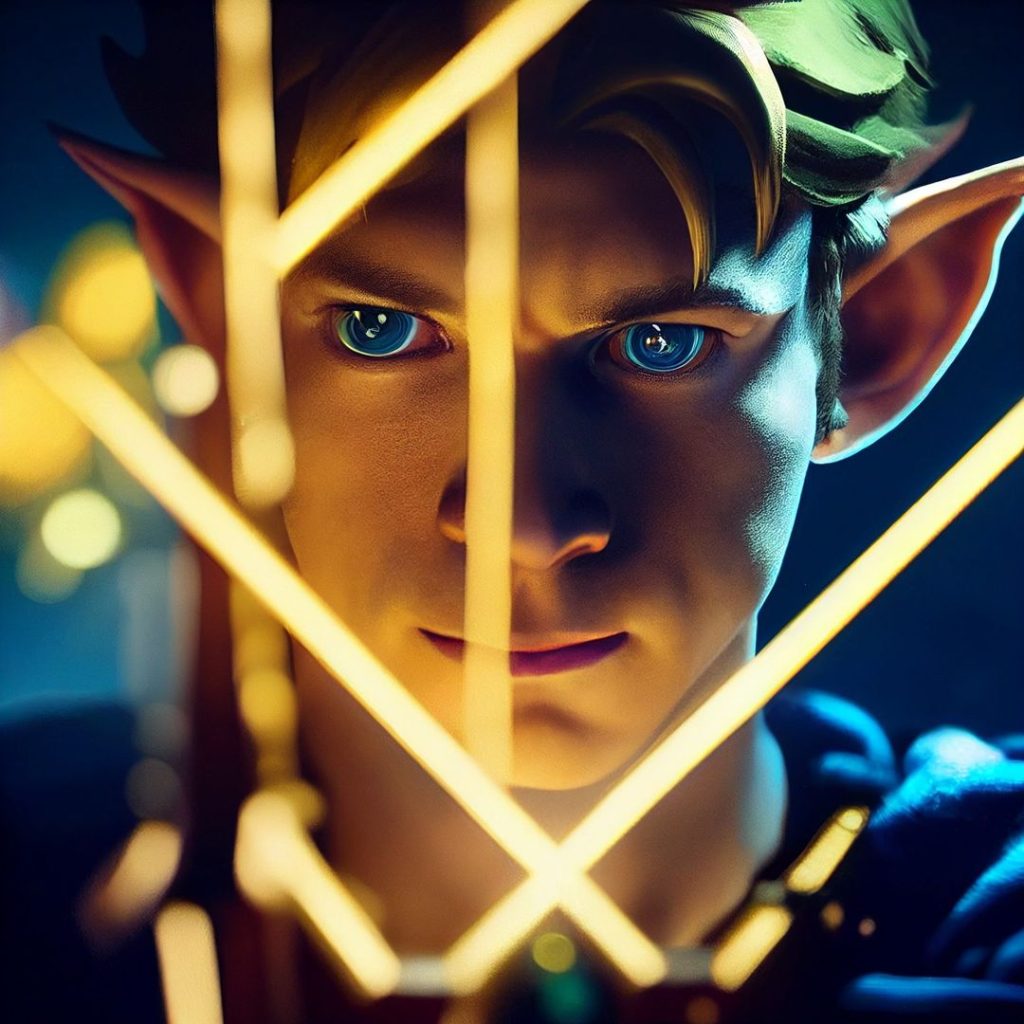 Leveille is the Director of Product Marketing at Deviant Art as well as the developer of Equaldex, a tool that tracks the progress of LGBTQ+ rights across the world. Given Leveille’s background, it’s hardly surprising that he has developed something of a fascination for A.I.-generated art. Some of his other prompts include a muscular Mario and a real-life Dora The Explorer.

Oh, but it gets gayer. We have yet to share Leveille’s pièce de résistance. The 34-year-old followed up on the popularity of the post with a few other Rupees. First and foremost, the crowning jewel of these images, Tom Holland as Link in his Gerudo Town garb, complete with exposed midriff and bright purple and turquoise fabric. It truly is a sight to behold. 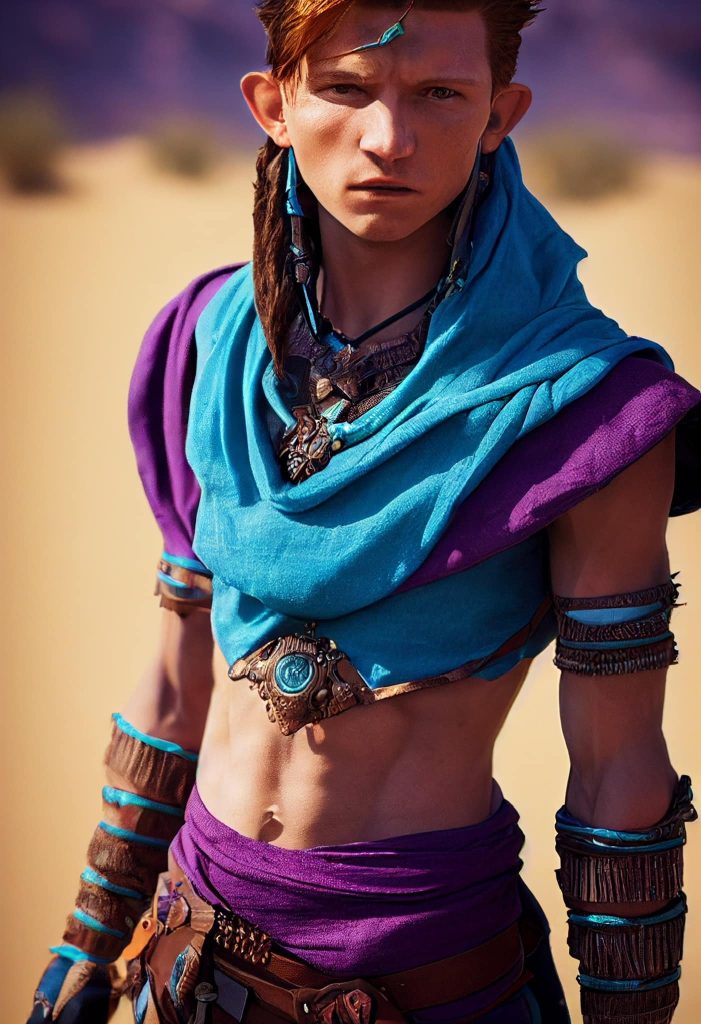 Don’t go yet! Leveille’s Instagram is the gift that keeps on giving. Inspired by the response to this series of photos, Leveille turned to an AI-script writing program. The creator of Equaldex wrote a script in which Link reveals that he’s gay to Ganondorf. The results, generated using OpenAI’s GPT-3, need to be heard to be believed. Tom Holland’s Link is gay, confirmed.

8 Images of Tom Holland as Link From Legend of Zelda