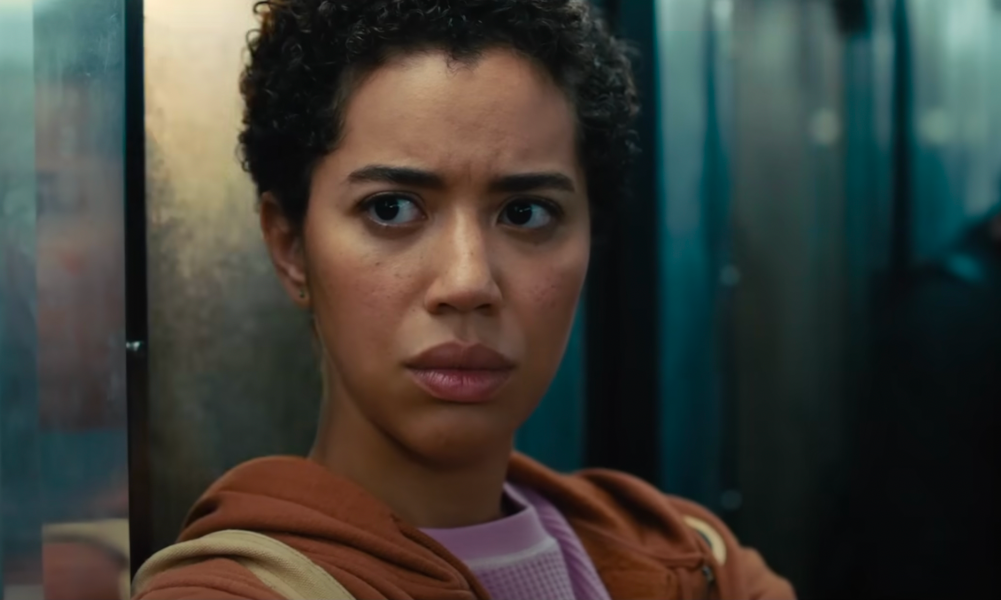 Jasmin Savoy Brown is back as Mindy with another face-to-face battle with a psycho killer. You know, just another day in NYC.

Believe it or not, the last Scream installment premiered earlier THIS year in January. But Ghostface could not stay away and is back already for more frightening fun.

The next film, seemingly titled Scream IV, follows the four survivors as they attempt to get out of Woodsboro and all the horrible events that took place there. But where does one go to escape a legendary psycho killer? New York City, of course!

The new teaser shows sisters Tara (Jenna Ortega) and Sam Carpenter (Melissa Barrera) alongside the Meeks-Martin twins Chad (Mason Gooding) and Mindy (Jasmin Savoy Brown), riding in a subway next to some interesting characters. Oh wait, the passengers are all in costumes! But when a familiar face pops up amongst the crowd, we can’t help but wonder if this group is going to make it to its destination.

We met Mindy, a queer horror-lover, in Scream 5. Like her great uncle Randy Meeks, Mindy is obsessed with the etiquette of slasher films and often educated her friends as they attempted to survive a Woodsboro killing spree.

However, like the identity of the new killer, major plot points from the film have yet to be unmasked. One thing is for sure, it’s going to be a scream.

As we have learned, no Scream movie is complete without a few legacy characters. Joining the four teens is, of course, the nosy Gale Weathers played by Courtney Cox. And in a surprising twist, Hayden Panettiere will return as Kirby Reed. Fans long debated whether or not Kirby survived her Ghostface attack in Scream 4, but the verdict is in.

Final girl icon Sydney Prescott (Neve Campbell) will not return due to a salary dispute.

Scream IV is written by James Vanderbilt and Guy Busick. You can see Ghostface’s chilling return in theaters on March 10, 2023.

Watch Jasmin Savoy Brown, Jenna Ortega and the rest of the gang on a killer subway ride in the teaser below.