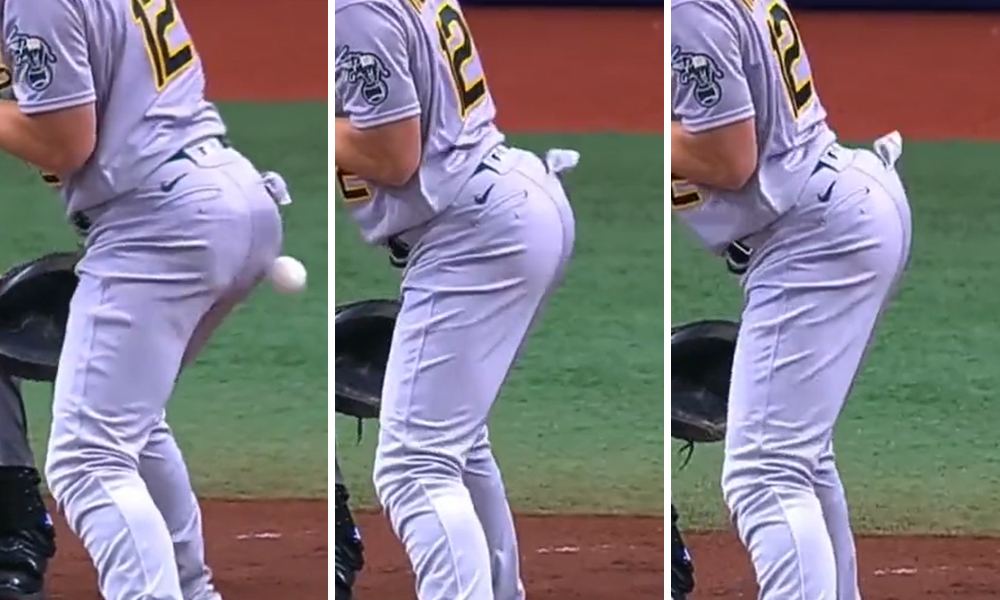 This Pro Catcher’s Butt Takes Pitches Like a Champ

That booty is doing the work!

It was Monday night and a game like any other, I presume. Sean Murphy was up to bat, as The Oakland A‘s were playing The Tampa Bay Rays. Little did they know that they were about to capture the attention of every gay Twitter. The pitcher for The Rays‘ throw was quite a bit off-target — or on target depending on how you look at it. Murphy’s booty was just too thick, and the ball went straight toward its gravitational pull. Luckily the play was caught on camera and in slow motion. This resulting video, which unsurprisingly has 16.5 million views, will make you want to slide into Sean Murphy’s home base.

Indeed, it was the booty pop that was heard all over the world. All of a sudden, gay Twitter because very interested in baseball. Analyzing the various angles and nuances of this iconic throw. As you can imagine, the memes are also exquisite. Of course, we must review every single meme in painstaking detail. For posterior…I mean posterity.

here is my contribution to the meme pic.twitter.com/1Gidiuemu1

When he hits a home run pic.twitter.com/WzTS2rwnOj

This truly was a religious experience. Despite not knowing who won or lost, baseball just found a new audience. In the end, I think we’ve all learned something about the beloved all-American sport that is baseball.

is there a baseball thing happening today? all I know about that sport is that many players have incredible dump truck asses

This Pro Catcher’s Butt Takes Pitches Like a Champ