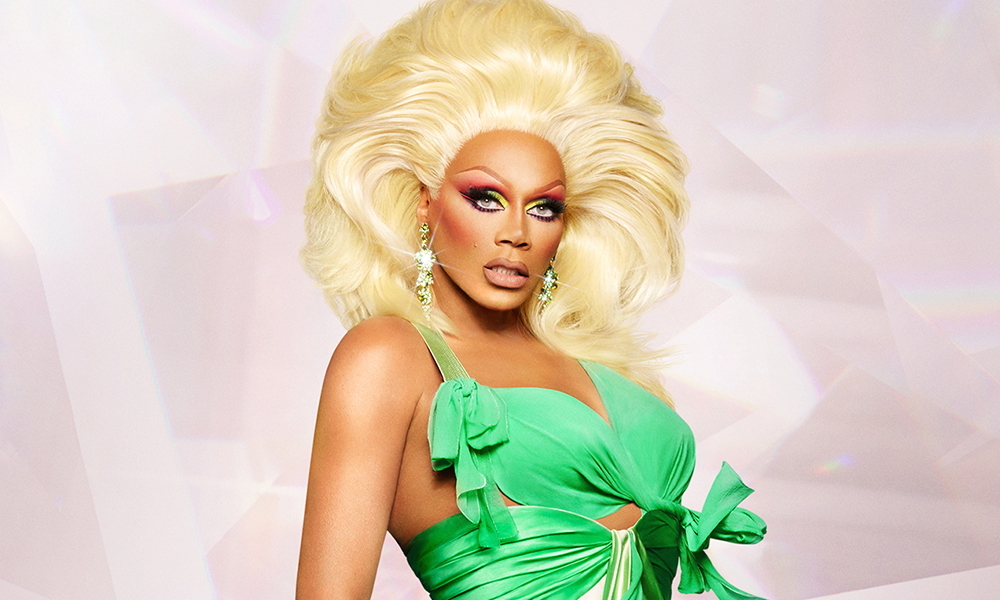 Meet the All-Winning Queens of All Stars 7

The RUmors are true!

All Stars 7 has arrived and we’re gagged already. Drag Race is a queer institution — it’s an institution period — and this season will not disappoint. The show took to YouTube live to announce this season’s queens with tens of thousands eagerly looking on. Every single queen this season is a winner, literally. All of them are coming to this season with a Drag Race win in their back pocket. The competition will be fierce, darling.

Who Are The Queens?

Shea Couleé: Winner of All Stars 5

First in the door is the incredible Shea Couleé, looking stunning in orange. “I didn’t know I needed an introduction,” she said before serving for the camera. “You know they couldn’t do an all-winners season without the full Shea Couleé fantasy,” said Couleé and she is not wrong. 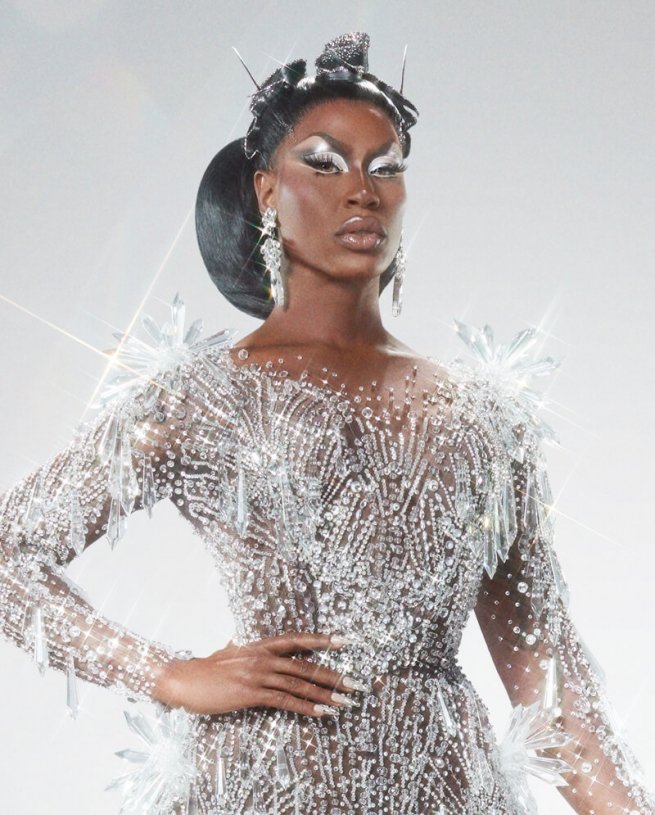 Jaida Essence Hall stomped in the door, covered in rhinestones and looking fierce in red. “Hey b**ches, she’s…back?” said Hall, as effortlessly hilarious as always. We’re excited to see what “America’s favorite bottom” has in store for us this season. Will the essence of beauty snatch the crown this season? 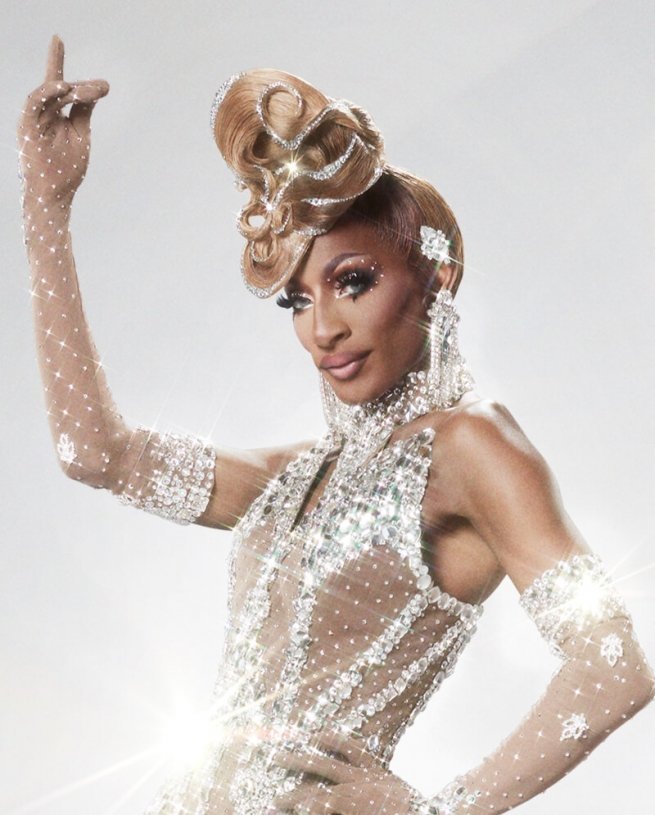 Hearing her before we could see her, Oddly came crackling through the door in true Oddly fashion. “Don’t mind me, I just evened the odds,” said the cackling crown creative of colorful chaos. Yvie is back and ready to show “absolutely everything” so these queens better be ready. 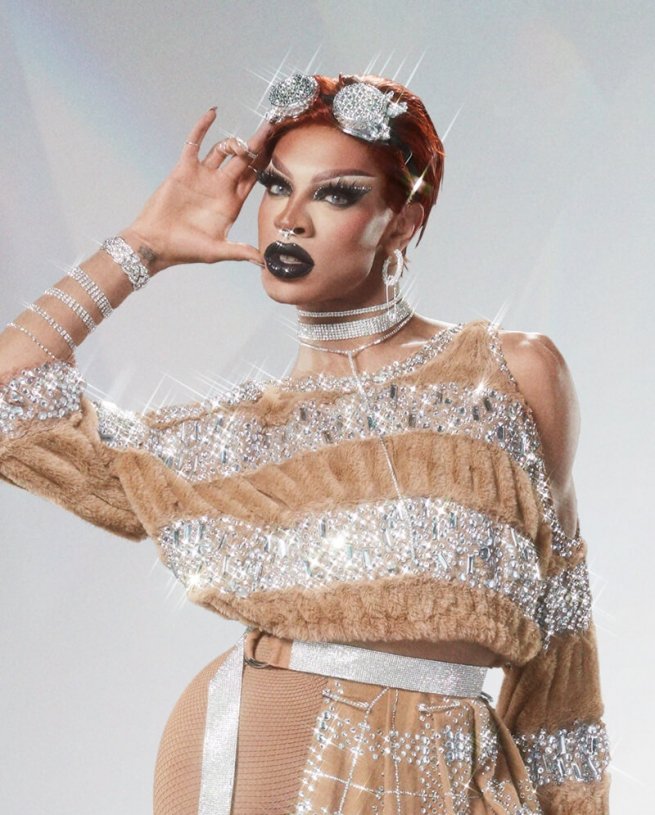 Trinity The Tuck: Joint Winner of All Stars 4

“Body, body, and more body. The Holy Trinity has arrived,” she announced as she graced us with her presence. Trinity walked in the door, adorned with feathers and glitter. Trinity is the first trans and nonbinary queen to join All Stars 7, but she won’t be the last. 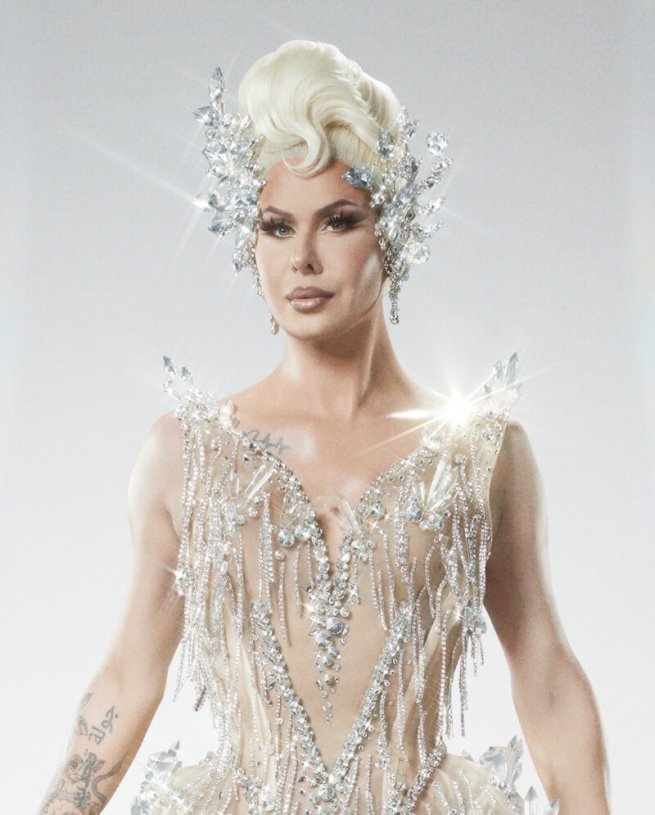 Just when you thought you saw the last of All Stars 4, Monét X Change came walking through the door. Dressed neck to toe in plaid, this joint All Stars winner showed up looking expensive. “You know what they say, Monét changes everything,” she said as dollar bills surrounded her. A sign of things to come? 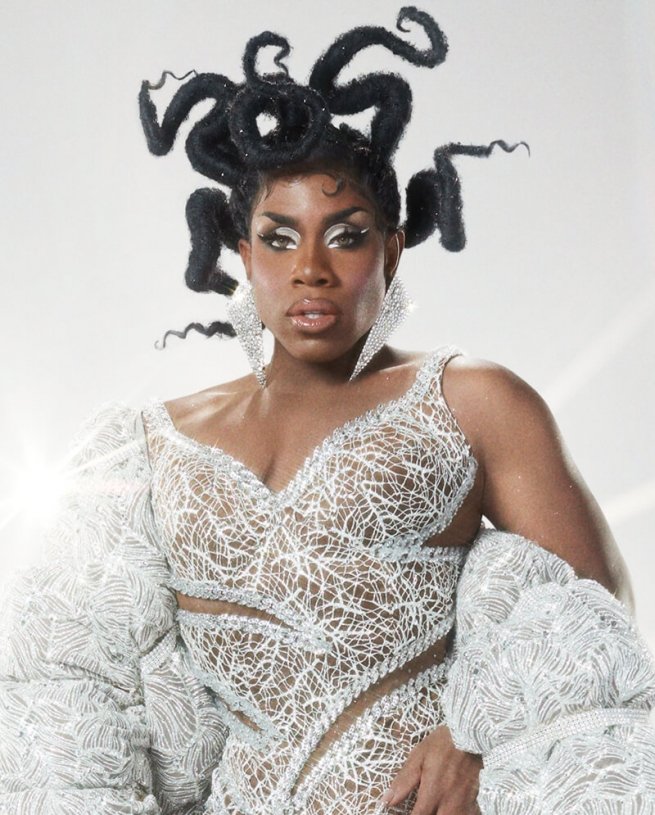 The tension in the chat at this point is palpable as if the audience was waiting for this exact moment. Sure enough, as the red-headed bombshell sashayed in the door the chat lit up. Looking like a golden-era Hollywood star, Jinkx has come back to do it all again “in spite of [her] many neuroses.” With Jinkx we now have two trans and nonbinary queens this season.

Related | Trinity The Tuck Just Came Out As Trans and Nonbinary 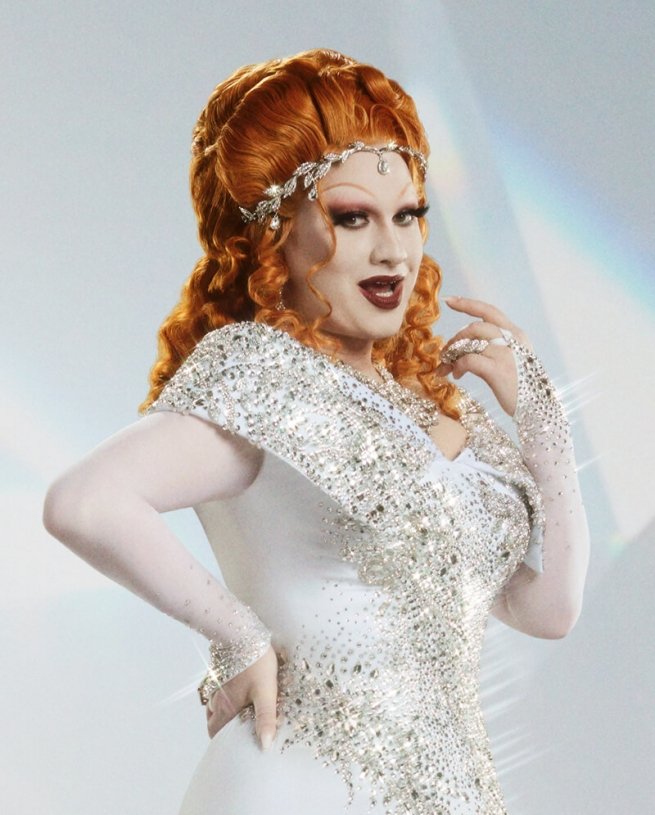 I spy an icon. Raja, this season’s seasoned queen came through in a black and gold look that makes us feel like we’re being watched… and we like it. “Aunty Raja is here, and she’s about to teach y’all a f**king lesson,” Raja declared. Her truckload of experience, breathtaking look and her gig as RuPaul’s official makeup artist means this queen is not to be played with. 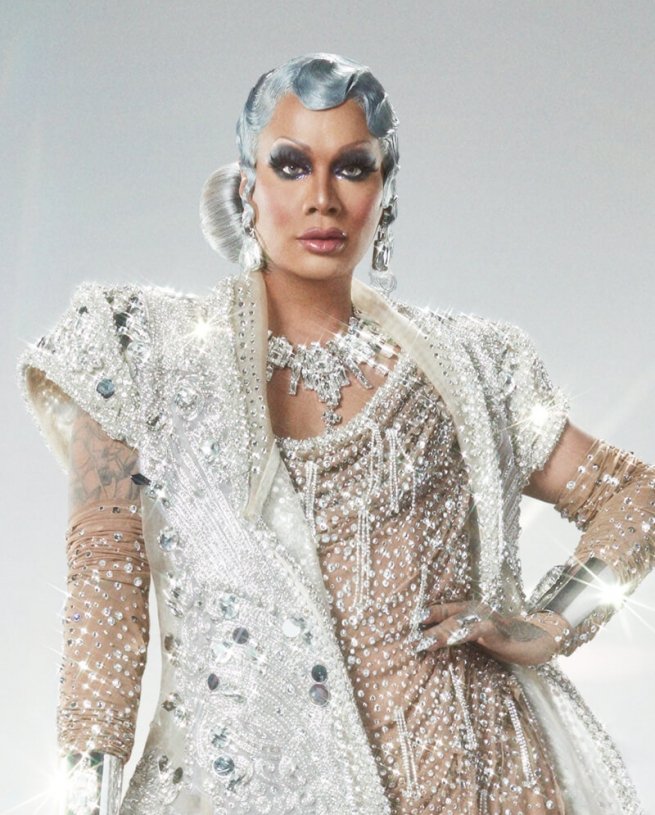 God save the queens because Viv is here to show them how real British royalty does it. The Vivienne is the first-ever winner of Drag Race UK, and now the first-ever UK queen to take on All Stars. Viv walked in looking devilish in blonde horns, looking like she could buy the crown if she wanted to. 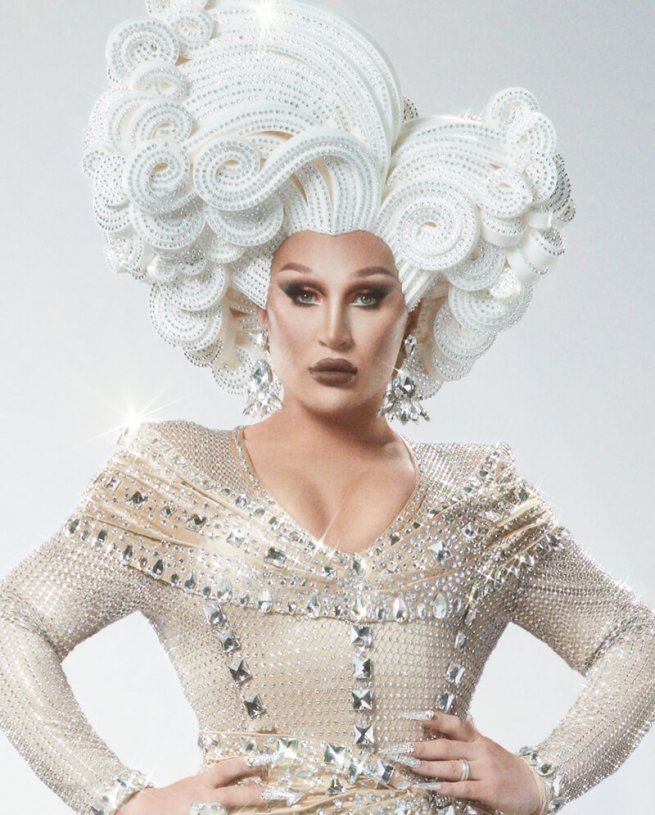 Yes, all of them are winners, but only one can be crowned the reigning queen of All Stars 7. This season is stacked with queens who have charisma, uniqueness, nerve, and talent. They’ll need to bring more this season if they want to stand out from the crowd. “I could not be more grateful to be part of a cast with such iconic, legendary, talented, well-decorated, accomplished individuals,” said Couleé. “This is the cream of the crop”. 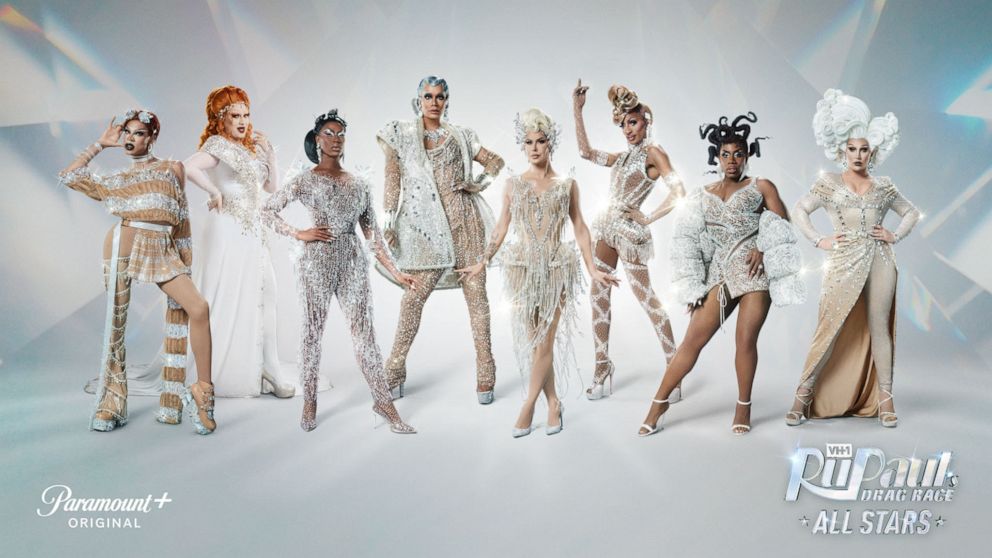 Gird your loins, because we’re in for All Stars’ crowning achievement. Check out the live announcement to get you in the All Stars spirit.

Meet the All-Winning Queens of All Stars 7