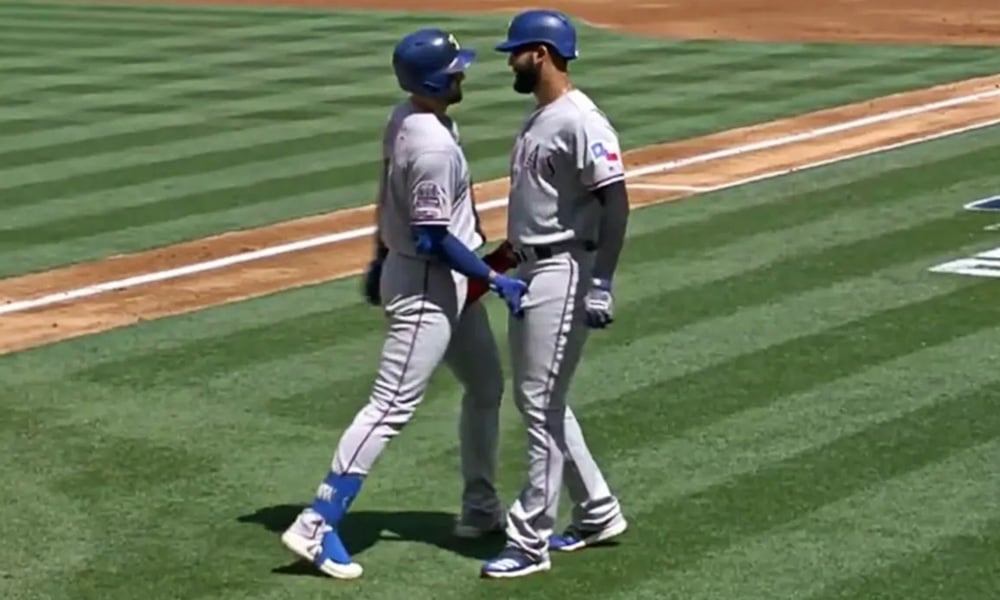 When baseball players Joey Gallo and Nomar Mazara celebrate home runs, they don’t mess around. Or do they?

To celebrate Gallo’s two-run blast, the teammates met at home plate and did a little handshake topped with a shared crotch shake.

It’s safe to assume that after traveling the country together for four seasons, Gallo and Mazara are friends. However, after witnessing their secret handshake, which probably took practice to master, it seems they’re really good friends. The kind of friends who have your back, and possibly wash your back in the shower after a long, hard, sweaty game of baseball.

Hopefully, the legendary crotch shake becomes a thing, and players around the country join in swinging their buddy’s “baseball bats.”

Watch the video below and RT if you like what you see!

Did @JoeyGallo24 and @NomarMzra26 celebrate a home run with a crotch grab? Yes. Yes, they did.