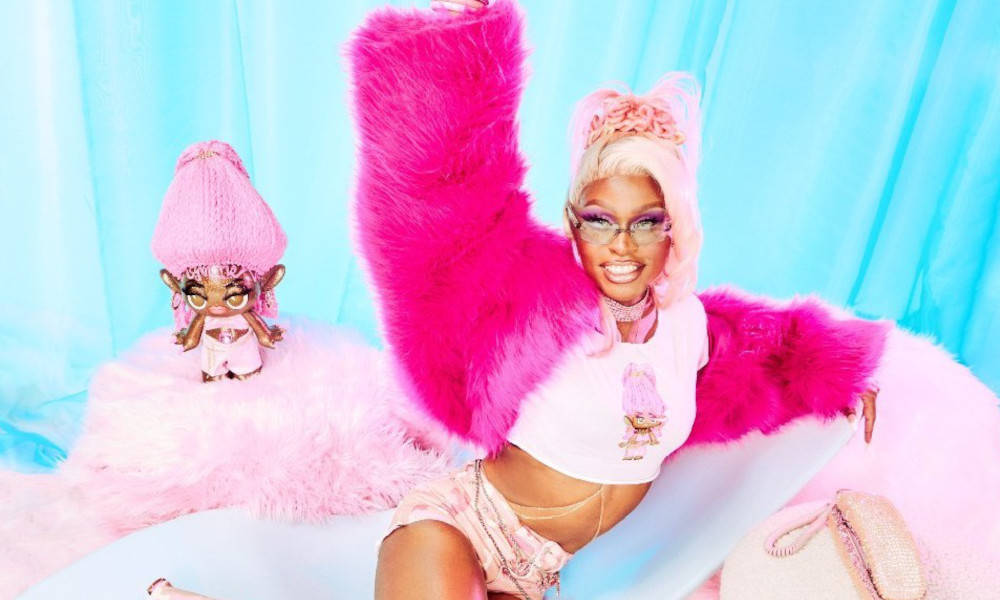 You probably didn’t have “Symone becoming a Trolls doll” on your 2022 bingo card, but it kind of makes perfect sense, doesn’t it?

When Trollify by Good Luck Trolls approached the former Drag Race royal, they told her she had a completely blank canvas to work with.

The first creative decision she finalized was the hairstyle of the doll. “Of course we did braids, which is a really big staple in my drag.”

Symone’s transformation is part of a partnership with NBCUniversal. It includes a donation to Lucie’s Place, “an Arkansas-based nonprofit that provides LGBTQIA+ young adults experiencing homelessness with resources from toiletries and clothing to housing solutions including rental and utility assistance programs.”

The doll is complete with bright pink hair, a stunning pink outfit, and jewels inspired by the Ebony Enchantress’ unique attire. “It’s something everyone could see a piece of themselves in. It’s a very joyous doll,” Symone added.

Forever 21 is also launching a capsule collection that includes a crop tee inspired by the doll. You can shop the limited edition collection here.

“When I saw Symone, who I think is such a superstar, I thought, I want a place for Symone in Bros,” Eichner told EW. “I was thinking of the roles we had and I didn’t know if she’d be interested in playing a character that was out of drag, but I thought, why not use this as an opportunity?”

“These are just great performers in drag and out of drag, they’re great personalities. Symone, in particular, is so special and has so much star power, so we asked Symone to audition.”