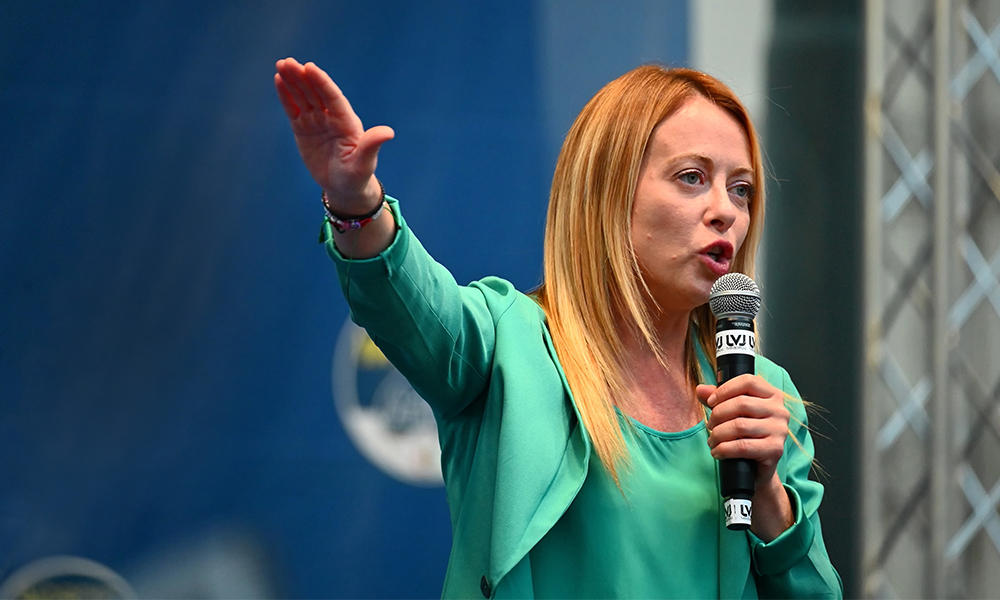 Italy’s Prospective PM Has a Bleak History With LGBTQ+ Issues

Worrying news out of Italy indicates that Giorgia Meloni is set to become the next prime minister. As the leader of the right-wing party Fratelli d’Italia, Meloni’s presumptive win is cause for concern for many Italians, notably LGBTQ+ people. Her party, Italian for Brothers of Italy, is forming a coalition government with two conservative parties, League and Forza Italia. Exit polls indicate they have won a majority of seats in Parliament which would make Meloni Italy’s first prime minister. Given her troubling history with LGBTQ+ issues and association with pro-fascist ideology, all eyes are on what happens next.

Who is Giorgia Meloni?

Giorgia Meloni is an Italian politician who got her start in government when she joined the youth wing of the Italian Social Movement. Also known as MSI, the Italian Social Movement was a far-right political party founded in 1946 by Giorgio Almirante. Notably, Almirante was chief of staff in Benito Mussolini’s last government, meaning this party has direct roots in neo-fascism. Almirante also wrote for La Difesa della Razza (The Defence of Race), a fascist biweekly magazine that published articles about biological racism and more. Meloni herself was once quoted calling Mussolini “a good politician, in that everything he did, he did for Italy.” Although she has since attempted to distance herself from her overtly fascist past, she was quoted praising Giorgio Almirante as recently as 2020. In a tweet marking the anniversary of his death, Meloni called him a “great man” and a “patriot.”

Though MSI was dissolved in 1995, Meloni’s ties to neo-fascism run deep. Her every attempt to distance herself from this is thinly veiled, going so far as to adopt the “tricolor flame” to Fratelli d’Italia‘s flag. The symbol was associated with MSI, the neo-fascist party where Meloni got her start.

A Grim History With LGBTQ+ Issues

Still, for many Meloni has managed to minimize this association, which allowed her some room for plausible deniability. Despite this, her anti-LGBTQ+ statements leave very little to the imagination. “Yes to natural families, no to the LGBT lobby,” said Meloni in June. “Yes to sexual identity, no to gender ideology, yes to the culture of life, no to the abyss of death.” Among her more specific anti-LGBTQ+ views, Meloni came out in opposition to the Zan bill, an anti-homophobia bill ultimately blocked by the Italian senate. Meloni denied that gay people in Italy are “discriminated” against in a statement made to journalists.

Currently, Italy only permits civil unions for same-sex couples—a decision that Meloni says is “good enough.” Moreover, she is also opposed to same-sex parenting. Meloni takes direct issue with both adoption and surrogacy as a means for queer couples to become parents. “I believe a child has the right to grow up with a father and a mother,” Meloni wrote on Facebook. She also once said she would “rather not” have a gay child. 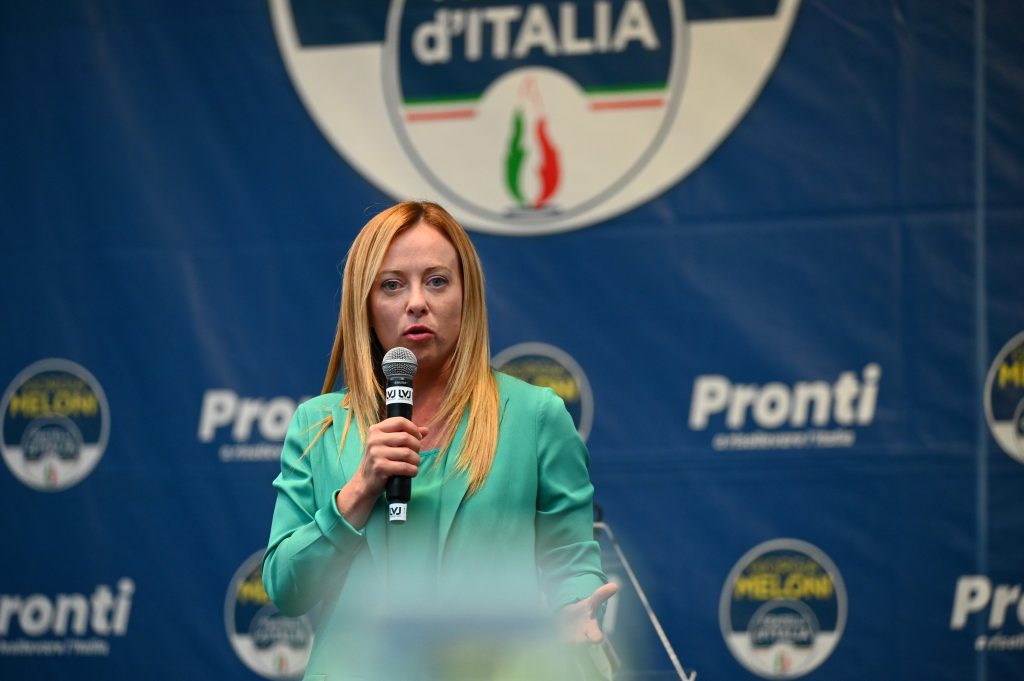 The association with anti-LGBTQ+ sentiment doesn’t end there. Other members of Meloni’s party have also publicly spoken out against LGBTQ+ right. Federico Mollicone, one of the founders of Fratelli d’Italia, recently said that “in Italy homosexual couples are not legal, are not allowed.” This, of course, isn’t true but speaks to the flagrant homophobia at the core of the party. It’s worth mentioning that civil unions would not even be legal in Italy if Fratelli d’Italia had their way. The party opposed the move, even though it would ultimately afford fewer rights to same-sex couples than marriage.

Although Meloni said she wouldn’t try to roll back LGBTQ+ rights, many Italians are justifiably suspicious. “Even if she doesn’t introduce any anti-LGBT laws, she will not speed up what we’re trying to do to improve the current situation,” said Roberto Muzzetta. As a board member of the LGBTQ+ group Arcigay, Muzzetta is concerned that she may slow progress down. “We’re already lagging behind our neighbors,” he continued. Italy is currently the only western European country without marriage equality.

Meloni’s far-right views don’t end with LGBTQ+ rights. Most notably her position on immigration, particularly from Muslim countries, shares many similarities with the far-right approach in the United States. The same goes for her views on vaccines, COVID-19, and abortion. These similarities might explain why she has received praise from Republican politicians such as Sen. Ted Cruz and Rep. Marjorie Taylor Greene. Tucker Carlson and Steve Bannon have also expressed their support for Meloni.

If Meloni’s presumptive rise to prime minister of Italy is any indication of the rise of far-right sentiment in Europe, LGBTQ+ folks should be watching Italy very very closely.

Italy’s Prospective PM Has a Bleak History With LGBTQ+ Issues