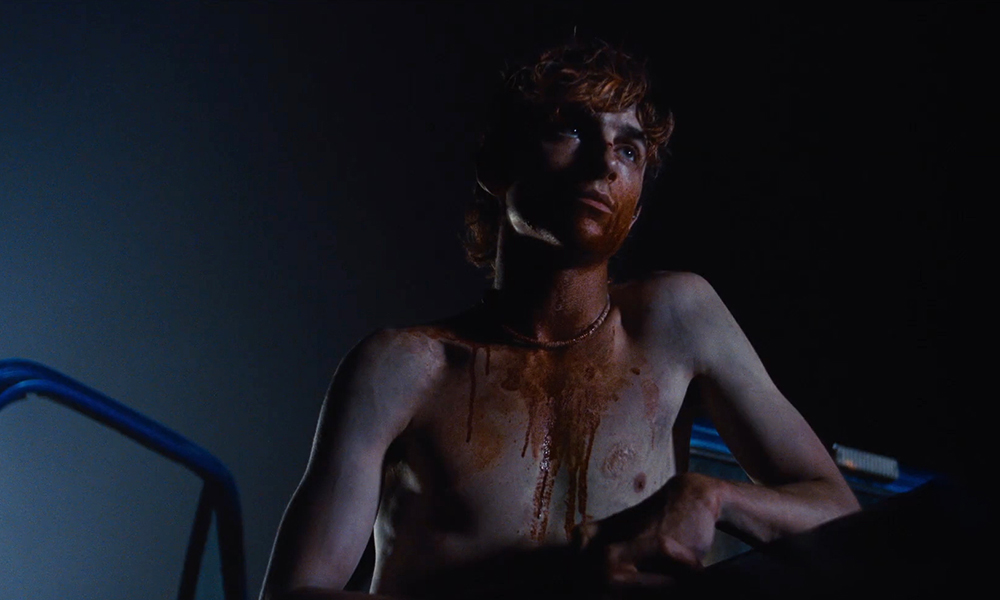 Timothée Chalamet Is Bloody Terrifying in ‘Bones and All’ Trailer

Timothée Chalamet is frightfully dreamy in the upcoming romantic thriller Bones and All.

The Luca Guadagnino-directed film follows two cannibals in love. Timothée Chalamet reunited with the Call Me By Your Name director, a film that gave him his start in Hollywood, to play the leading character, Lee. We discovered from previous teasers that Lee is a pink-haired cannibal desperate for love. But now, we know a bit more. The new trailer shows the 26-year-old actor and his costar, Taylor Russell (Maren), on a wild journey through America. It would look like any other road trip except for Chalamet and Russell’s characters wielding weapons and gruesomely attacking people every few seconds.

Bones and All Exposes a Darker Side of Timothée Chalamet

Right off the bat, we see the two lovers in a heated kiss before the shot switches. Suddenly we’re met with a bloody, shirtless Chalamet gazing ominously into the darkness. There’s also the chilling Leonard Cohen song, “You Want It Darker,” which plays in the background. Based on Camille DeAngelis’ novel of the same name, Bones and All first premiered at the Venice Film Festival. “There is something about the disenfranchised, about people living on the margins of society, that I am drawn toward and touched by,” Guadagnino said in a statement. “I want to see where the possibilities lie for them, enmeshed within the impossibility they face.”

“The movie is, for me, a meditation on who I am and how I can overcome what I feel, especially if it is something I cannot control in myself. And lastly, and most importantly, when will I be able to find myself in the gaze of the other?”

Bones and All will premiere in select theaters on November 18 and everywhere on Thanksgiving.

Timothée Chalamet Is Bloody Terrifying in ‘Bones and All’ Trailer