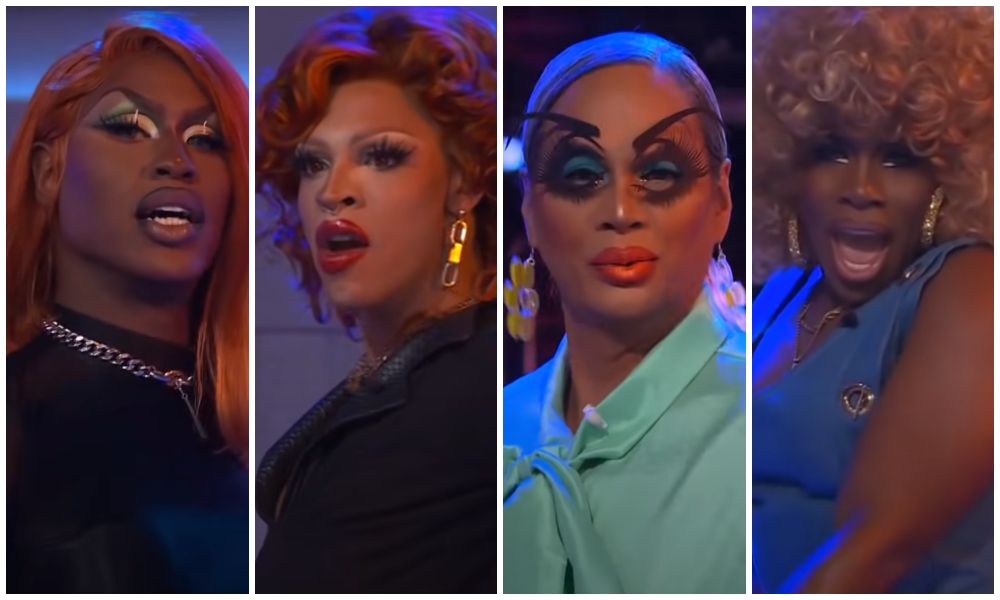 During a recent appearance on The Kelly Clarkson Show, RuPaul’s Drag Race All-Stars: Season 7 contestants Raja, Shea Couleé, Yvie Oddly, and Monét X Change broke down some of the show’s competition and skill-based challenges, including the iconic Lip Sync For Your Life.

Related| 21 Drag Race Queens Who Have Come Out as Trans

While most of the queer community is familiar with the drag competition series, some of Clarkson’s viewers in middle America likely haven’t seen the show.

Raja attempts to explain to the American Idol alum that during the Lip Sync challenge, “Lip-syncing for your life is when the two finalists, or two winners of the challenge … is that how it works, it’s been so long.” She trails off during her explanation before Shea Couleé jokingly chimes in, “either bottoms or tops.” Raja continued, “either bottoms or tops come together and then duke it out and fight each other. Whoever wins the lipsync is the winner of the night.”

As a former reality show competitor, Clarkson knows the pressure to perform without much rehearsal, but that didn’t stop her from challenging the drag superstars to an impromptu lipsync battle. That wasn’t all. They would be performing a Kelly Clarkson hit for Miss Independent herself!

Did they accept the challenge? Of course, they did because these queens are professionals! While Clarkson didn’t name a winner, it is clear she loved every minute of the performance.

Watch the performance below.