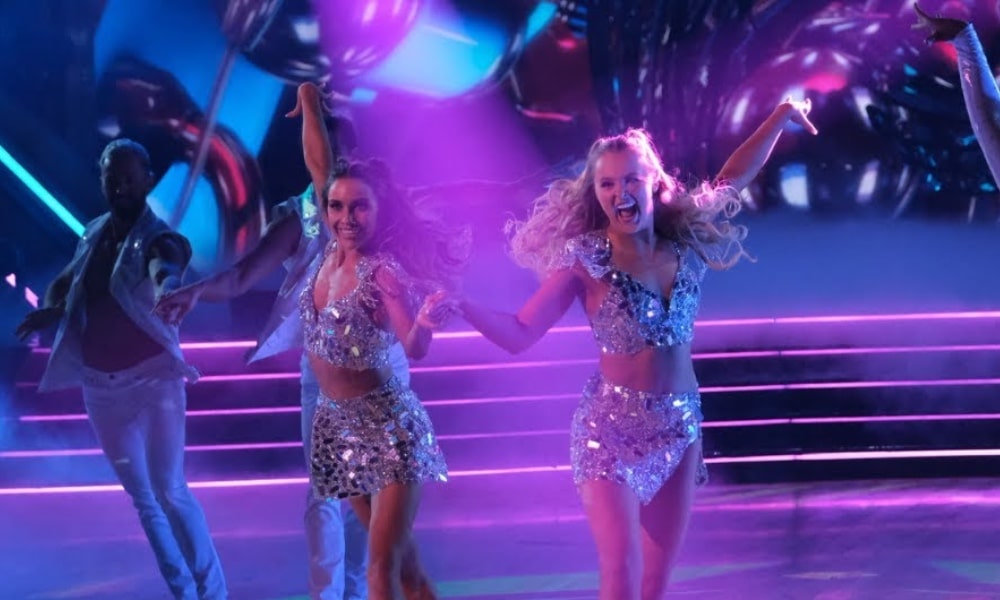 JoJo Siwa’s historic time on Dancing with the Stars has come to an end.

JoJo Siwa made history as a part of the show’s first same-sex partnership. While the 18-year-old made it to the finale, basketball star Iman Shumpert took home the Mirror ball trophy and became the first-ever NBA star to win the series.

Siwa and her partner Jenna Johnson came in second, but Siwa told reporters she had a great time. “I am very grateful for the things that I’ve won throughout being here. I’ve been making a joke now all night that since we’re dressed like mirrorballs, this is my personal mirrorball that I get to take home. It’s been such a good time. So of course, no one’s going to be like, ‘Yeah, I got second. Woo!’ But we got second. It’s awesome.”

Here’s a look back at Siwa and Johnson’s time together on the show.

In the first week, the duo started out with a quickstep to Jet’s “Are You Gonna Be My Girl.”

For week two, the duo danced the Cha Cha to “Rain On Me” by Lady Gaga & Ariana Grande.

The two decided to dance to “…Baby One More Time” by Britney Spears for Britney week on the show. The Argentine Tango is when the pair started to get comfortable on the show.

Siwa then took on the role of prince charming for the show’s Disney week. She and Johnson danced the Viennese Waltz to “A Dream Is a Wish Your Heart Makes” from the movie Cinderella.

For Villains night of Disney week, Siwa and Johnson made all our fan-fic dreams come true. The two dressed up as Mal and Evie from the Disney Channel Original Movie Descendants. They danced the Paso Doble to “Ways to Be Wicked.”

The duo turned back time for Grease week by transforming into Sandy and Frenchy for their foxtrot. Their performance earned them a well-deserved perfect score!

Despite being dressed as a clown, Siwa was not clowning around during her Jazz performance. She was dressed as Pennywise from It, and the only scary thing about the performance was how scary good they were! The duo cashed in on yet another perfect score.

The two decided to dance the Argentine Tango for the second time for their redemption round. This time they danced to “Santa Maria (Del Buen Ayre)” by Gotan Project. Siwa and Johnson stepped it up in order to secure a perfect score and thus a spot in the finale!

How Siwa and Johnson performed in the finals.

During the semi-finals, Siwa and Johnson delivered a beautiful contemporary dance to Lewis Capaldi’s “Before You Go.” This earned them a perfect score in our hearts and from the judges too.

This brings us to the finale where Siwa danced to the mother monster herself, Lady Gaga. In their final dance together, the two danced “Born This Way,” and the performance screamed, love wins! It was a stunning way to end the season, and the judges agreed, giving them their final perfect score.