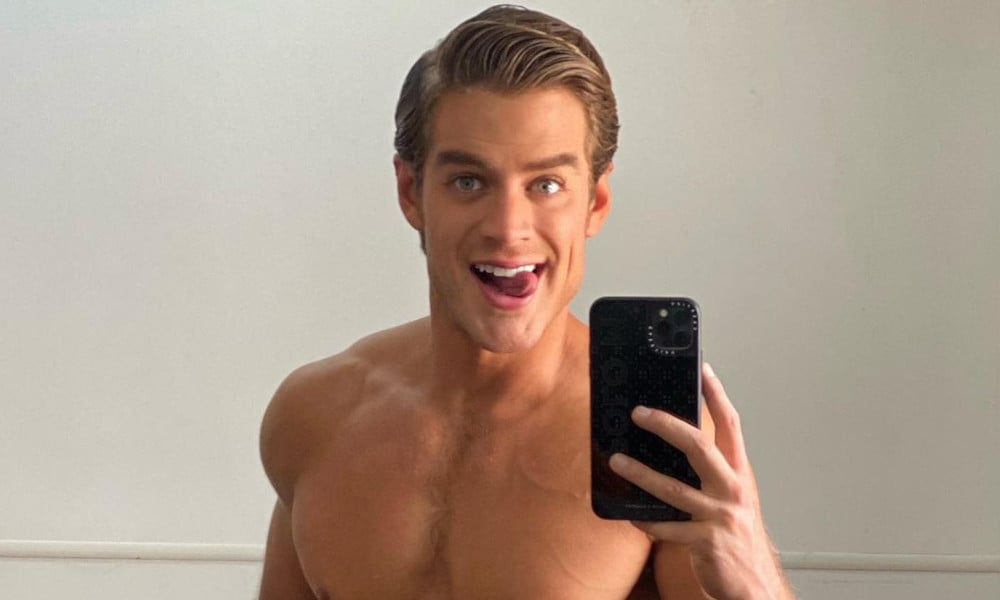 Out actor Polo Morín is on the rise to stardom. He has recently landed multiple roles in Netflix projects and will appear alongside Nicholas Galitzine and Taylor Zakhar Perez in Amazon’s film adaptation of Red, White & Royal Blue. Though Morín is moving forward in his career, he’s also reflecting on his past.

In an interview with Attitude, the actor opened up about a traumatic experience that involved blackmail, nude photos, and being outed as gay online.

At the beginning of his career, Morín received an anonymous message. A blackmailer threatened to leak nude photos stolen from a webcam session unless the actor paid them large amounts of money.

Morín ignored the messages, and as a result, the photos were released. Luckily, no one could see who he was on a call with.

However, the story doesn’t end there. Two years later, Morín’s emails were hacked and photos of him and his boyfriend were taken from his computer. The hacker then took over his Facebook account and drafted a fake post. They made it look like Morín was coming out to the world, an act he told Attitude he was not ready to do at the time.

“I was already talking about [coming out as gay] with my bosses and my producers, because it was something that I did want to do for younger Polo, because I never had that example in my youth. I wanted to be that person for someone else. But I was not ready, because I was really scared that I would never work again in Mexico.”

Though Morín still found work after the incident, he noticed that most offers had him playing stereotypical gay characters. He also lost over 100,000 followers.

But things are looking up for the actor. He starred in Netflix’s Who Killed Sara series and will play Julián in the upcoming Mexican drama, High Heat.

He is also starring in the highly-anticipated film, Red, White & Royal Blue, an adaptation of Casey McQuiston’s bestselling novel by the same name.

Morín will play the former partner of Alex Claremont-Diaz. The story follows the romance between the First Son of the President of the United States and the Prince of England.