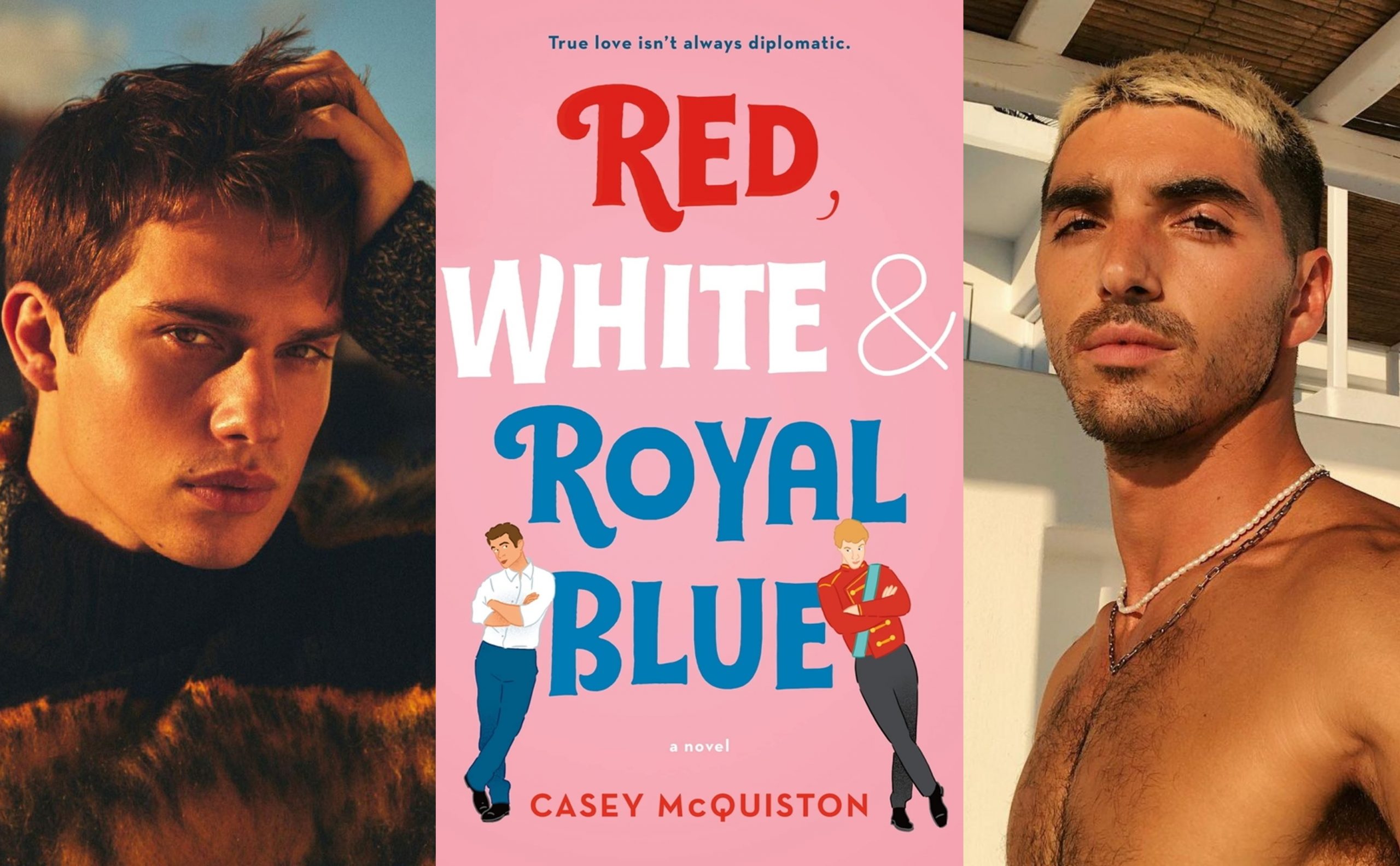 History, huh? Bet we could make some.

The time has finally come to announce the cast of the highly anticipated Prime Video reimagining of Casey McQuiston’s best-selling novel, Red White & Royal Blue. Who will play the ever-charming Prince Henry and the charismatic Alex Claremont-Diaz? Let’s find out!

Taylor Zakhar Perez will play Alex. The 30-year-old actor is best known for his role in Netflix’s The Kissing Booth series.

Nicholas Galitzine will play Prince Henry. He’s known for his roles in High Strung, Handsome Devil, and the Prince in Kay Cannon’s Cinderella. So we already know he can play royalty (Hi Prince Robert!).

The film follows the Mexican-American character Alex Claremont-Diaz (Perez), who, upon his mother’s election as President, is promptly cast as the American equivalent of a young royal. Handsome, charismatic, brilliant―his image is pure millennial-marketing gold for the White House. There’s only one problem: Alex has a long-running feud with his royal counterpart across the pond, Prince Henry (Galitzine). And when the tabloids get hold of a photo involving an altercation between the two, U.S./British relations take a turn for the worse. Heads of family, state, and other handlers devise a plan for damage control: staging a truce between the two rivals.

What at first begins as a fake, Instragramable friendship grows into something more meaningful than either Alex or Henry could have imagined. Soon, Alex finds himself hurtling into a secret romance with a surprisingly unstuffy Henry that could complicate his mother’s re-election campaign and upend two nations, and begs the question: Can love save the world after all?

If you’re a fan of the book, you know this is about to get adorably queer.

McQuiston’s Red White & Royal Blue is not only a New York Times bestseller, but it also was named Goodreads Choice Award Winner for “Best Debut,” “Best Romance of 2019,” and “Best Book of the Year,” by Vogue, NPR, Vanity Fair, and more.

With an incredible fanbase already established, it’s no wonder it took a while to cast the FSOTUS and Prince.

“It has been a thrill to hand this story over to Berlanti/Schechter, Amazon, and our fearless leader Matthew López and watch them make so many smart, bold, thoughtful choices to bring it to life,” said McQuiston. “This casting is no exception. I absolutely can’t wait to see Taylor and Nicholas on-screen as Alex and Henry.”

“Meeting with and auditioning literally hundreds of actors over these past several months has been a painstaking labor of love that has brought us this diverse and extraordinary cast, led so fantastically by Nick and Taylor,” said director Matthew López. “I cannot wait for the fans of the book (and indeed for the world) to find out how remarkably gifted and perfect these two actors are for bringing Henry and Alex to life.”

So get ready to make history because Red White & Royal Blue is starting production this month!