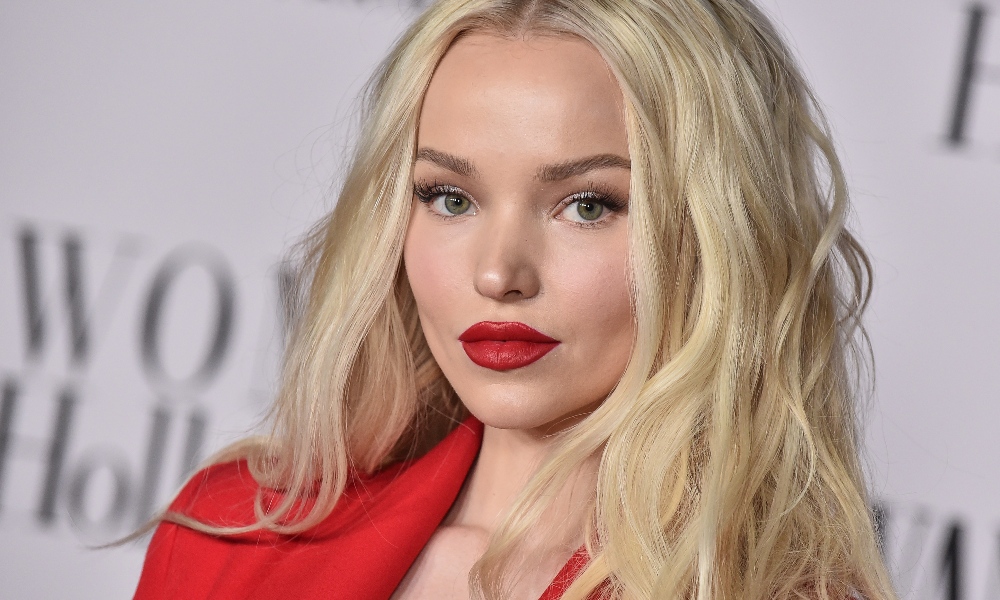 Dove Cameron Speaks On Her Sexuality

Descendants star Dove Cameron has endeared herself to Disney lovers because of her bubbly on-screen energy. But her social media posts show a more complicated young woman who’s emerging from her shell. Her candid captions and moody music talk a lot about heartbreak and struggles with self-esteem. But one of the biggest topics she’s opened up about online is her sexuality.

Is Dove Cameron lesbian or straight? Whom has the Disney darling dated, and what’s she working on now? Keep reading to learn more about this Hollywood girl next door and what she has to say about her identity!

Who Is Dove Cameron?

American singer and actress Dove Cameron’s birth name is Chloe Celeste Hosterman. She changed her legal name to “Dove” as a tribute to her dad, who passed away when she was just a teenager.

Cameron first entered the spotlight as a Disney Channel star, playing the dual roles of twins Liv and Maddie Rooney in the Disney series Liv and Maddie. The success of this breakout role led to her casting as Mal in the Descendants series and Betsy in Schmigadoon, a musical parody show.

She’s also known for her musical talent, playing Amber Von Tussle in the NBC live TV production Hairspray Live!, Cher in the off-Broadway production of Clueless, and Clara in the London staging of The Light In The Piazza. Cameron’s singles have also made waves, with the 2021 single “Boyfriend” becoming her first solo hit to chart in the Billboard Hot 100.

Recently, Cameron was cast in the live-action series Powerpuff as Bubbles and as Mae in the movie adaptation of the YA romance Field Notes on Love. She’s also planning to release her new song “Breakfast” in June 2022. 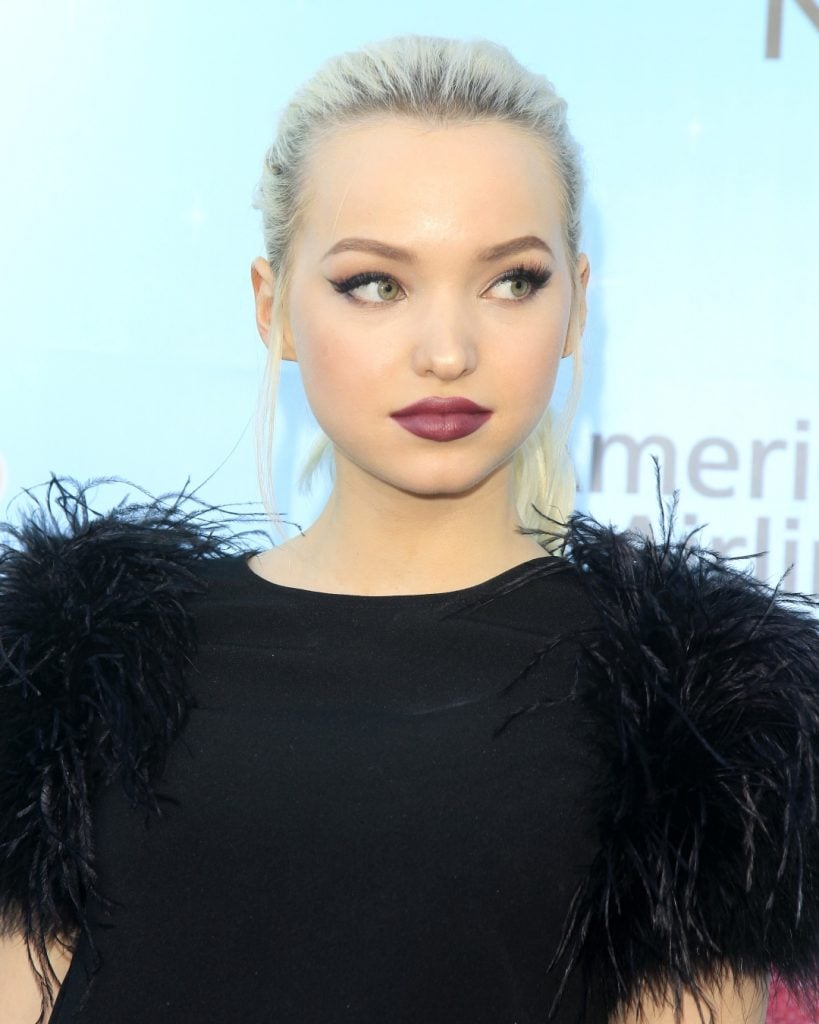 Who Has Dove Cameron Dated?

One of Dove Cameron’s first relationships in the spotlight was with her Liv and Maddie co-star Ryan McCartan. She was with the actor for four years and was even engaged to him until they called things off in October 2016.

McCartan wrote on Twitter: “Dove has decided this relationship isn’t what she wants. We still love each other very much. Please be sensitive, as this is painful.”

The split appears to have been less than friendly, as the former lovebirds started tweeting shady things about each other. However, they seem to have patched things up since. Cameron said in 2019, “My first boyfriend ever I found through Liv and Maddie, and I’m so grateful for that experience and what he taught me.”

Cameron then started dating her Descendants co-star Thomas Doherty in 2017. Their chemistry was instant, prompting the Disney actress to gush to Seventeen, “We had barely met, and he was like, ‘I think I just fell in love with you.”

Sadly, the pair’s passionate romance fizzled out in October 2020 — just a few months after their third anniversary and in the middle of the COVID-19 pandemic. Cameron is dating around but has yet to make things official with anyone.

During a Refinery29 interview, she admitted, “It’s messy right now. I’m dating a couple [of] people. It’s pretty watery, the intimacy of the world that I find myself in now.” 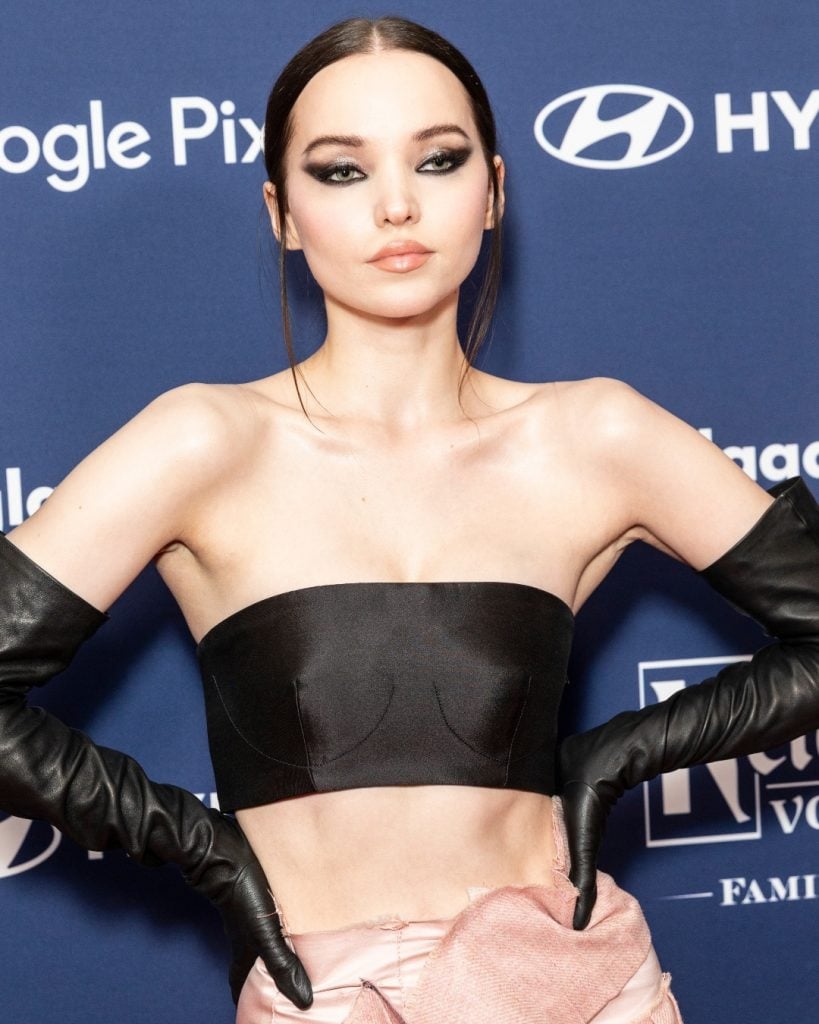 Dove Cameron is bisexual. Cameron came out during an Instagram Live stream in August 2020, where she opened up to her fans about her sexuality. She later amended this to identifying as “queer” because, for Cameron, “gay”. “lesbian”, or “bisexual” didn’t quite feel like the right labels for herself.

Her words in a Gay Times interview are a powerful reminder that just as labels empower some, others like Cameron may feel more liberated by a lack of them. “I’m not a label person, but I would say that I am queer and that’s probably my most accurate way to represent myself. With the process of coming out, it was about who I am as a whole rather than who I choose to date or sleep with.”

Cameron has also been candid about the challenges that initially made her wary of coming out. In the same interview, she said, “I was really nervous to come out, and one day, I dropped it because I was behaving like somebody who was out and I realized I wasn’t.”

She’s emphasized that while Disney never asked her to hide her sexuality, she also felt that many people didn’t know she was queer because of her straight-passing appearance. This was what motivated Cameron to clear the air.

She bluntly stated in a Refinery29 interview, “They never asked me to hide anything. It’s more that people see me and go, ‘Oh, femme, straight, heterosexual, blonde.’ Who is going to look at me and guess otherwise? Everybody knew Kristen Stewart was gay. Nobody is going to think I’m gay. Nobody.” 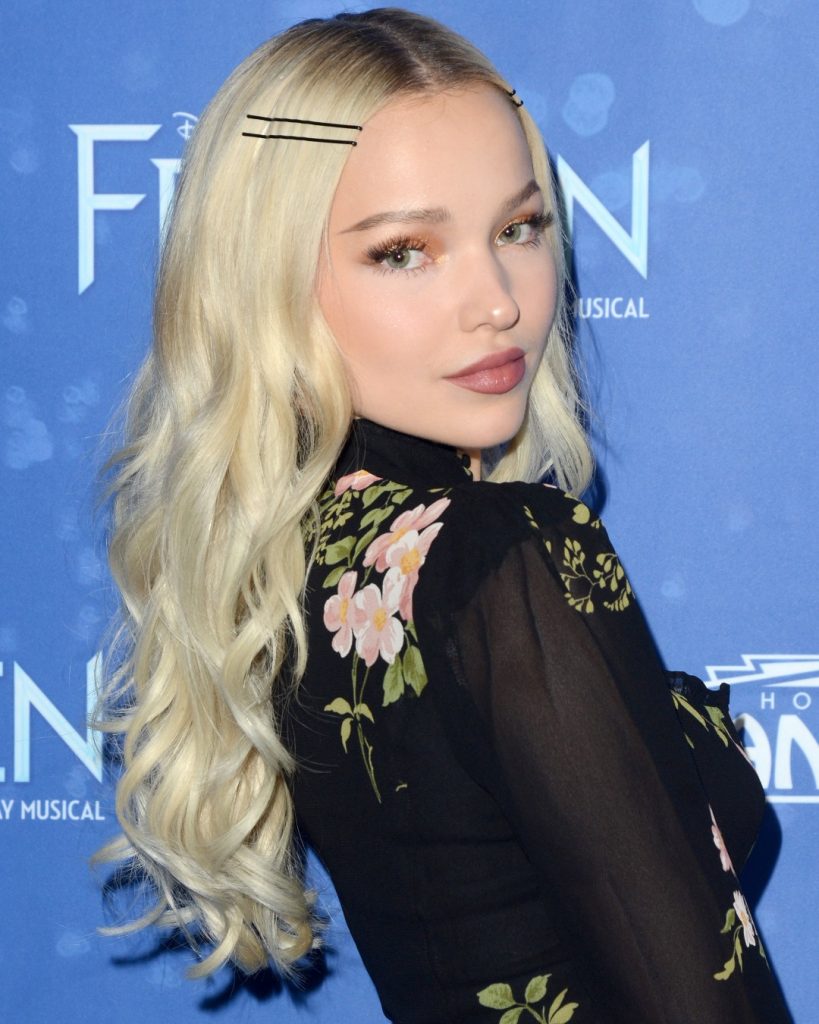 Dove Cameron identifies as queer, and she’s still exploring her identity while navigating the complicated world of Tinseltown. It’s great that she’s becoming more comfortable in turning that journey into art, as evidenced by her sultry queer anthem “Boyfriend”. It’s her first song from a queer perspective and a big hit, so we can’t wait to see if she’ll release more music like it!

Related | Is Hugh Jackman Gay? A Definitive Answer From The Man Himself

Dove Cameron Speaks On Her Sexuality