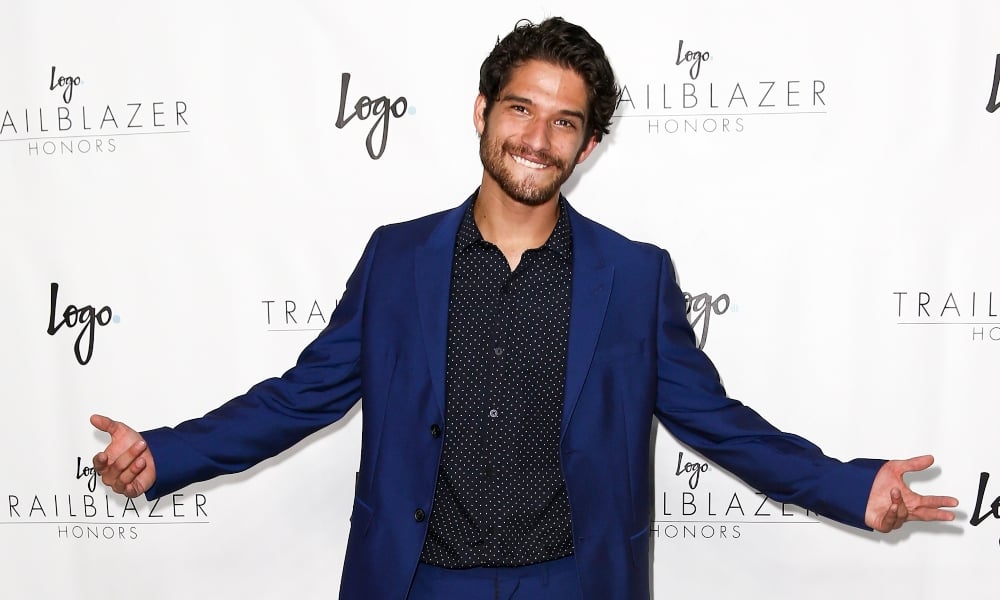 If you were a teenager in the 2010s or an adult who just loved the supernatural TV show Teen Wolf, then you’re probably familiar with Tyler Posey’s guy-next-door charm. Outside of the popular TV series, the Los Angeles local has done work for the Scary Movie franchise and even appeared in a Halsey music video.

Part of living in the public eye means folks will speculate about your sexuality, and Tyler’s no stranger to coming out and discussing his romantic life. He’s talked about “being with everyone under the sun,” which makes his fans wonder, is Tyler Posey queer? Is he bisexual? Or is he a straight man experimenting with his sexuality? We have the answers, so keep reading to find out.

The first part of our investigation into Tyler Posey’s sexuality starts with his known love interests. Here’s a short rundown of all the stars and non-celebs Tyler Posey has dated in the last decade:

One thing we’ve noticed is that there’s a conspicuous lack of men on this list, which may lead many fans to assume he’s straight. However, Posey has given admirers more than a few reasons to think he may be more open to male lovers than his history makes him seem.

Tyler Posey’s Many Stages Of Coming Out

One thing many casual Tyler Posey fans may not know is that he has a complicated relationship with coming out. In recent years, he’s answered the question of “is Tyler Posey gay?” by simply coming out and being open about his sexuality. However, this wasn’t always the case.

In 2011, a fan on Twitter asked Tyler if he was bisexual, to which he responded, “I like girls and girls, so does that count as bi?” He had also self-identified as straight many times in the years after his tweet. He’s even gone as far as “fake coming out” to his followers on Snapchat by screaming, “I’ve never felt more alive. I’m gay!” at the corner of Christopher and Gay street in Manhattan. Later, he rescinded the comment and clarified that he meant he was “happy.” Yikes.

Luckily, Tyler Posey’s character development didn’t end with his tone-deaf joke, although he would feel the consequences of his actions years later. Almost ten years after his fake coming out, the Teen Wolf star opened up about his sexuality on his OnlyFans in 2020. In a revealing Q&A session, Posey detailed his experiences with other men: “I haven’t had sex with a man. We’ve blown each other, you know what I mean? But never had sex.”

Later, he also revealed that he had been with transgender women in the past and is very confident about his sexuality. He also called himself “maybe bi” and asserted that labels were unnecessary. However, unfortunately for Posey, things didn’t go as smoothly as planned. While coming out and living authentically is generally a well-celebrated milestone, some fans felt Posey wasn’t being genuine.

In 2021, Tyler told media outlets that some fans were accusing him of “gay-baiting” and using his coming-out story as a way to make more money. These same fans referenced his fake coming-out video and old tweets, completely disregarding that they were from a decade earlier. They also zeroed in on Posey’s confession that he was “very attracted to women” and was “just experimenting”.

So, Is Tyler Posey Gay, Bi, Or Queer?

At this point, you may be thinking to yourself, “so is Tyler Posey bisexual or not?”. Luckily, it seems he’s finally achieved some clarity about his sexuality and has been willing to share it with the world.

In 2021, Tyler Posey came out as sexually fluid, which means that his sexual preferences aren’t set in stone. If you think about it, this self-disclosure aligns with his wishy-washy understanding of his sexuality over the years. After all, how can you chase a concrete label when your sexuality is just what it is in the moment?
Posey credits his girlfriend, Phem, for opening his eyes to sexual fluidity and queerness.

Tyler Posey is sexually fluid, which can seem a little confusing for many people, but it goes to show that sexuality is flexible. That said, fans aren’t always lucky enough to get the 4-11 on a celebrity’s sexuality straight from the person, so Posey’s confession is a rare, yet welcome treat for the industry and the LGBT community alike.
It’s easy to lose track of your favorite celebrities as they come out and discuss their sexualities. Luckily, we have you covered. If you want to stay up-to-date with the latest news on queer icons and celebrities, keep reading Gayety!