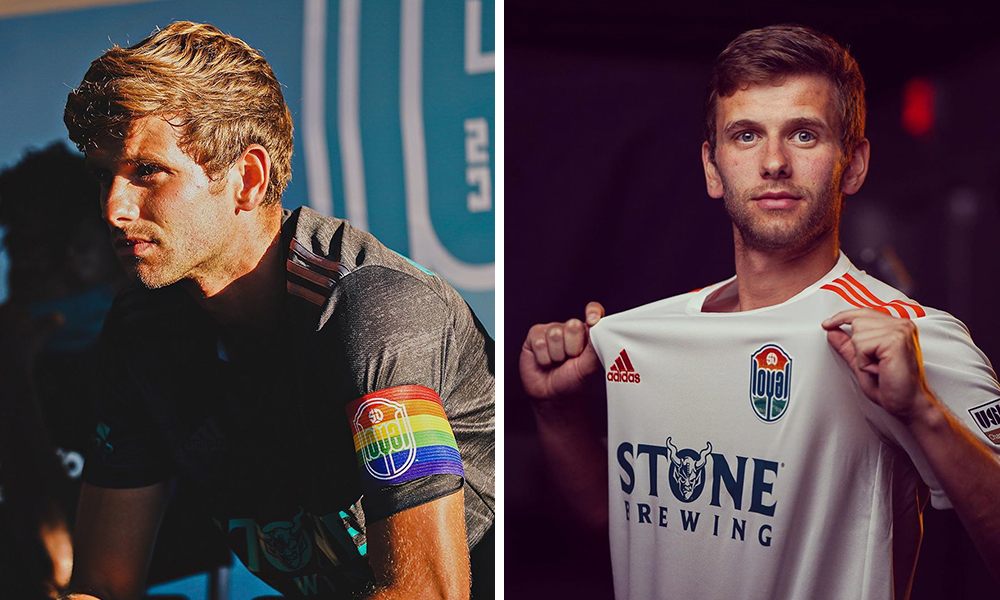 “The only way you make change is by doing something drastic.”

When international soccer star Thomas Beattie came out in June, we talked about the hyper-masculine world that is most professional sports. It’s no secret that coming out in these spaces is especially more challenging for that reason.

Homophobia has gone unchecked, and even celebrated in these spaces for too long. On Wednesday night, as they were playing Phoenix Rising, The San Diego Loyal and their coach Landon Donovan decided to do something about it.

Just before halftime, gay midfielder Collin Martin was allegedly called a homophobic slur by a Phoenix player. While leading 3-1, the Loyal walked off the field, forfeiting their USL second division match. Collin Martin’s account of the events can be read below.

My statement on what happened in last nights match. The response that followed from my coaches, teammates, and the entire @SanDiegoLoyal organization was truly moving. They had my back and wanted to make a statement that we aren’t going to stand for this hate in our game. pic.twitter.com/yhTxeL2XkC

This came one week after the Loyal forfeited their game against LA Galaxy II. In the 71st-minute Loyal defender, Elijah Martin was called a racial slur by the opposing team. Both teams planned to pause Wednesday night’s game in the 71st minute in solidarity with Elijah Martin.

Coach Donovan felt there was no point in waiting until then if they couldn’t act now for Collin Martin. “If we’re going to say that, and if we’re going to wear armbands, and we’re going to wear rainbow-colored during June and BLM armbands and kneel before the games, that’s great. But when the real moment comes and we don’t act, then we’re all complicit,” said Donovan.

This decision was not taken lightly, and each player understood the choice they were making. Forfeiting this game has effectively ended their season, abandoning a real shot at making the playoff. This weighed especially heavy on Collin Martin.

“I sat in the locker room last night and watched Collin Martin with his head in his hands for 30 minutes,” said Donovan. “Forget about, yes, the slur, yes, how everyone responded. You have to remember, he also feels bad because we now forfeited a game because of something that happened to him. He wants to play. He’s playing the best soccer of his life. He feels bad about that, too. He didn’t do anything. That’s a real human life that is being impacted.”

In a statement, the USL said that it is investigating what happened. “Abusive language of any type has absolutely no place in our society and will not be tolerated in USL matches.” The league will also go through “comprehensive sensitivity training” ahead of the next season and intends to implement more severe punishments for anyone found to have used foul and abusive language.

Whatever your thoughts on Donovan’s call, it’s hard to deny that this act has raised quite a few eyebrows. As Donovan said, “The only way you make change is by doing something drastic.” It takes big moves to make big changes, and we hope to see more of that for queer people in professional sports.

As Collin Martin put it, “I hope this can be another example that we have a long way to go in educating ourselves and kicking hate out of our game.”