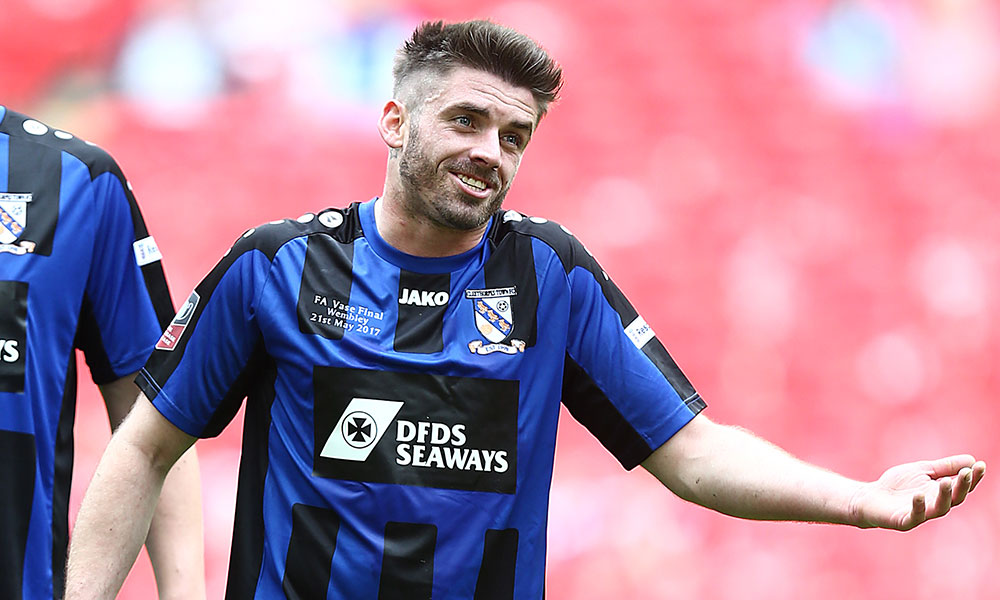 Openly gay soccer player Liam Davis (27) is on a mission; he hopes to inspire other professional athletes to come out of the closet. Although the Cleethorpes Town midfielder admits his opponents have harassed him over his sexuality, he believes that soccer has become more accepting of queer players.

As part of Uefa’s Equal Game campaign, Davis shared his experience with coming out and offered guidance and encouragement to junior players.

“My advice to a young gay footballer at any level or any standard is just to be themselves,” he says.

“Don’t over-worry and overthink things. I don’t think it will be as big an issue as you think.

I never once thought about football when I came out. It was just a case of; this is who I am, and I think this is the time to tell people who I am.

But I would never, ever overthink it. And then football just fell into place. It was out of season at the time. I joined a new team, didn’t think about it and everything went on like normal.”

Davis thinks that LGBTQ soccer players can flourish, even if they irregularly face homophobic comments or anti-gay slurs.

“Footballers say things to try to get a reaction, and that’s maybe why I’ve had a couple of comments,” he says.

My team-mates have always backed me up.

When you’re playing, it is just another game. My sexual orientation has never been a thought when I’m playing football.

It has always been about just football. What we do on the pitch should stay on the pitch. What you do off the pitch is your life.”

“We do not tolerate any kind of homophobic, racist or sexist behavior, and we will always stand for values such as diversity, gender equality, and social inclusion.”

Piara Powar, the executive director of Football Against Racism in Europe, praised Uefa for addressing homophobia in soccer:

“The Uefa Equal Game film about Liam represents the first time that an international football governing body has addressed an issue that is still a taboo in many parts of Europe.

The film helps us all to understand that in football there is a place for all of us to be accepted whatever our background and that homophobia and exclusion cannot be tolerated.”