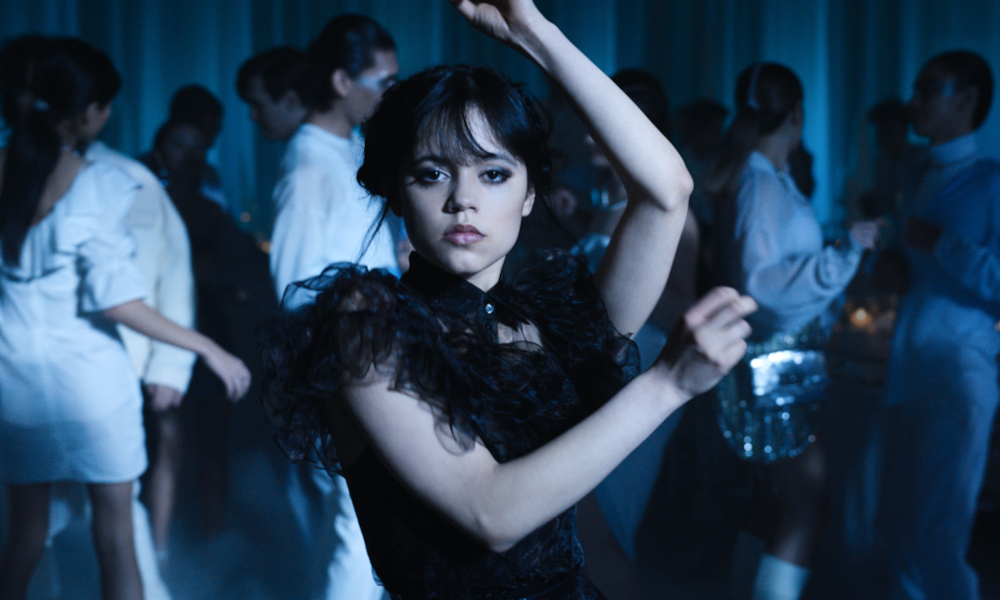 Netflix has finally put us out of our misery and announced the return of Wednesday Addams in the record-breaking supernatural series.

If you hear screaming, don’t worry. That’s just us celebrating the return of Netflix’s Wednesday. The series premiered on the streaming service in late November and immediately captivated audiences with its apathetic, pig-tailed goth girl and hypnotic mysteries. It became Netflix’s second most-watched series and broke their TV series record for most hours viewed in a single weekend.

The Jenna Ortega-lead series comes from creators Al Gough and Miles Millar and is directed by Tim Burton. There is no word yet on whether or not Burton will return for the second installment.

“It’s been incredible to create a show that has connected with people across the world,” said Gough and Millar in a statement. “Thrilled to continue Wednesday’s tortuous journey into season two. We can’t wait to dive head first into another season and explore the kooky spooky world of Nevermore. Just need to make sure Wednesday hasn’t emptied the pool first.”

When Gayety spoke with Ortega at the premiere of the first season, she spoke on why LGBTQ+ fans feel a connection with her character Wednesday. “I think because she’s a badass,” said Scream star Jenna Ortega. “She’s cool, she’s got a nice sense of style, but she’s somebody who embraces her differences and isn’t out to please anybody. And I feel like that’s a really, really powerful thing to see.”

Viewers saw Wednesday caught in a love triangle between the local barista boy Tyler (Hunter Doohan) and fellow Nevermore student Xavier (Percy Hynes White), but it was her relationship with her roommate Enid (Emma Myers) that captured our hearts. We can’t wait to see how their relationship develops in S2.

“We wanna sort of explore and sort of complicate all of those relationships going forward,” Gough told The Hollywood Reporter. “The school was closed when they left, which gave us the most possibilities for season two, and I think that’s something that we’re excited to explore. For us, the show also is really about this female friendship, with Wednesday and Enid really being at the center of that. The fact that they really connected with audiences, it has been really gratifying.

“So, we’re excited to explore now that Wednesday’s dipped her toe into the friendship pool, what’s that gonna look like? It’s like, she hugged. That was her big arc for the season, right? So it’s like now, we do that. Then, the other thing that’s really interesting is to continue to explore the Wednesday-Morticia mother-daughter relationship as well, which now that Morticia (Catherine Zeta-Jones) knows about the power, it has given her sort of an idea of how that’s going to go. How is their relationship going to evolve?”

Season one of Wednesday is streaming now on Netflix.